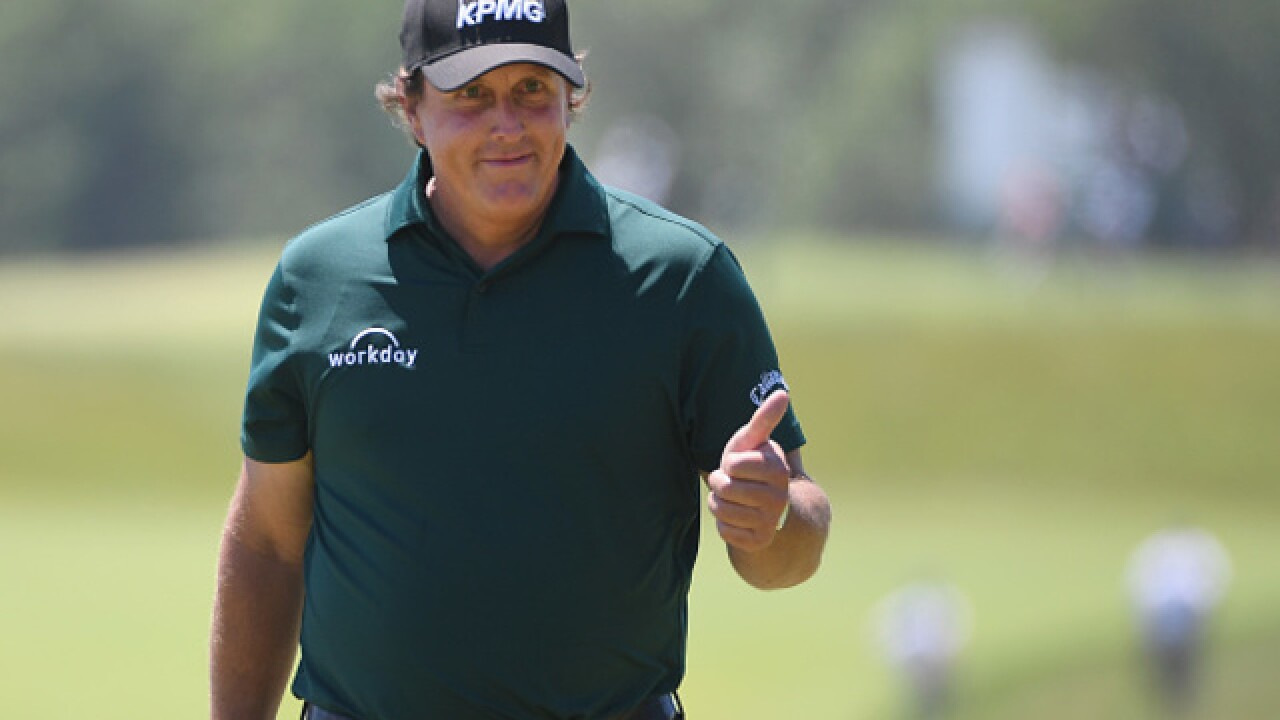 Image copyright 2018 Getty Images. All rights reserved. This material may not be published, broadcast, rewritten, or redistributed.
Ross Kinnaird
<p>SOUTHAMPTON, NY - JUNE 16: Phil Mickelson of the United States acknowledges the crowd singing "Happy Birthday" on the third green during the third round of the 2018 U.S. Open at Shinnecock Hills Golf Club on June 16, 2018 in Southampton, New York. (Photo by Ross Kinnaird/Getty Images)</p>

DETROIT (WXYZ) — The Rocket Mortgage Classic has three of golf's biggest names as early commitments to the tournament.

Phil Mickelson, Rickie Fowler and Bubba Watson have committed to play in the second annual tournament, scheduled from May 25-31 at the historic Detroit Golf Club.

Mickelson is a huge get for the tournament, with 44 PGA Tour win and five major championships. He didn't play in last year's tournament.

Fowler, who is a Rocket Mortgage ambassador, will return to Detroit. He finished T46 and -9 for the tournament last year. Watson is also returning after he missed the cut in 2019.

Tickets for the tournament go on sale Wednesday, Jan. 22 at 9 a.m. and can be purchased at RocketMortgageClassic.com. Last year, nearly every round of the tournament sold out, and officials expect the same to happen in 2020.

This year, the tournament will open gates on Memorial Day, and for just $15, fans can purchase a grounds pass that allows them to access practice rounds on Monday and Tuesday.

Grounds ticket prices during tournament play are $50 for Thursday, $55 for Friday and $60 each for Saturday and Sunday. Weekly grounds passes are available for $180, granting access to each day of the Rocket Mortgage Classic.

Officials also say there will be larger and more public viewing decks and grandstands, and the return of AREA 313.

“By all accounts, the first Rocket Mortgage Classic was a major success, but what excites me more is the focus the entire team has on making the 2020 event even better,” said Jay Farner, Quicken Loans CEO. “We are honored to be able to help create a world-class sporting event highlighting Detroit, while also raising more than $1.2 million to help serve children and veterans in our community.”