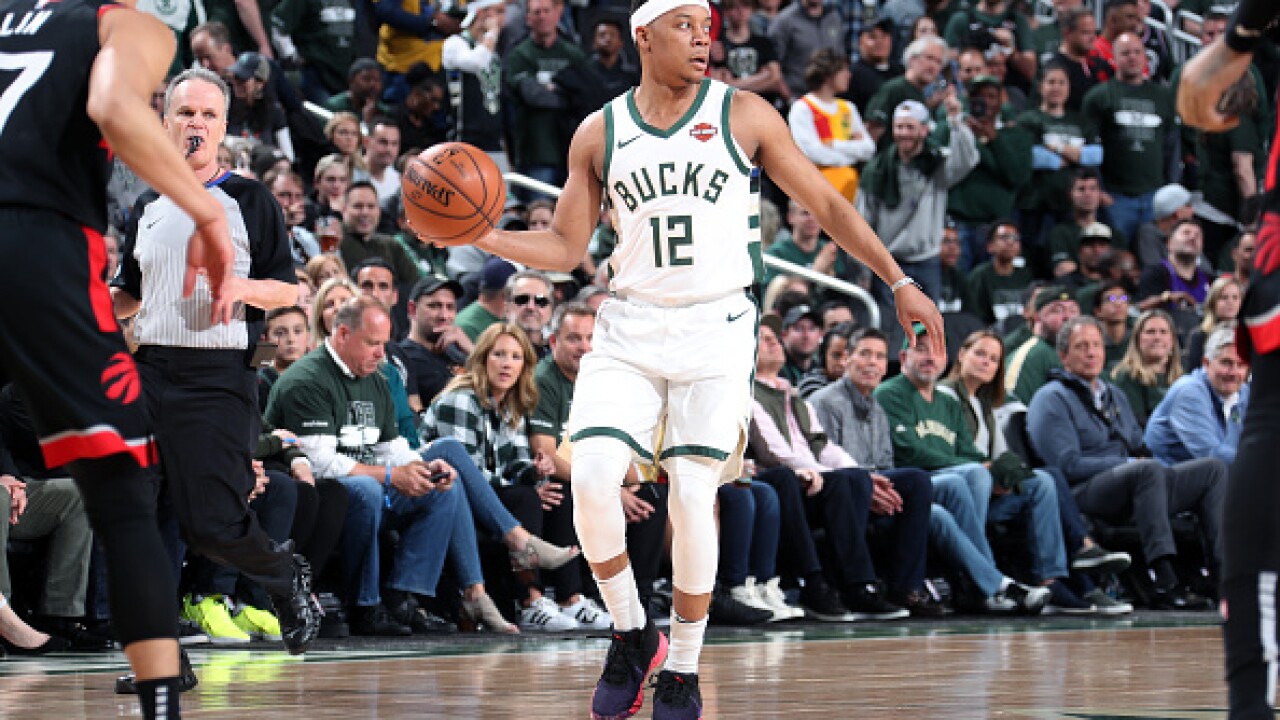 Nathaniel S. Butler/NBAE via Getty Images
MILWAUKEE, WI - MAY 17: Tim Frazier #12 of the Milwaukee Bucks handles the ball against the Toronto Raptors during Game Two of the Eastern Conference Finals on May 17, 2019 at the Fiserv Forum in Milwaukee, Wisconsin. NOTE TO USER: User expressly acknowledges and agrees that, by downloading and/or using this photograph, user is consenting to the terms and conditions of the Getty Images License Agreement. Mandatory Copyright Notice: Copyright 2019 NBAE (Photo by Nathaniel S. Butler/NBAE via Getty Images)

WXYZ — The Pistons have added a third point guard, accoring to a report by Yahoo Sports.

Tim Frazier, who most recently spent time with the Milwaukee Bucks and New Orleans Pelicans, signed a one year, two million dollar deal with Detroit.

Frazier won't be a normal rotation player, but with injuries to poitn guard in recent seasons, he can be a viable option to spell newly signed Derrick Rose and starter, Reggie Jackson.

This is the second free agent the Pistons have added since free agency began on Sunday.