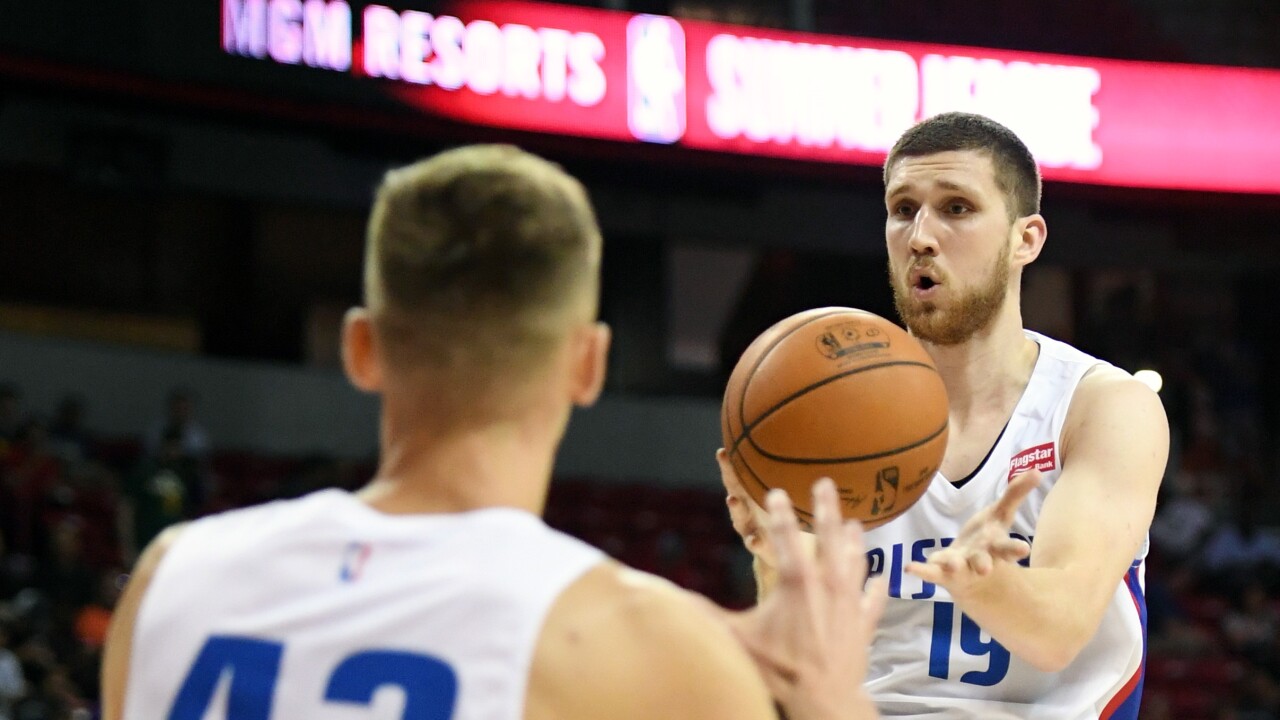 Ethan Miller/Getty Images
LAS VEGAS, NEVADA - JULY 06: Sviatoslav Mykhailiuk #19 of the Detroit Pistons passes to teammate Jarrod Uthoff #43 during a game against the Portland Trail Blazers during the 2019 NBA Summer League at the Thomas & Mack Center on July 6, 2019 in Las Vegas, Nevada. The Pistons defeated the Trail Blazers 93-73. NOTE TO USER: User expressly acknowledges and agrees that, by downloading and or using this photograph, User is consenting to the terms and conditions of the Getty Images License Agreement. (Photo by Ethan Miller/Getty Images)

At the Thomas & Mack Center, the Detroit Pistons (2-0) got 18 points from Svi Mykhailiuk and 17 points and 10 assists from Bruce Brown in a lopsided win over the Portland Trail Blazers (0-1).

The Pistons made 15 3-pointers.

Portland was led by 15 points by Anfernee Simons and 13 from Devin Robinson. Rookie first-round draft pick Nassir Little struggled, finishing with two points on 1-of-6 shooting in 22 minutes.

The NBA Summer League games are being played at two venues -- the Thomas & Mack Center and Cox Pavilion at UNLV. The NBA said a survey was completed by two separate independent structural engineers on Saturday, which determined the facilities were safe.

The overhead scoreboard at the Thomas & Mack Center swayed during the quake, which caused major concern about safety. The floor in the Cox arena sustained minor damage that was repaired.

NOTES: Several players who are expected to play in Las Vegas couldn't join their new teams because their rights were traded at the June 20 draft in deals that were unofficial until Saturday. Among those was KZ Okpala of the Miami Heat, who joined his new franchise for the first time Saturday and is expected to make his Summer League debut on Sunday. Okpala watched Miami's first four summer games on television and says he's "just trying to stay ready."