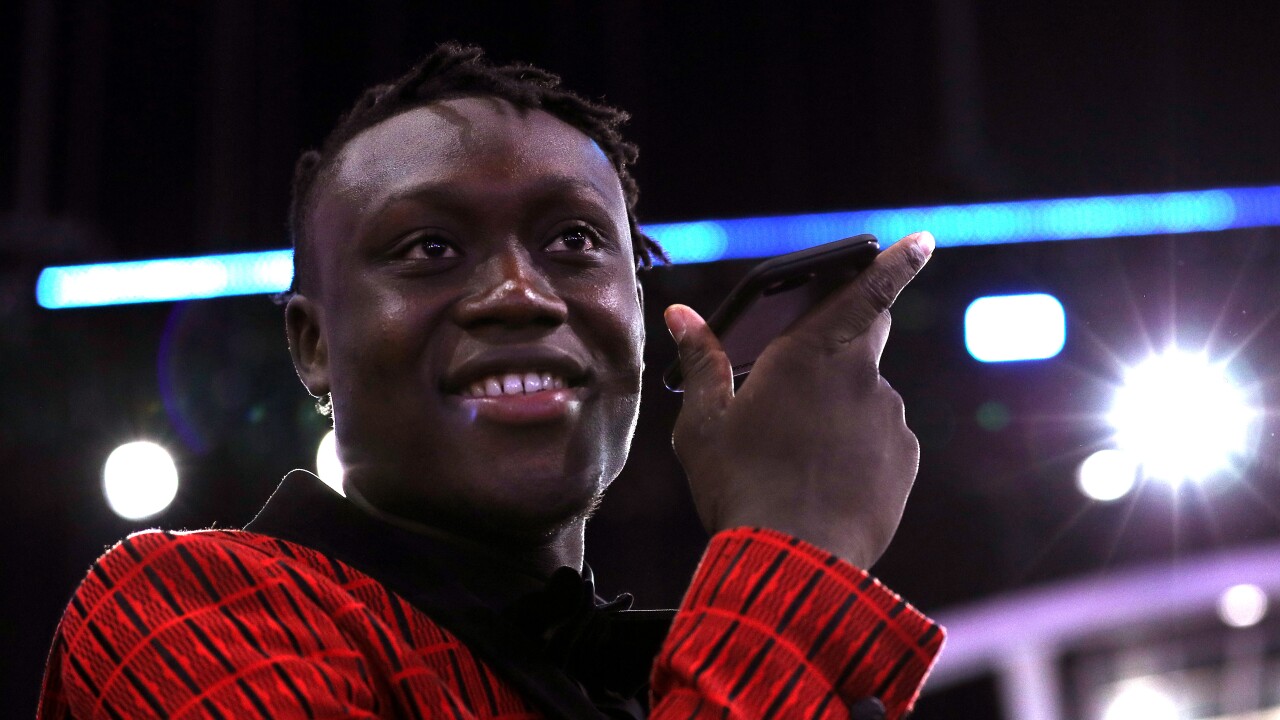 Mike Lawrie/Getty Images
NEW YORK, NEW YORK - JUNE 20: NBA prospect Sekou Doumbouya looks on before the start of the 2019 NBA Draft at the Barclays Center on June 20, 2019 in the Brooklyn borough of New York City. NOTE TO USER: User expressly acknowledges and agrees that, by downloading and or using this photograph, User is consenting to the terms and conditions of the Getty Images License Agreement. (Photo by Mike Lawrie/Getty Images)

AUBURN HILLS, Mich. (AP) -- The Detroit Pistons drafted Sekou Doumbouya with the No. 15 pick of the NBA draft Thursday night.

The 6-foot-9, 230-pound Doumbouya played last season in France's top pro league. He does not turn 19 until December. A native of Conakry, Guinea, Doumbouya moved to France when he was a year old. He did not begin playing basketball until he was 12.

Doumbouya he averaged 17.8 points per game for France at the 2016 FIBA U18 European Championship.

For a little while, the Pistons controlled two first-round picks. Detroit agreed to trade Jon Leuer to the Milwaukee Bucks in exchange for Tony Snell and the 30th pick, according to a person with knowledge of the deal. The person spoke to The Associated Press on condition of anonymity because the trade was not yet official. Trades can't be completed until the new league year starts July 6.

But the player drafted at No. 30 -- USC guard Kevin Porter Jr. -- is headed to Cleveland after the Cavaliers agreed to a deal sending future second-round picks to Detroit.

The Pistons also traded their second-round pick (No. 45) and two future second-rounders to Dallas for the No. 37 pick, according to the person who spoke with AP. That 37th pick was used on 6-foot-8 Deividas Sirvydis of Lithuania.

Detroit made the postseason this year but was swept by Milwaukee in the first round. The Pistons have been building around the trio of Blake Griffin, Andre Drummond and Reggie Jackson, and with Griffin and Drummond under big contracts, the Pistons' flexibility has been limited. They could use a productive addition or two from the draft, and Doumbouya has potential.

"He played against men in a good league over there," Stefanski said. "So we're happy."

Kyle Milling, his coach with Limoges in the French league, described Doumbouya as "very raw" but said he can defend four positions.

The Pistons did not have a first-round pick last year.