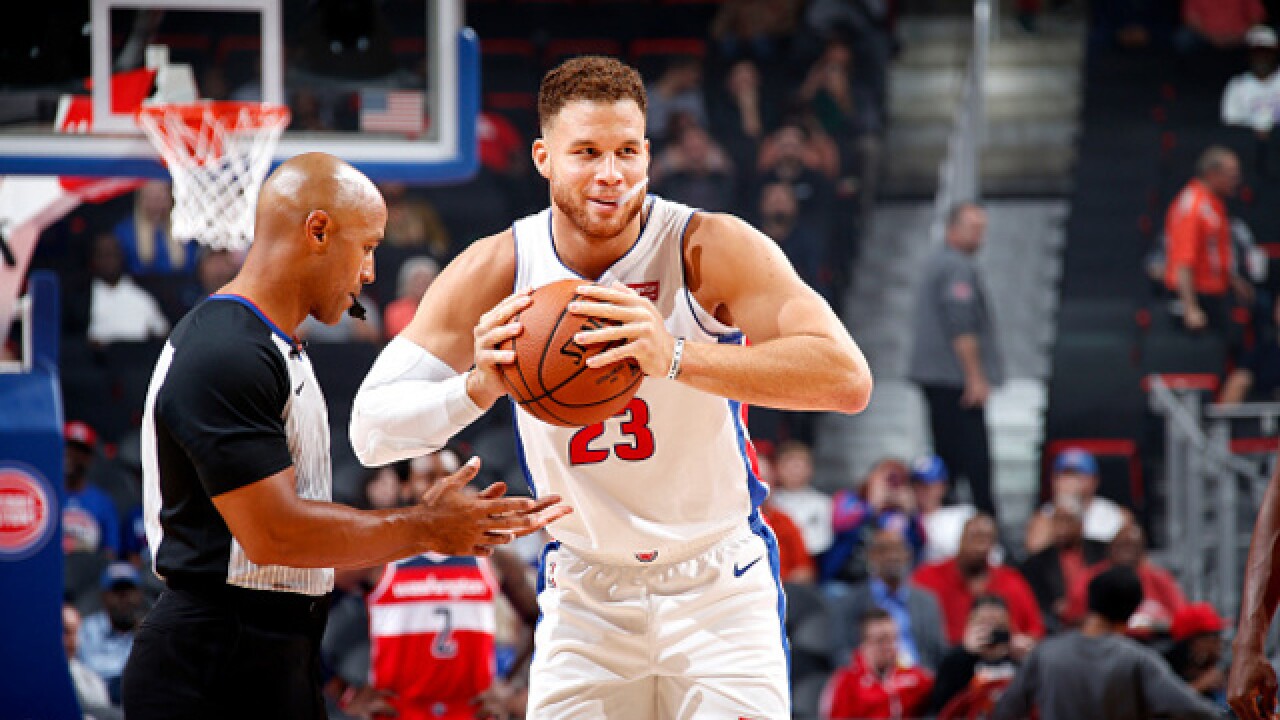 DETROIT (AP) — Once the Detroit Pistons traded for Blake Griffin last season, their roster was largely set for the foreseeable future.

When that deal wasn't enough to push the Pistons into the playoffs, they made the easiest changes they could in the offseason, hiring a new coach and overhauling the front office.

Stan Van Gundy is out and Dwane Casey is in on the Detroit bench, but the team Casey will coach isn't much different than the group that went 39-43 last season. The Pistons will hope for a nice boost from their new coach and some better health for key players. With Griffin, Andre Drummond and Reggie Jackson, Detroit has an intriguing nucleus, but those three were rarely on the court together in 2017-18.

"Our expectations should be high," Griffin said. "In the East, with our roster, I don't see why getting home court in the playoffs is not a reasonable expectation."

The Pistons appeared headed toward a season like that before Jackson went down with an ankle injury in late December. The team slipped after that, and the blockbuster deal that brought Griffin to Detroit wasn't enough to salvage a postseason spot. Van Gundy, the coach and team president, was out after four years in charge.

The trade for Griffin and his big contract left the Pistons without much roster flexibility and it cost them their first-round draft pick this year. The benefit, of course, was acquiring a player who can be a star if healthy. Griffin averaged 19.8 points in the 25 games he played for Detroit after the trade, plus 6.6 rebounds and 6.2 assists.

When the Pistons acquired Griffin, it was a bold move with some downside risk , and it didn't pay immediate dividends. But there's still plenty of time for Detroit to reap the benefits.

Jackson played 79 games in 2015-16, and that was also the only season of the last nine in which the Pistons made the playoffs. In 2016-17, Jackson was limited to 52 games, and he played only 45 last season. Griffin, meanwhile, has averaged only 55 games over the past four seasons.

Detroit could have gone in any number of directions after moving on from Van Gundy. The Pistons ended up with Casey , who was fired by Toronto despite a season that earned him Coach of the Year honors. The Raptors had the best record in the Eastern Conference but lost to Cleveland in the playoffs.

"The roles that Stan gave guys may have not been the best to put them in a good situation," Drummond said. "I love Stan, wish him the best with whatever he does next. He's been a great coach for us, obviously didn't pan out, but loved playing for him. Obviously, we've got to move forward now and look forward to the new coach that I have now."

It wasn't long ago that there was trade speculation about Drummond, but he took a step forward last season, averaging 15 points and a career-high 16 rebounds. He also improved to 60.5 percent on free throws after never shooting better than 42 percent as a pro. It remains to be seen how the 6-foot-11 Drummond will mesh with the 6-foot-10 Griffin over a full season, but there's already talk of Drummond expanding his game even further — to include 3-point shooting. He's made only five shots from beyond the arc in six NBA seasons.

Whether Drummond shoots them or not, the Pistons are expected to use the 3-point shot a bit more this season. Detroit was fifth in the league in 3-point percentage last season but just 16th in attempts. Reggie Bullock shot 44.5 percent from long distance and Luke Kennard shot 41.5 percent as a rookie.

The Pistons had no first-round pick this year and may have a lot riding on some of their previous high selections. Stanley Johnson shot just 37.5 percent from the field in 2017-18. Although Kennard gave Detroit another perimeter marksman, he still has work to do to become a more complete player. Henry Ellenson, a first-round pick in 2016, has appeared in only 57 games for the Pistons in two seasons.