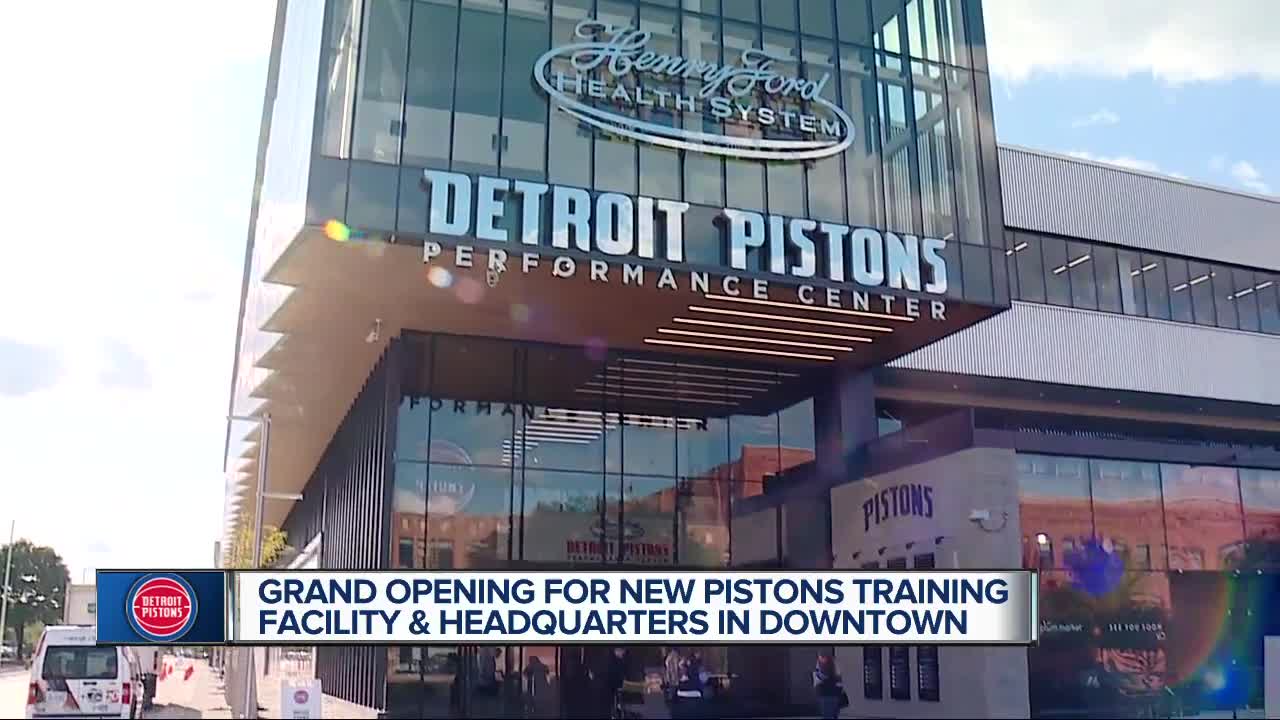 The Detroit Pistons have opened their new Performance Center and headquarters in Detroit's New Center area.

NEW CENTER (WXYZ) — The pistons dedication to the move to downtown detroit was finalized today as the performance center is officially open for use as the pistons season gets underway.

It’s the largest facility of its kind not only in the NBA, but one of the most unique when it comes to access to the community.

As the 185-thousand square foot facility opens, Mayor Mike Duggan knows that continued development in the city is key to the transformation of neighborhoods extending out from the city center.

“We have this abandoned property that was next to a railroad overpass that you thought couldn’t be used and it’s been transformed into one of the most beautiful facilities in the city of Detroit,” Detroit mayor Mike Duggan said.

“It’s about bringing the community together and this is why we’ll do, it’ll make our team better and hopefully everything else better. We still have a lot to do and we’ll be going at it, I’m just proud of how we’ll engage with the community and it’s a win, a win for Detroit,” Pistons owner Tom Gores added.

Of course it has all the bells and whistles a new training facility has, a player lounge and kitchen, new locker room, state-of-the-art physical training area and weight room, even a float tank.

But it’s the rooms in side the building that most people won’t see, for the first time in 25 years the Pistons operations people will be in the same building, bringing 250 jobs to the city, as well as opportunities that otherwise may not be available to Detroiters.

“It creates so many opportunities for jobs related to basketball for young people from Detroit. The business of sports is ten times as many jobs in the office than there are on the court and those jobs are now accessible to Detroiters,” Duggan added.

“At the end of the day it’s about the kids, educating the kids and giving them inspiration and then also the economy, continuing to inspire us as adults that we have to provide living for our families and so on,” Gores said.