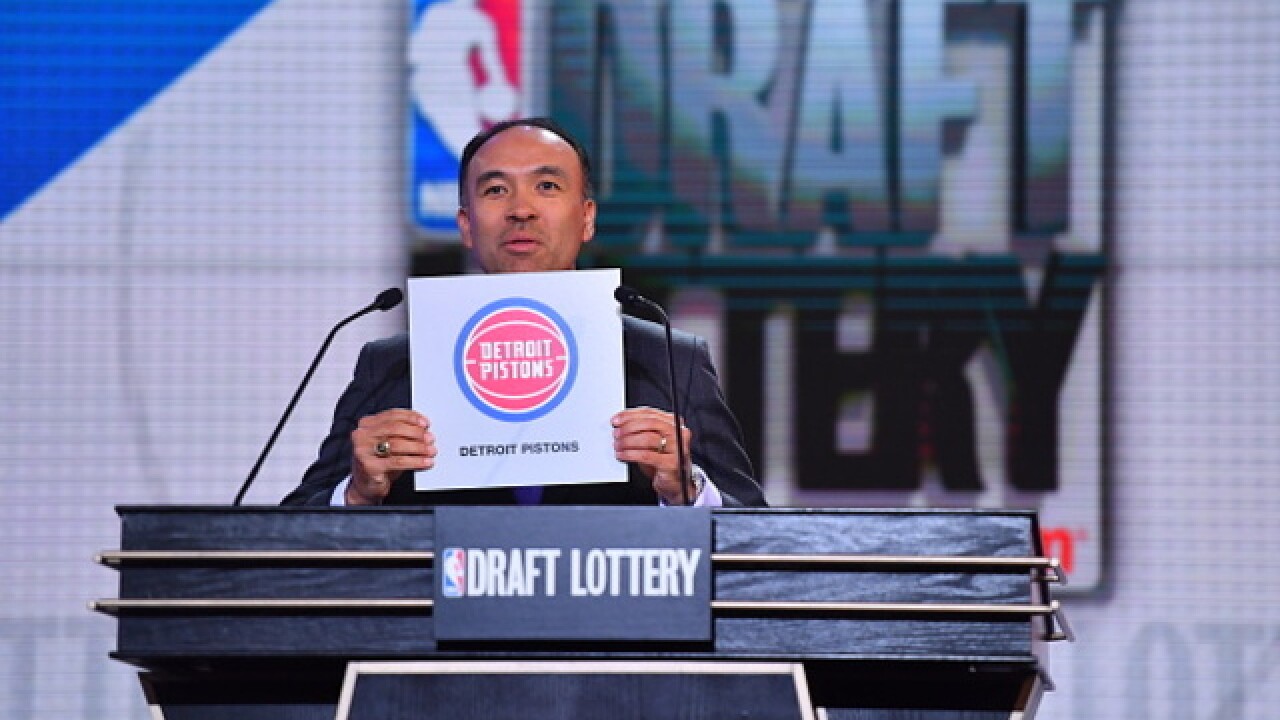 The Pistons are sending Luke Kennard to the NBA Draft Lottery, one year after drafting him in the first round.

Detroit only has a 2.5 percent chance of keeping the first round selection, after trading the top-four protected pick to the Clippers in the Blake Griffin deal.

To land the top spot, the Pistons have a .7 percent chance.

The Pistons selected Kennard with the 12th pick in the 2017 NBA Draft, one spot before rookie of the year candidate Donovan Mitchell.

The Draft Lottery airs on ESPN at 7:30 p.m. Tuesday night.