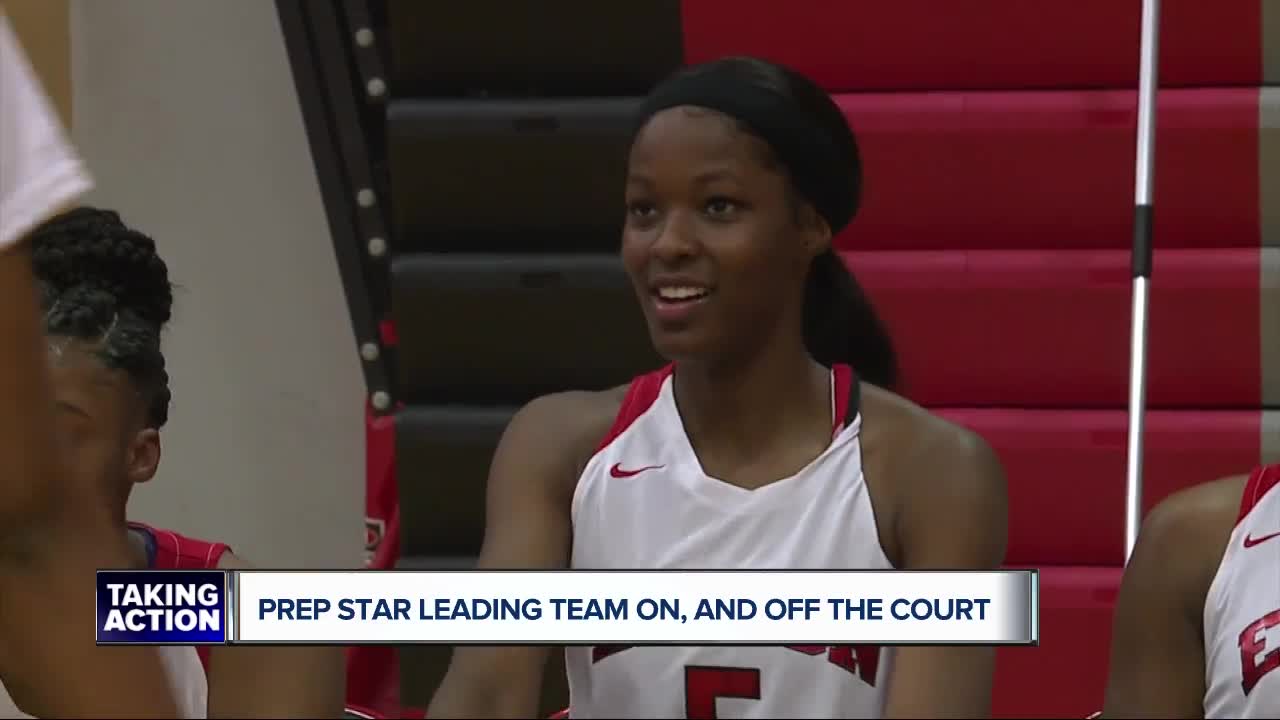 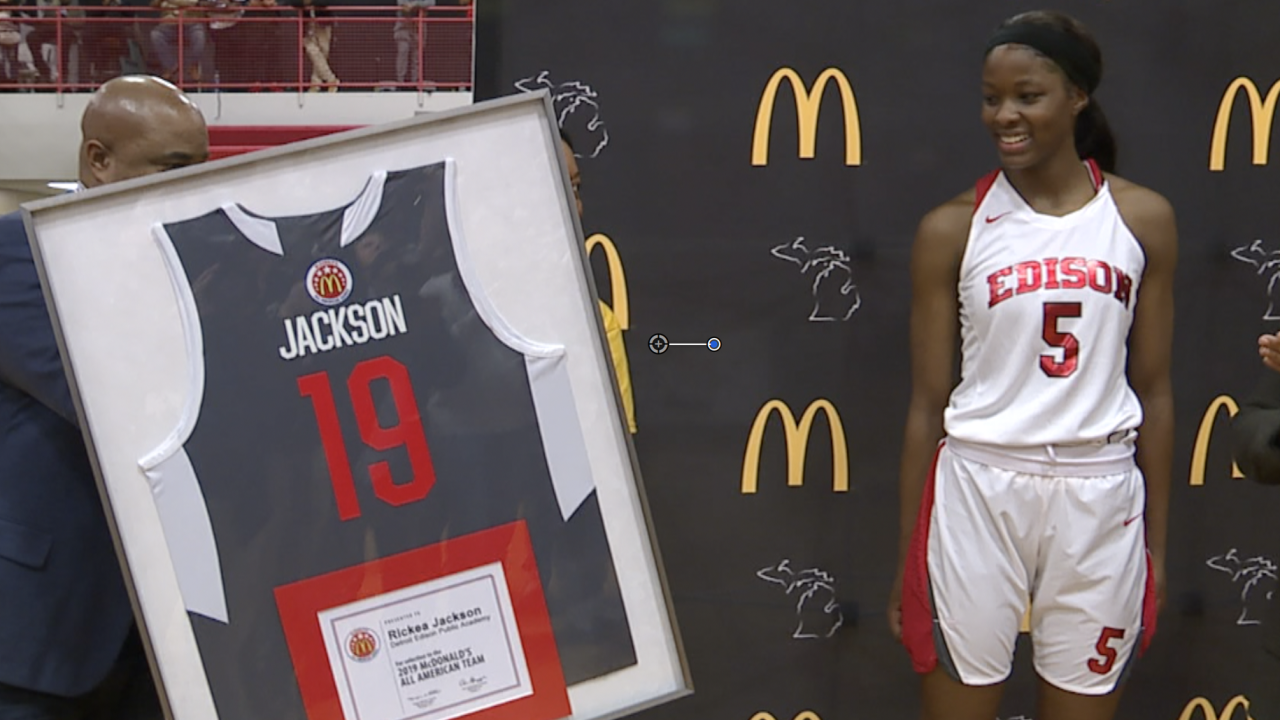 DETROIT (WXYZ) — The Detroit Edison girls basketball team is about to begin its quest for its third straight state championship. It’s line senior, McDonald's All-American Rickea Jackson, a big reason why they entered the tournament the favorites.

“I am such a fortunate coach because of Rockets Jackson and the team I have right now, I have never had a team of this caliber and I’ve never had a player such as Rickea Jackson,” Detroit Edison Public School Academy head coach Monique Brown said.
And it’s hard not to be impressed with Rickea. She’s the sixth best girls basketball recruit in the country, she leads her team in scoring, rebounds but most importantly, in attitude.

“Getting that third championship, just leaving a legacy, just giving back to my community,” Rickea Jackson said.
And putting on a show each game out isn’t exactly her only idea of providing for her community. She’s apart of not one, but two different initiatives that she’s most proud of.

“With the Brown Bag Foundation, we go out and get brown lunch bags and take them over to the kindergarten and the kindergartners draw draw nice messages, smiley faces on their to give to the homeless people, so when they’re eating, those are some messages that can uplift them,” Jackson added.

She also organizes shoe drives for less fortunate schools, all the while being a one-woman highlight machine on game night. She knows she’s going places, but also remembers who has put her here.

“They give so much to me, they support me through anything I do, there’s such an amazing support system here and I feel I should give back because it’s such a blessing,” Jackson added.