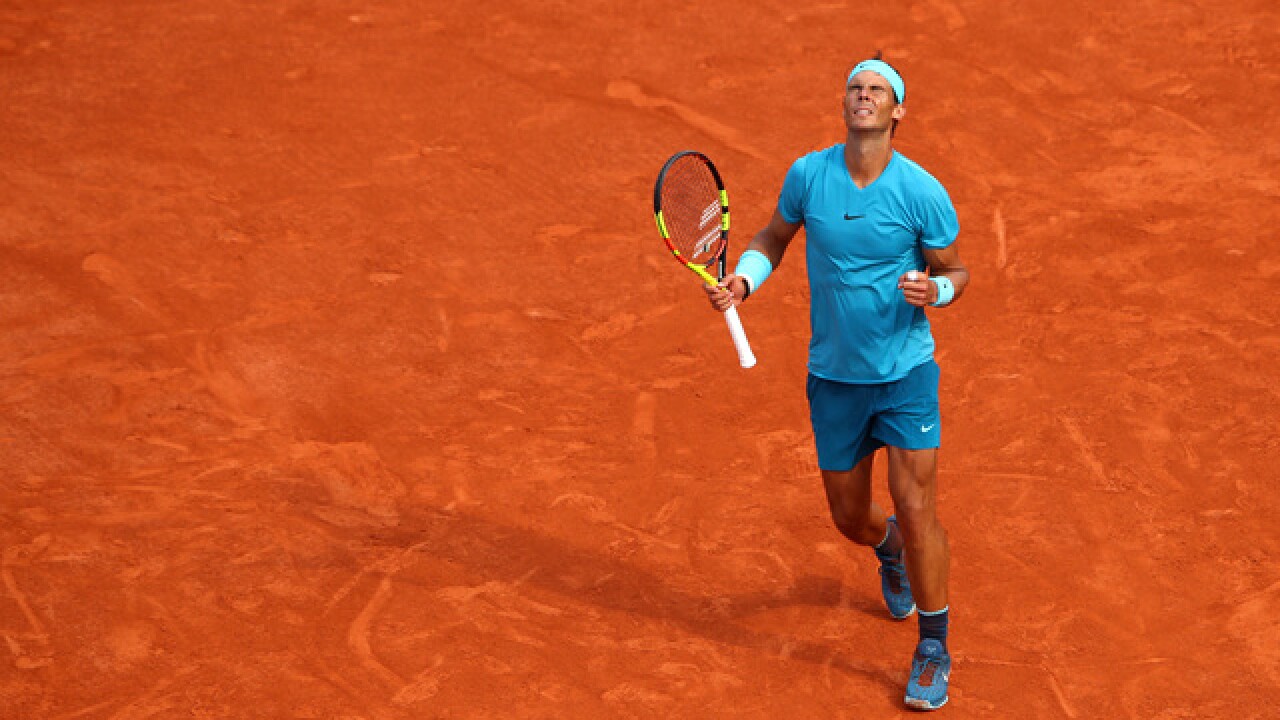 PARIS (AP) - Rafael Nadal needed less than a set to take command of the French Open final and overcame a late problem with his racket-holding hand to earn a record-extending 11th championship at Roland Garros by beating Dominic Thiem 6-4, 6-3, 6-2 on Sunday.

At 2-1 in the fourth set, Nadal stopped serving during a game because he couldn't straighten his left middle finger. At the following changeover, Nadal was given a salt pill by a doctor and had his left forearm massaged by a trainer.

But Nadal's form never wavered, and soon enough he was celebrating his 17th Grand Slam title overall, second among men only to Roger Federer's 20.

The victory also allowed the 32-year-old Spaniard to hold onto the No. 1 ranking.

The No. 7-seeded Thiem, a 24-year-old from Austria, was appearing in a major final for the first time. Not much more of a daunting task than doing so against Nadal at the French Open, where he is now 11-0 in finals and 86-2 overall.

If there were any reason for a bit of intrigue entering Sunday's match, it was this: Thiem is the only person to beat Nadal on red clay over the past two seasons, doing so at Rome in May 2017 and at Madrid last month.

Taking on Nadal at the clay-court Grand Slam tournament is a whole other challenge. Thiem stayed with Nadal in the early going on a steamy afternoon. But from 4-all in the opening set, Nadal grabbed five games in a row and was in charge.