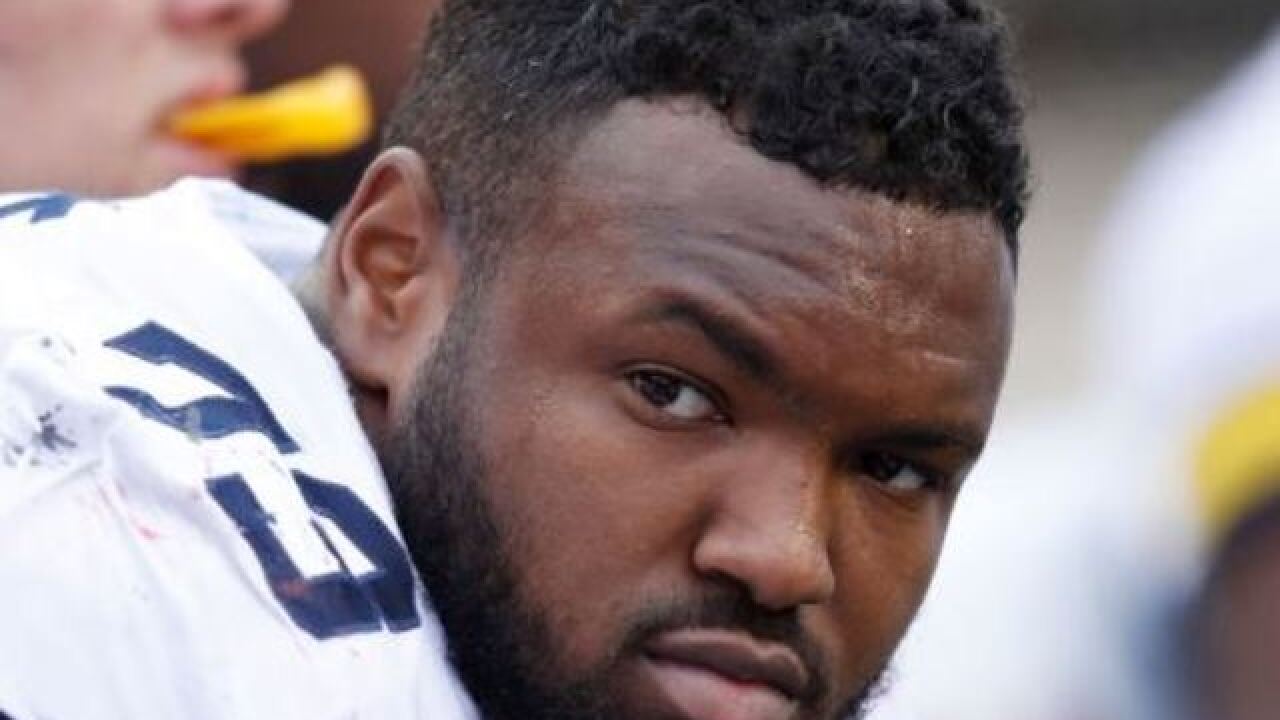 Projected to be a sure first-rounder after his final season at Michigan, Hurst wasn't selected until the fifth round amid questions about his health stemming from a heart condition that also got him sent home from the scouting combine.

Although Hurst said he first learned of the issue during his freshman year in college, he was stunned not hearing his name called until the third day of the draft.

He's still not fully over it.

"I don't know if it ever goes away," Hurst said Friday. "It's just something that's always on your shoulder and something that you always have to carry with you. Just keep it there to push you harder."

The Raiders are counting on Hurst and second-round pick P.J. Hall to improve an interior pass rush that was almost non-existent last season. Both rookies have gotten work in with the starting defense during practices and will get an extensive look when preseason games begin next week.

"They don't want us to be rookies," Hurst said. "They want us to come out and play right away and play effectively, and come out and just dominate and do what they expected us to do. Just be a vital part of this defense."

Hurst had 12 ½ sacks in college, five coming as a senior when he was an All-American.

With the Raiders, he'll be part of a rotation up front that includes Hall and veterans Justin Ellis and Mario Edwards. Eddie Vanderdoes, a second-round pick in 2017 who started 13 games as a rookie, is recovering from ACL surgery.

To help accelerate his growth, the Raiders have had Hurst play against starting center Rodney Hudson and guards Kelechi Osemele and Gabe Jackson. Hudson and Osemele were Pro Bowl picks last season while Jackson was an alternate in 2016.

"They throw a few crumbs every now and then," Hurst said. "They don't want you to beat them every time. But they've been extremely helpful. Every day I get to go to work I get to play the best guys in the country. That's only going to make you better every day."

Hudson said Hurst's natural instincts have made for a smooth transition.

"He's got a lot of ability," Hudson said. "Smart rusher. He's always attentive and asks questions. He's got a lot of God-given ability. He's quick and he uses his hands well to be so young."

Hurst showed all of that during a pass-rush drill Friday. Paired against two offensive linemen, Hurst burst through the middle of the double-team effort and used his right hand to knock away one defender's block attempt.

If only finding a place to live was that easy for the Raiders rookie.

Hurst admitted getting sticker shock while checking out the housing market in Northern California and joked that he might have to go back to driving for Uber, something he did in college to earn extra money.

"It's ridiculous," Hurst said. "Look here, look home, look Michigan. I'm like, 'I can get a nice place over there.' But over here you get a little box. There was one on Craigslist I saw that someone was renting out a closet for $400."

Notes: Jackson was held out of practice for unknown reasons, one day after leaving the workout early. . Left tackle Donald Penn, who has not practiced in camp yet after having offseason foot surgery, appears close to returning. Penn has been working out with a team trainer and got work in on a blocking sled.