Raptors get second chance at first title in Game 6 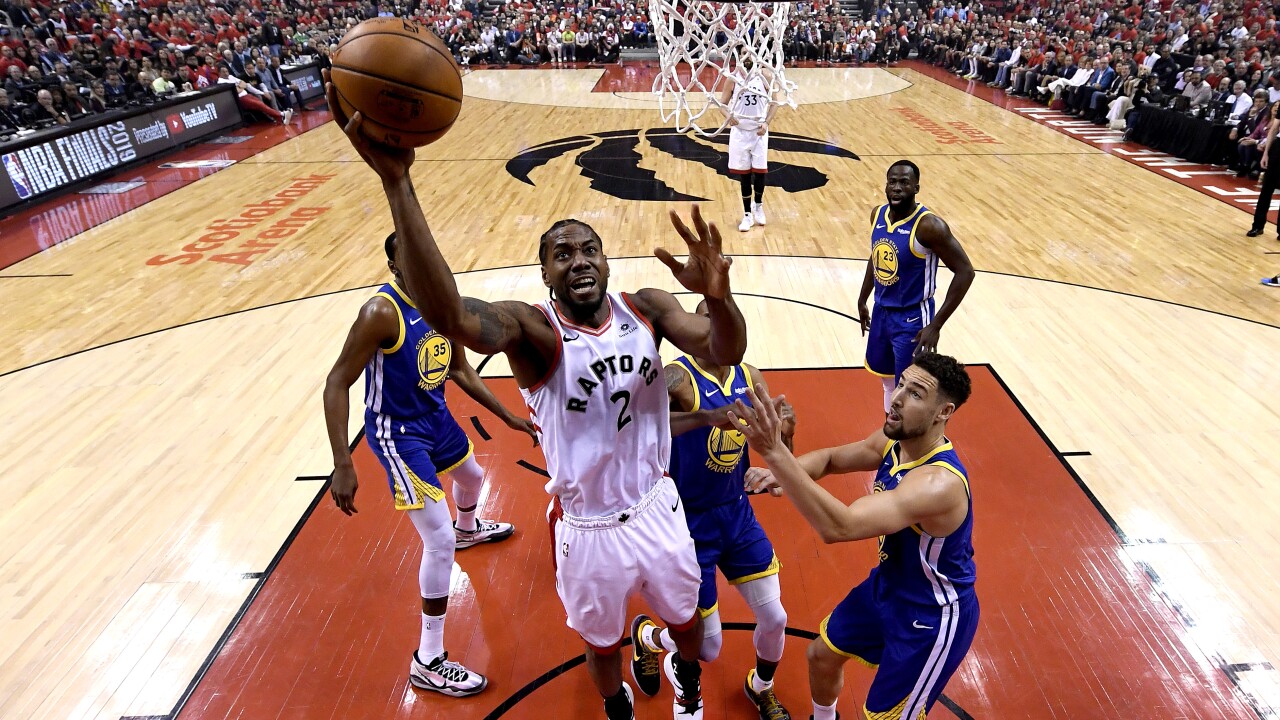 Pool/Getty Images
TORONTO, ONTARIO - JUNE 10: Kawhi Leonard #2 of the Toronto Raptors attempts a shot against the Golden State Warriors during Game Five of the 2019 NBA Finals at Scotiabank Arena on June 10, 2019 in Toronto, Canada. NOTE TO USER: User expressly acknowledges and agrees that, by downloading and or using this photograph, User is consenting to the terms and conditions of the Getty Images License Agreement. (Photo by Pool - Kyle Terada/Getty Images)

OAKLAND, Calif. (AP) -- The Toronto Raptors have a second chance at claiming their first NBA championship.

Game 6 of the NBA Finals will be played Thursday night, the Raptors entering with a 3-2 series lead over the two-time defending champion Golden State Warriors.

Golden State is 0-3 at home against Toronto this season, losing all three games by double digits. And this will be the final time that the Warriors play a home game at Oracle Arena, with the team moving to the Chase Center in San Francisco next season.

Golden State fought off elimination with a 106-105 win in Game 5 at Toronto on Monday night.