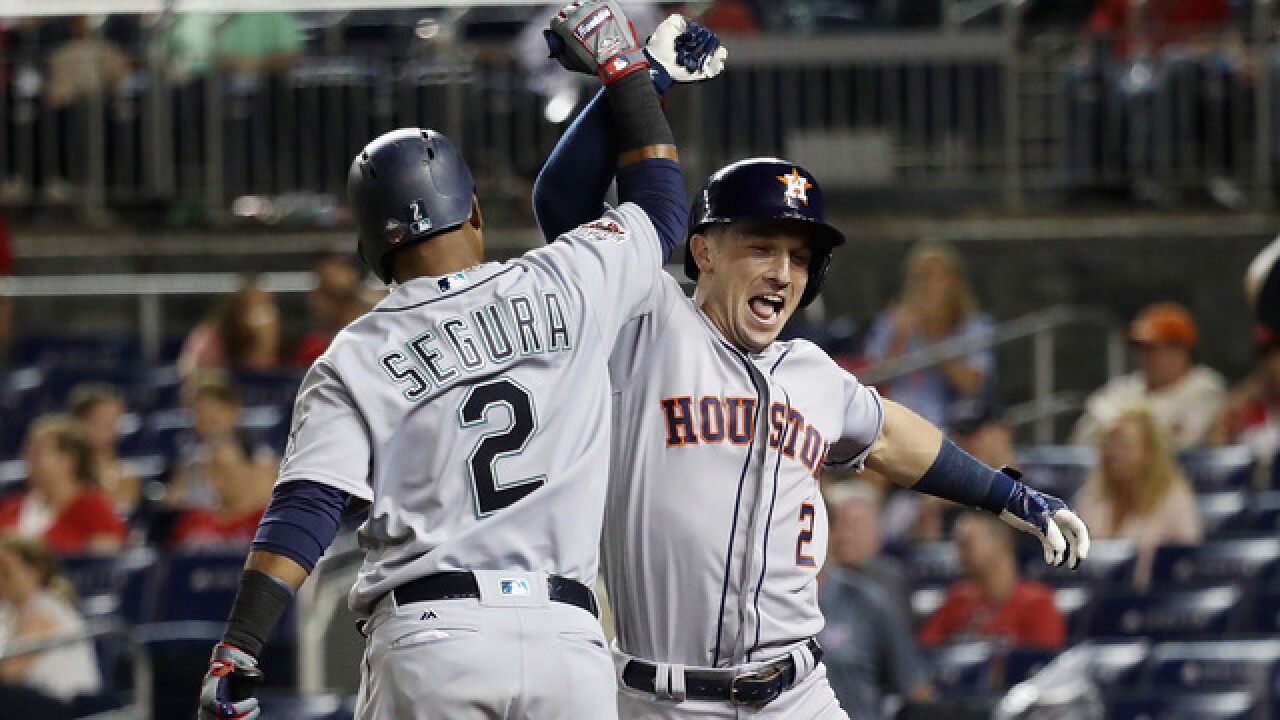 Copyright Getty Images
Rob Carr
<p>WASHINGTON, DC - JULY 17: Alex Bregman #2 of the Houston Astros and the American League celebrates with Jean Segura #2 of the Seattle Mariners and the American League after hitting a solo home run in the tenth inning against the National League during the 89th MLB All-Star Game, presented by Mastercard at Nationals Park on July 17, 2018 in Washington, DC. (Photo by Rob Carr/Getty Images)</p>

WASHINGTON (AP) -- Houston teammates Alex Bregman and George Springer homered on consecutive pitches from the Los Angeles Dodgers' Ross Stripling to start the 10th inning, part of a record 10 long balls in all, and the American League beat the NL 8-6 Tuesday night to extend its All-Star Game winning streak to six.

Aaron Judge and Mike Trout hit early solo homers for the AL, and Jean Segura hit a three-run drive for a 5-2 lead in the eighth.

After solo shots by Willson Contreras, Trevor Story and Christian Yelich for the NL, Scooter Gennett hit a tying two-run homer in the ninth off winner Edwin Diaz. Joey Votto added another home run in the bottom of the 10th  off J.A. Happ, who got his first big league save.

Michael Brantley's sacrifice fly that capped a three-run top of the 10th was the only run not driven in by a homer.