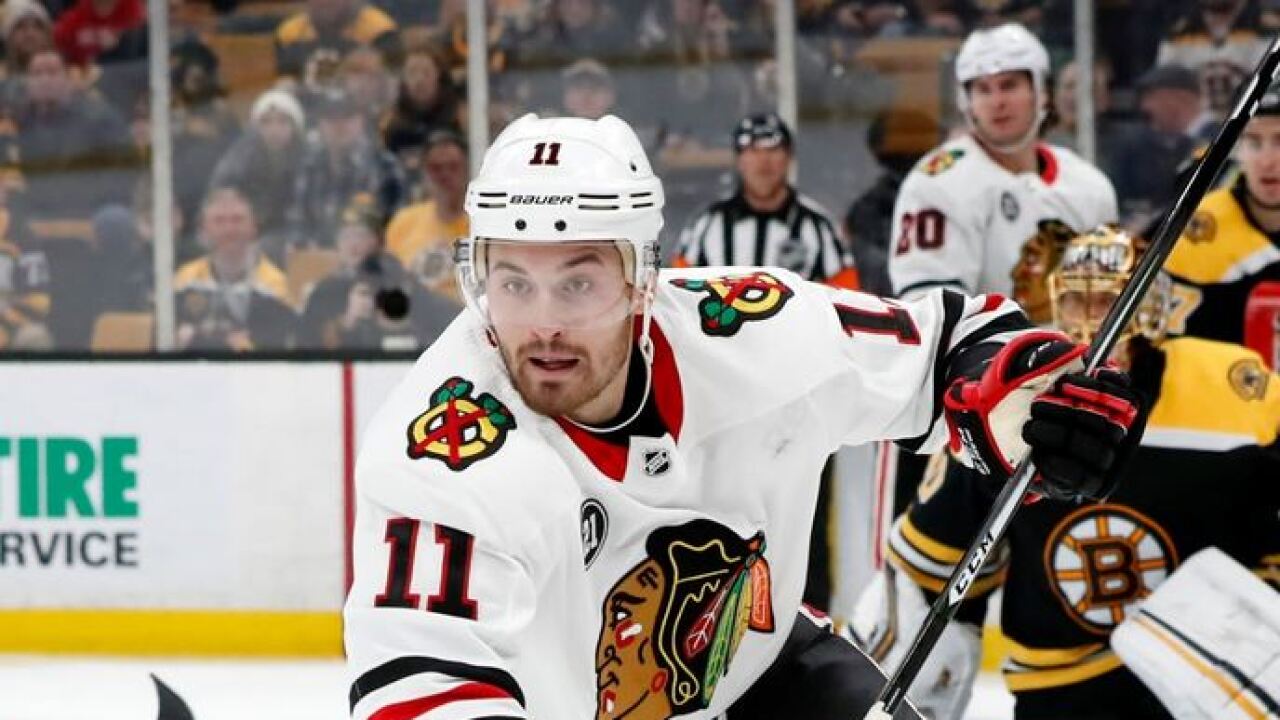 DETROIT (AP) — The Detroit Red Wings acquired forward Brendan Perlini in a trade with the Chicago Blackhawks on Monday.

The 23-year-old Perlini has been a healthy scratch for most of this season, appearing in just one game. But he has 45 goals and 27 assists in 200 career appearances with Chicago and Arizona.

Perlini was selected by the Coyotes with the 12th overall pick in the 2014 draft.

The Red Wings parted with defenseman Alec Regula in the deal. The 19-year-old Regula will remain with the London Knights in the Ontario Hockey League.

Regula, a West Bloomfield, Michigan, native, was drafted by Detroit in the third round last year.

Chicago acquired Perlini and Dylan Strome when it traded Nick Schmaltz to Arizona last November. Perlini had 12 goals and three assists in 46 games with the Blackhawks last season.