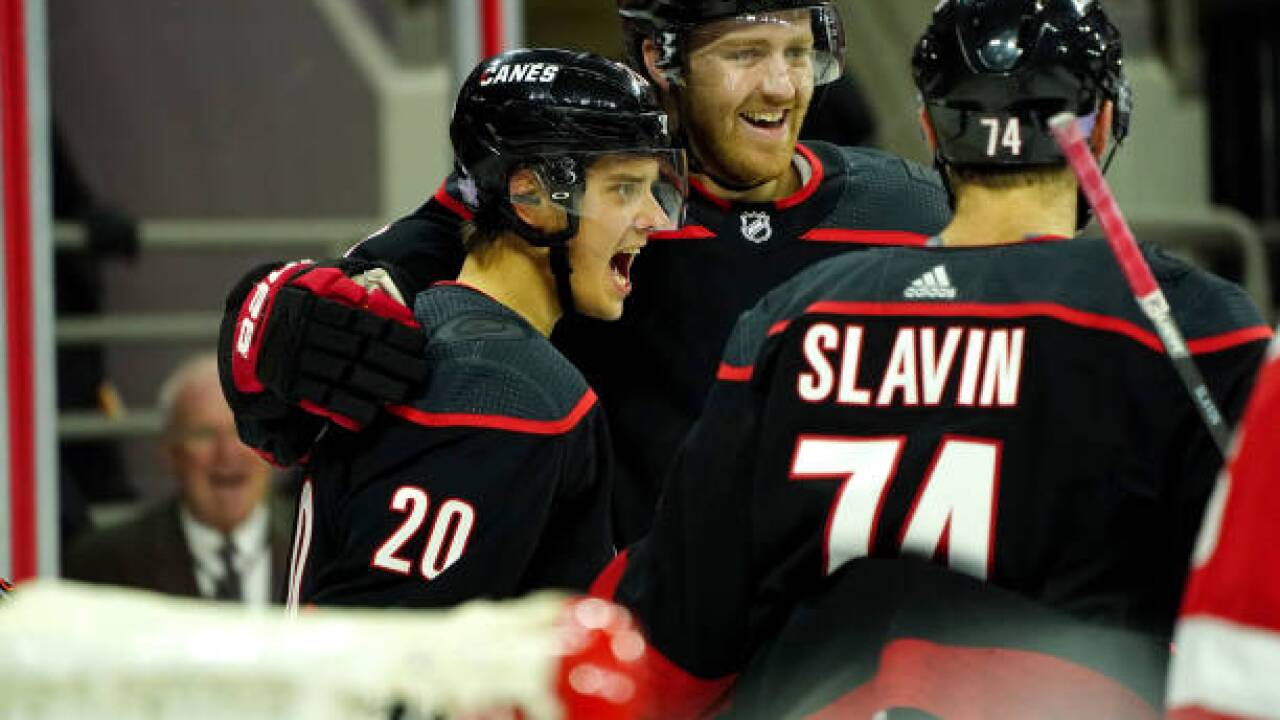 RALEIGH, N.C. (AP) -- Sebastian Aho had two goals and an assist to lead the Carolina Hurricanes to a 7-3 win over the Detroit Red Wings on Friday night.

Anthony Mantha scored twice and Tyler Bertuzzi also had a goal for the Red Wings, who have lost nine of 10 overall and five straight on the road. Jimmy Howard gave up five goals on 21 shots before being pulled midway through the second period. Jonathan Bernier stopped 11 of the 12 shots he faced.

The teams were tied 1-1 after 20 minutes before Aho scored twice in Carolina's four-goal second period.

Aho put the Hurricanes ahead for good 27 seconds in. Detroit coach Jeff Blashill challenged for goalie interference but the call stood after a review and the Red Wings were given a delay of game penalty. On the subsequent power play, Neiderreiter beat Howard to make it 3-1 at 1:48.

Aho made it 5-2 with his fifth with 8:57 left, and Bertuzzi pulled the Red Wings back within two a little more than five minutes later.

NOTES: The Hurricanes improved to 6-1 at home. ... Blashill's failed challenge cost Detroit one goal but he also saved one. Carolina's Warren Foegele scored at 6:03 of the second period but video review showed he was offsides and the goal was overturned. ... Howard was pulled after Aho's second goal in the second period. ... It was the 13th straight game for Carolina with at least two goals. ... Hamilton's six-game points streak is the longest of his career.

Red Wings: At Florida on Saturday.