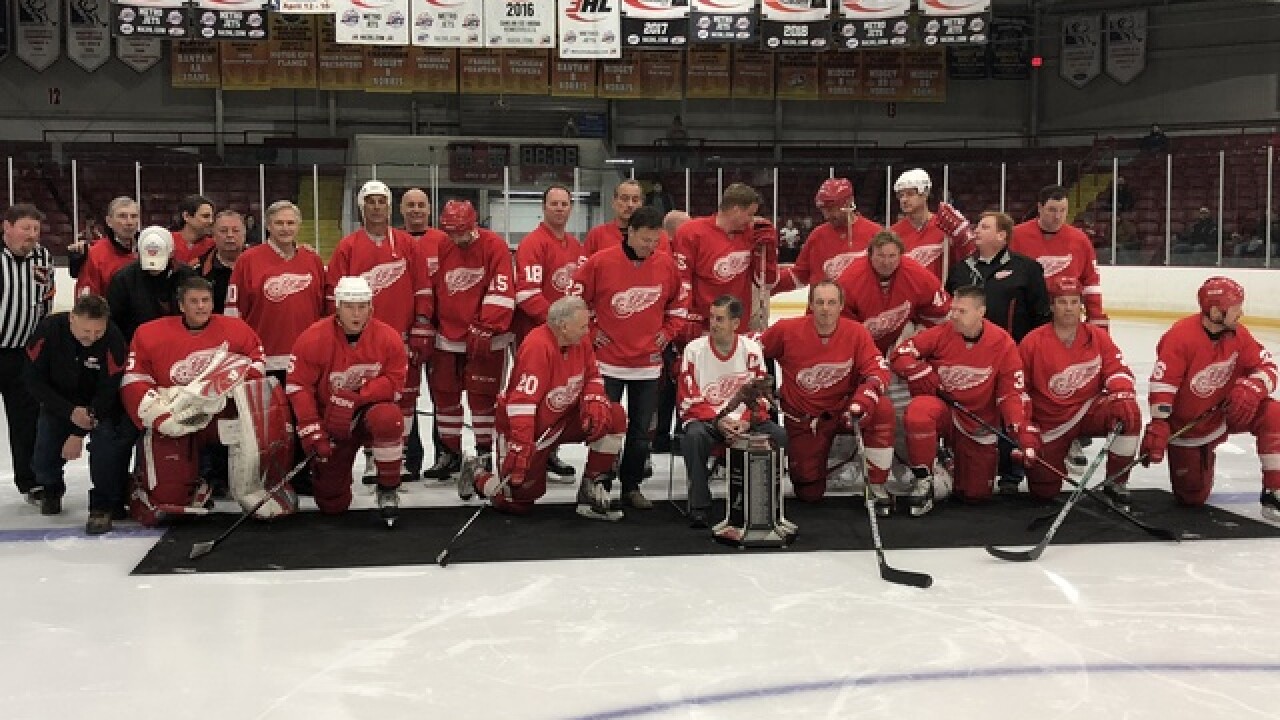 Ted Lindsay is at home rink side no matter who is on the ice. Today, at Fraser Hockeyland, the Red Wings alumni team played the UAW Ford group with a star studded lineup, only rolled out for special occasions.

“We try to participate in as many alumni events as we can but this one you definitely circle on the calendar,” former Red Wing Jason Woolley said.

“That’s what it is, Ted Lindsay, that man has done so much for these Hockey players and the community, he’s been a big part of all their lives, they love when he came into the locker room when they played at the Joe, he’s just a tremendous individual,” director of memorabilia for the Red Wing Alumni association Dave Bergen said.

Today’s event was all about the Ted Lindsay Foundation. The famous grind line, got together on the ice for one of their rare appearances, but giving in Ted’s name is easy.

He was a pioneer for the players association, as well as giving back to others. Something that’s not lost on these players who are now trying to set an example after their playing days are done.

“Those are the guys that started it all for us, every different level, not only the game itself but financially too,” Woolley added.

“With Ted Lindsay being such a hockey icon and such a big part of Red Wing Hockey all the way back, the guys want to show their support for him,” former Red Wing Kevin Miller added.

The Ted Lindsay Foundation is expected to raise over $20,000 at today’s event.