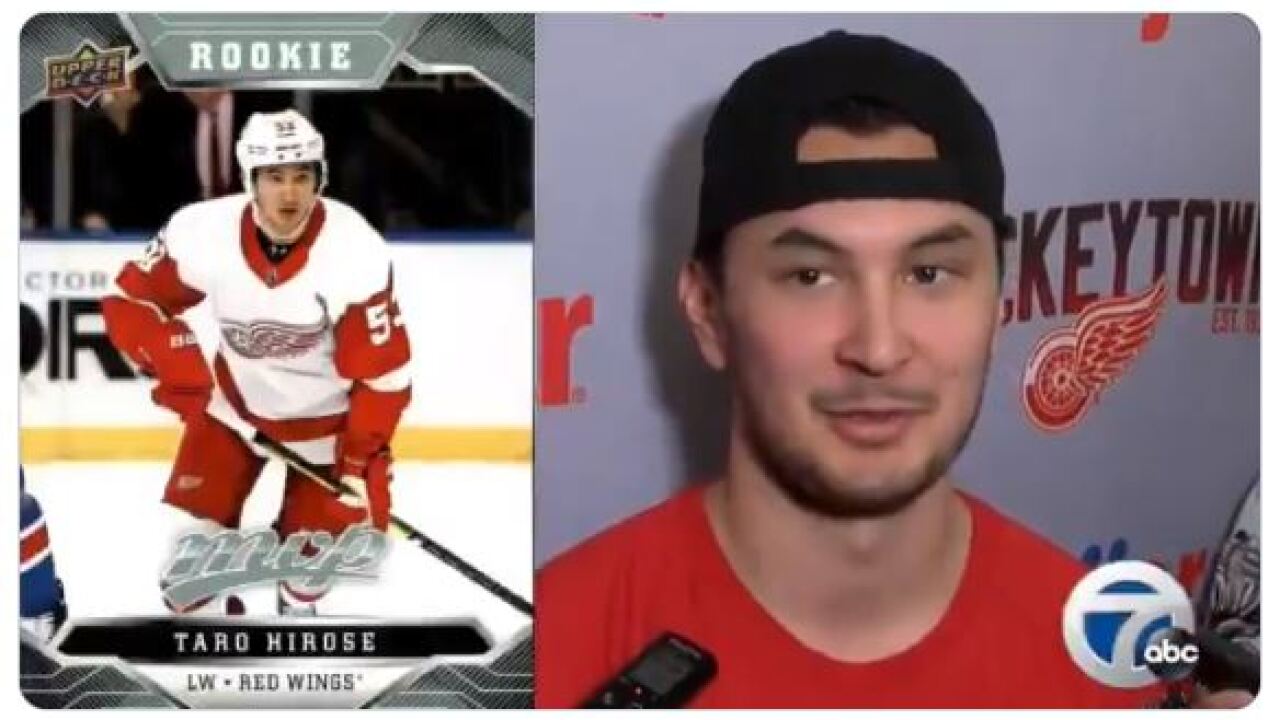 DETROIT — Taro Hirose made a strong impact in his NHL debut with the Red Wings last season.

Entering the 2019-20 season, he finally gets to feel the impact of owning his own NHL rookie card.

"My dad sent me a text the other day that he bought one," Hirose said.

"My dad sent me a text the other day that he bought one." pic.twitter.com/5NT7DOX5Qr

The NHL and NHLPA hold off on inserting rookie cards into products if a player makes their debut late in a respective season. Hirose registered seven points in 10 games, after making his league debut on March 19.

"It's crazy. You never really expect that when you're a kid collecting cards growing up, so it's a surreal feeling," Hirose said.

Hirose and Filip Zadina will both be featured in the 2019-20 releases from Upper Deck. The first cards for Hirose and Zadina are in MVP and O-Pee-Chee.