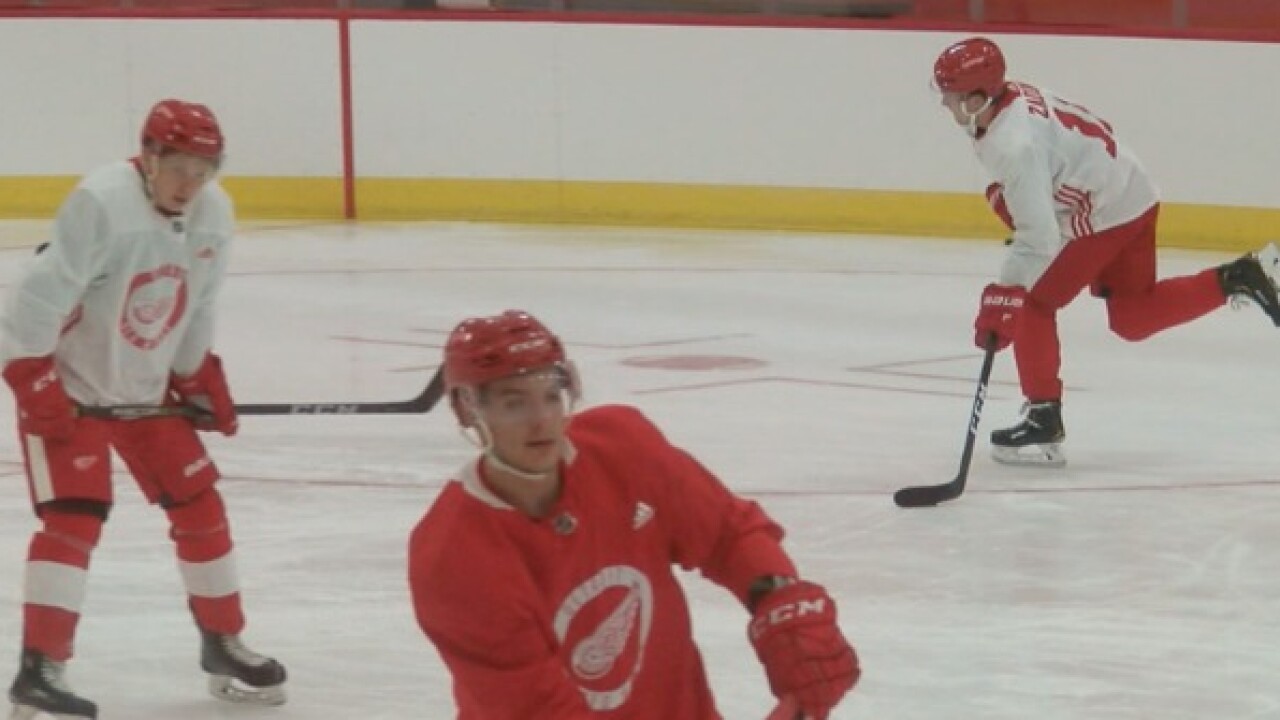 It's usually pretty rare to see a first round pick make an impact at the NHL level right out of the draft, but for the first time in a long time, the Red Wings could have a player of that caliber.

Filip Zadina fell to Detroit at sixth and he's now ready to make the teams that passed on him pay.

Zadina isn't the only player with something to prove.

Michael Rasmussen, the Red Wings first round pick from a year ago, skated today with a different confidence than he did a year ago.

Previously drafted players like Jonatan Berggren, David Pope, Givani Smith and Dennis Cholowski, are all in a similar boat, they've gotten better over the past few years, but when will they escalate their talents to the top?

"I think the development of the guys that we draft last year has been great, and the ten that we added this year only makes it deeper," director of player development Shawn Horcoff said.

The draftees will skate the rest of the week and finish with a scrimmage that is open to the public on Saturday at noon, at Little Caesars Arena.