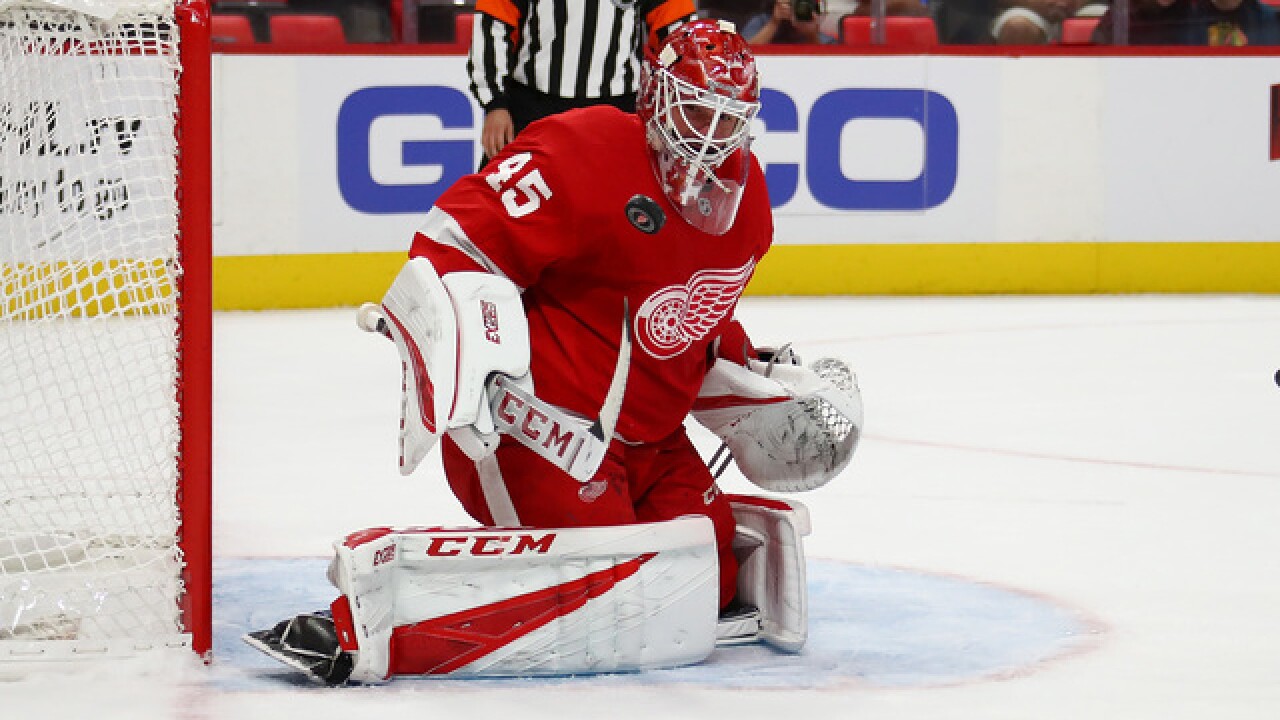 The goalie has been great for Detroit this season, despite his losing record.

On Sunday, the team recalled Calvin Pickard from Grand Rapids to back up Jimmy Howard. Pickard is 13-8-3 in Grand Rapids this season.