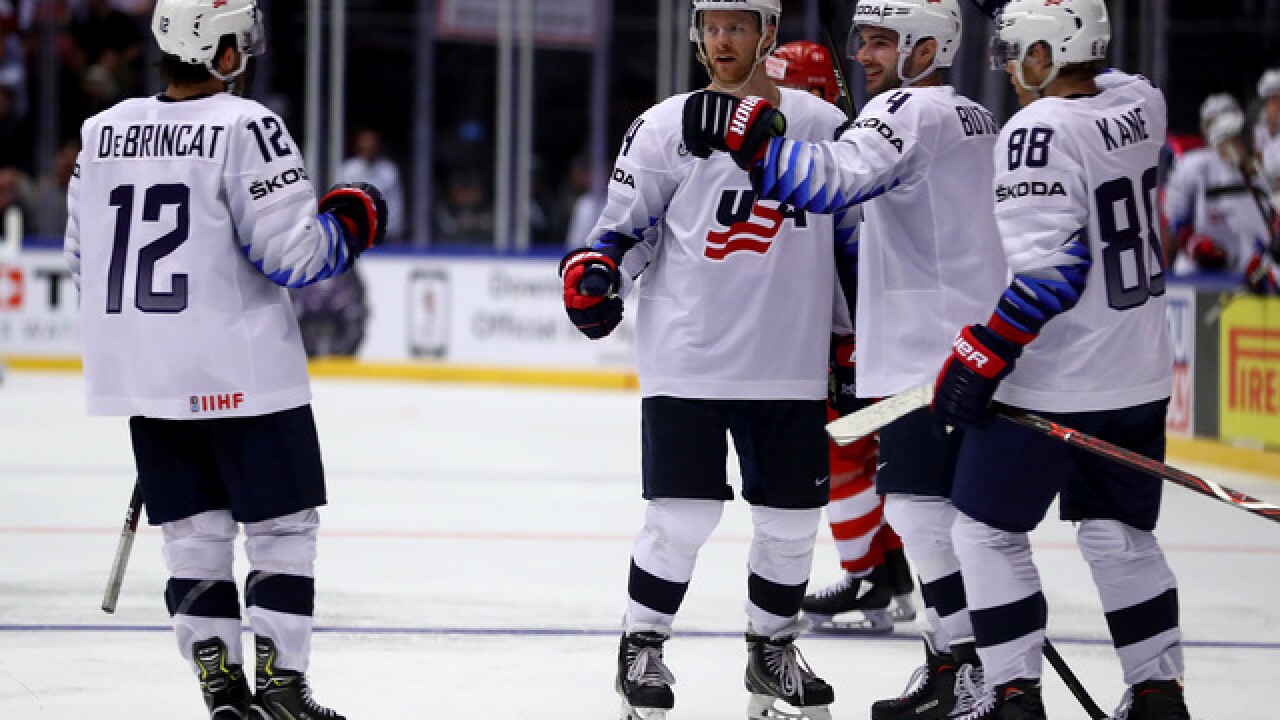 After an opening win over favorite Canada in a penalty shootout, the U.S. had an easier time against Denmark.

After saving 40 shots against Canada, goalie Keith Kinkaid was outstanding again, finishing with a 20-shot shutout.

Will Butcher and Chris Kreider each had a goal and an assist.

Butcher wristed the first goal over the shoulder of goalie Frederik Andersen in the first period.

Kreider deflected a slap shot by Quinn Hughes on a power play to double the lead in the second, and Cam Atkinson made it 3-0 on a rebound.

The U.S. killed Denmark's two-man advantage in that period.

"It was a good job by us to finish out," Kreider said.

Nick Jensen finished the scoring in the final period.