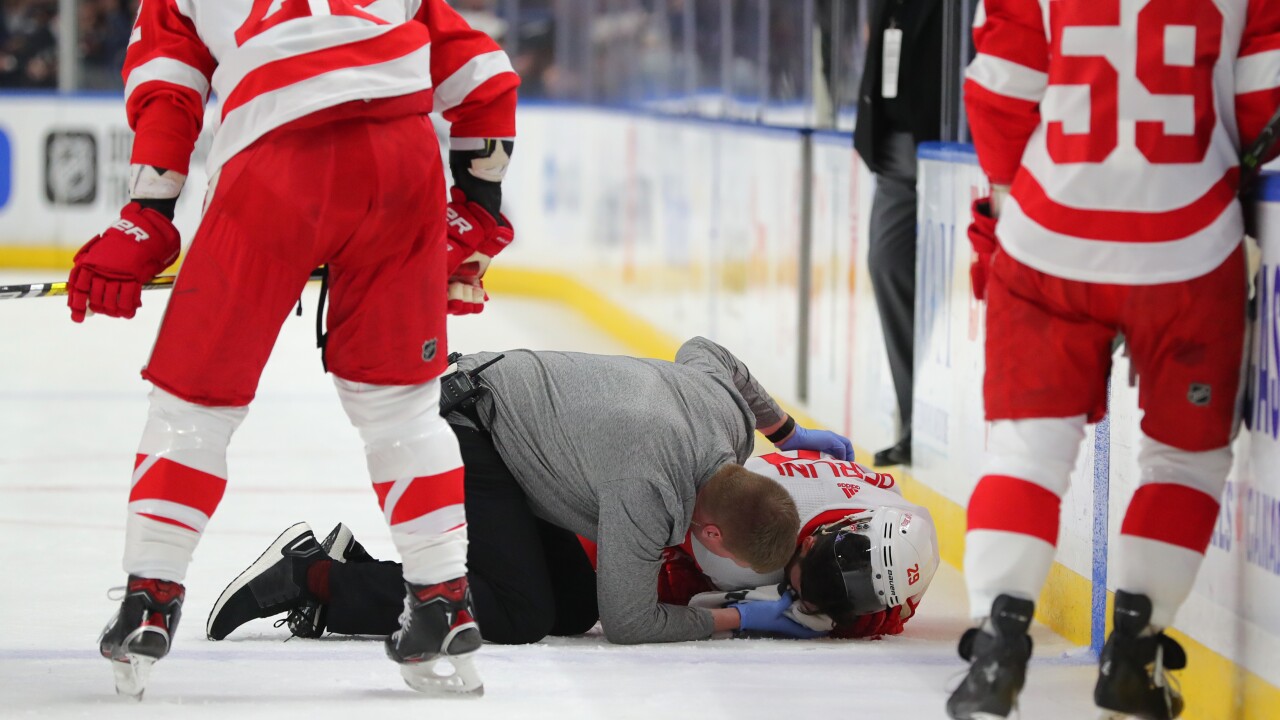 BUFFALO, N.Y. (AP) -- Detroit Red Wings forward Brendan Perlini sustained a deep cut to his nose after being struck in the face by the skate of Sabres defenseman Henri Jokiharju during the first period at Buffalo.

The Red Wings announced Perlini required stitches and his return was considered questionable.

Perlini lay face down for several moments before being tended to by team trainers. He was then helped up and held a towel to his face in making his way off the ice and heading directly into the locker room.