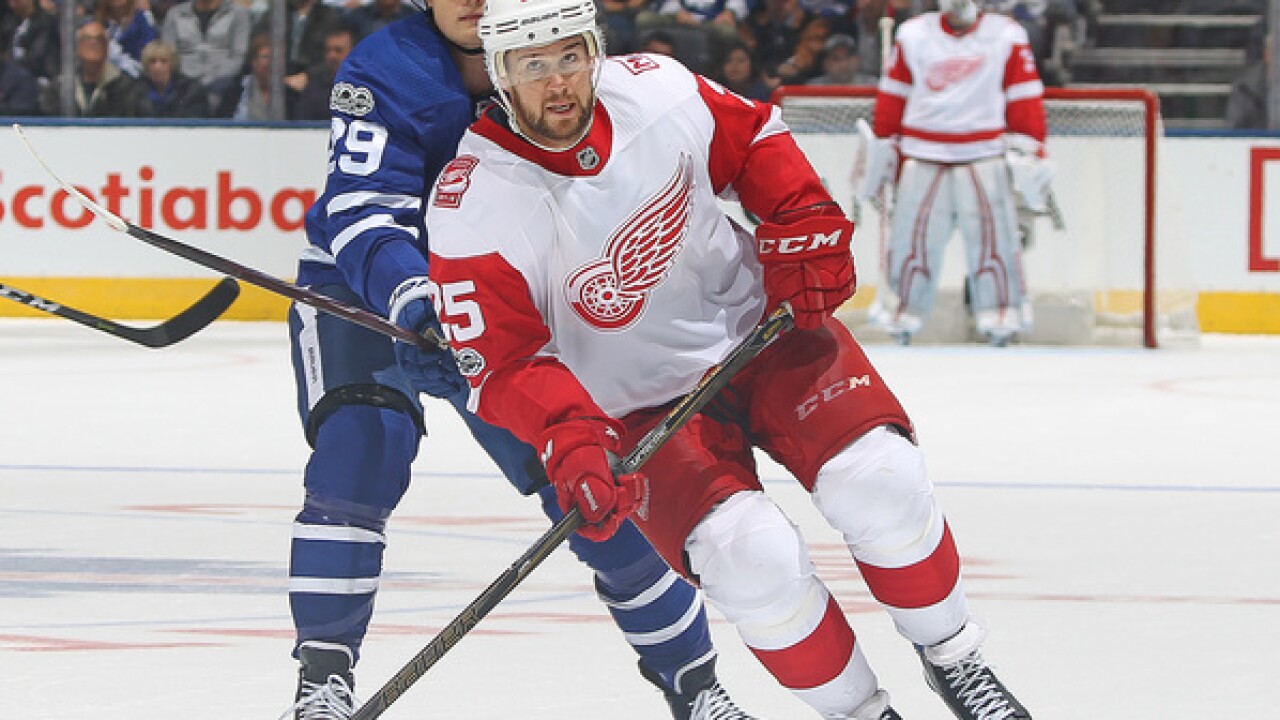 Copyright Getty Images
Claus Andersen
<p>TORONTO, ON - OCTOBER 18: Mike Green #25 of the Detroit Red Wings skates against William Nylander #29 of the Toronto Maple Leafs in an NHL game at the Air Canada Centre on October 18, 2017 in Toronto, Ontario. The Maple Leafs defeated the Red Wings 6-3. (Photo by Claus Andersen/Getty Images)</p>

The Detroit Red Wings have agreed to terms with defenseman Mike Green on a $10.75 million, two-year contract.

he 32-year-old will count $5.375 million against the salary cap over the next two seasons.

Green was considered one of the top pending free agent blue liners available after former Washington teammate John Carlson re-signed with the Capitals for $64 million over eight years. He put up eight goals and 25 assists for 33 points in 66 games before his season was cut short by a neck injury.

Seven of Green’s eight goals came on the power play, where he’s a stabilizing force for Detroit. Twice a runner-up for the Norris Trophy as the NHL’s top defenseman during his time with the Capitals, Green is taking a pay cut from his previous $6 million salary to stay with the Red Wings.

Mike Green didn't wait to test the market. He's agreed to a new two-year deal to stay with the Red Wings. pic.twitter.com/XtNHsT6YS5