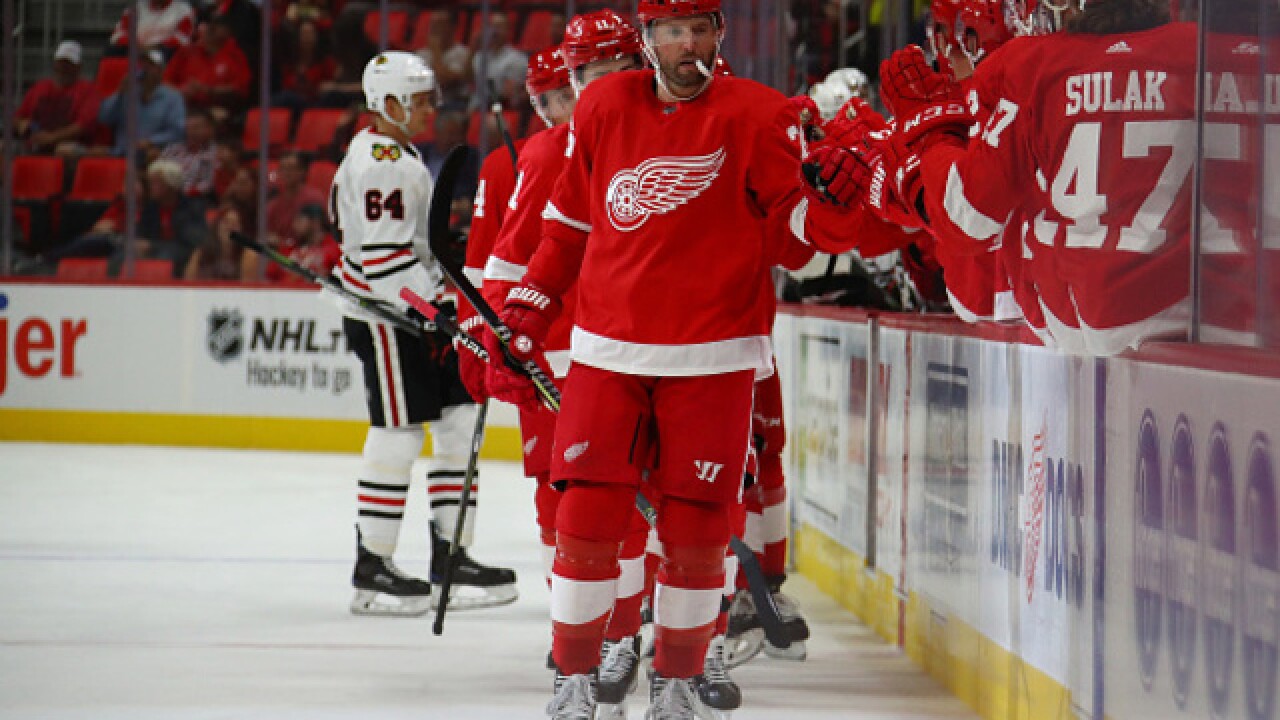 Copyright 2018 Scripps Media, Inc. All rights reserved. This material may not be published, broadcast, rewritten, or redistributed.
Gregory Shamus
<p>DETROIT, MI - SEPTEMBER 20: Thomas Vanek #26 of the Detroit Red Wings celebrates a first period goal with teammates while playing the Chicago Blackhawks during a pre season game at Little Caesars Arena on September 20, 2018 in Detroit, Michigan. (Photo by Gregory Shamus/Getty Images)</p>

In Chicago, Andreas Athanasiou had two goals and two assists as Detroit prevailed in a high-scoring game.

Athanasiou's four points led the Red Wings, and 10 players earned at least a point. Thomas Vanek finished with two goals and an assist, and Anthony Mantha chipped in with a goal and two assists. Darren Helm and Dylan Larkin each had a goal and an assist. Luke Witkowski also scored for Detroit.

Duncan Keith, Jonathan Toews and Patrick Kane had three points each for Chicago, and 11 Blackhawks had at least a point.

Cam Ward started for the Blackhawks, and allowed six goals on 17 shots in two periods. Ward was replaced by Anton Forsberg, who allowed two goals on eight shots in the third.