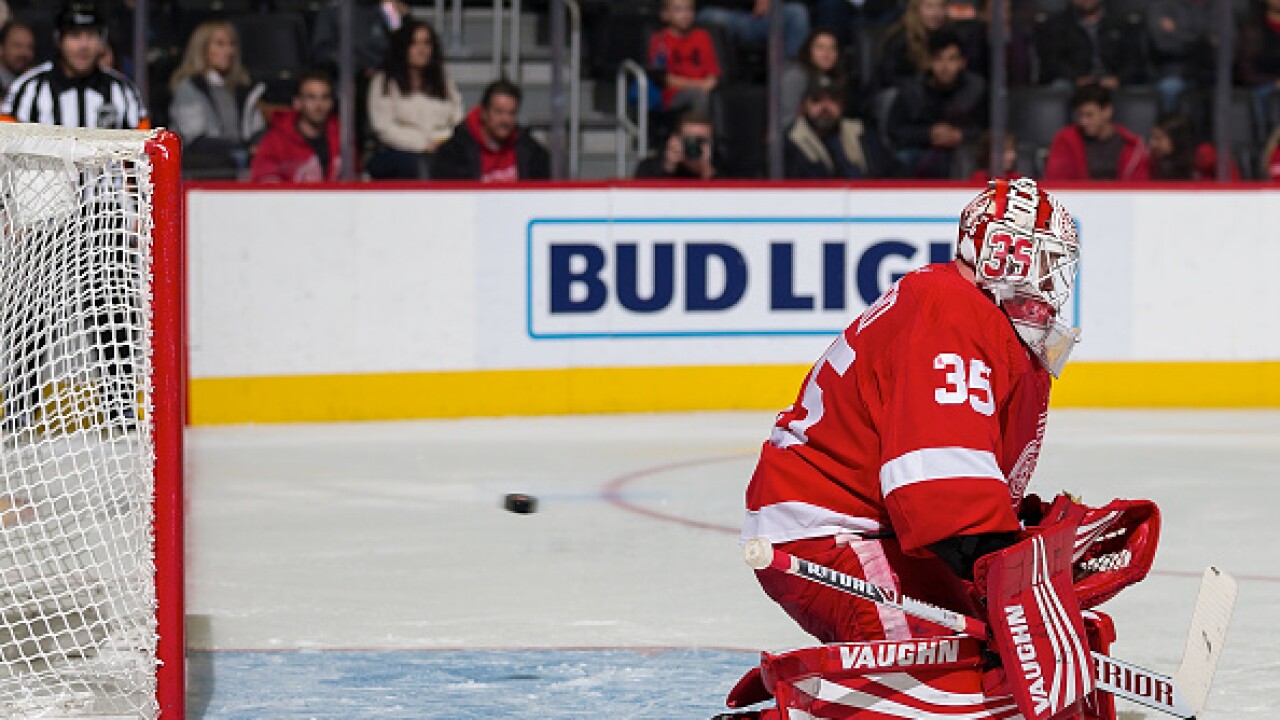 Matt Duchene scored the last two goals of the middle period for Nashville, and Kyle Turris and Colton Sissons contributed a goal apiece. The first four goals by the Predators came in a span of 5:36, and Detroit goalie Jimmy Howard was pulled after the fourth one.

Andreas Athanasiou scored in the first period for the Red Wings, who are 1-10-1 in their last 12 games. Filip Forsberg added a goal for Nashville in the third.

Bonino scored his team-high eighth goal of the season, deflecting a point shot by Dan Hamhuis past Howard to tie the game at 1. Turris gave Nashville the lead 5:32 into the second, beating Howard to the glove side with a wrist shot from high in the slot. Sissons scored with a shot from the right circle 62 seconds later.

Detroit called a timeout, but it took the Predators only 62 more seconds to score again. Duchene flung the puck from along the boards near the blue line, and it deflected in off the stick of Red Wings defenseman Madison Bowey to make it 4-1. Howard was yanked after making only 11 saves.

Detroit's Dylan Larkin, who had only two penalty minutes on the season, was given an extra minor after a fight with Ryan Ellis. Duchene scored on a rebound during the ensuing power play.

NOTES: The assist on Nashville's first goal was the first point of the season for Hamhuis. He's the 19th skater for the Predators with at least one point this season. That does not include goalie Pekka Rinne, who earned his second assist of the season on the goal by Sissons. ... Larkin was also assessed a double-minor for high sticking in the third period.