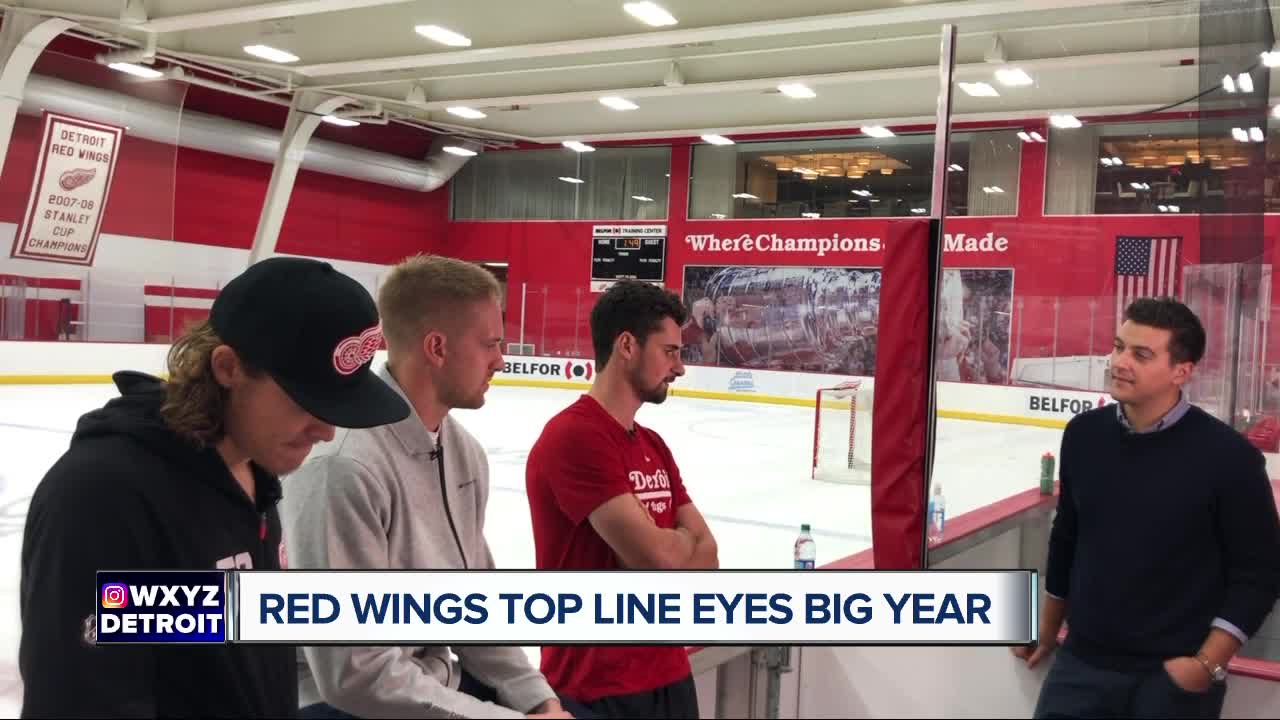 Red Wings top line, Bertuzzi, Mantha, and Larkin, eye a big year. The trio talked with Brad Galli ahead of the season opener.

DETROIT (WXYZ) — Expectations were relatively high for the Detroit Red Wings' top offensive line, and after the first two games, the line has exceeded those expectations.

With Tyler Bertuzzi, Dylan Larkin and Anthony Mantha on the ice together, people knew they would score goals. After just two games, they have combined for eight goals and eight assists.

Tyler Bertuzzi: “Did she claim it at the border?” 🤣 pic.twitter.com/toT5dJu7OI

The Red Wings top line talked with us about proving people wrong, the hunger to win, and new boss Steve Yzerman.

Then, during the Red Wings home opener the next day, the line picked up right where they left off, with Mantha going off. He scored all four points in the Wings' 4-3 win over Dallas, with Larkin assisting on two goals and Bertuzzi assisting on another.

HAVE YOURSELF A NIGHT, ANTHONY MANTHA!

Mantha is leading the way with seven points (5G, 2A), followed by Bertuzzi with five points (2G, 3A) and Larkin with four points (1G, 3A). Mantha is tied at the top of the NHL with five goals and second in the NHL in points. Bertuzzi is tied for third in points.

The Red Wings take on the Anaheim Ducks at Little Caesars Arena on Tuesday night.