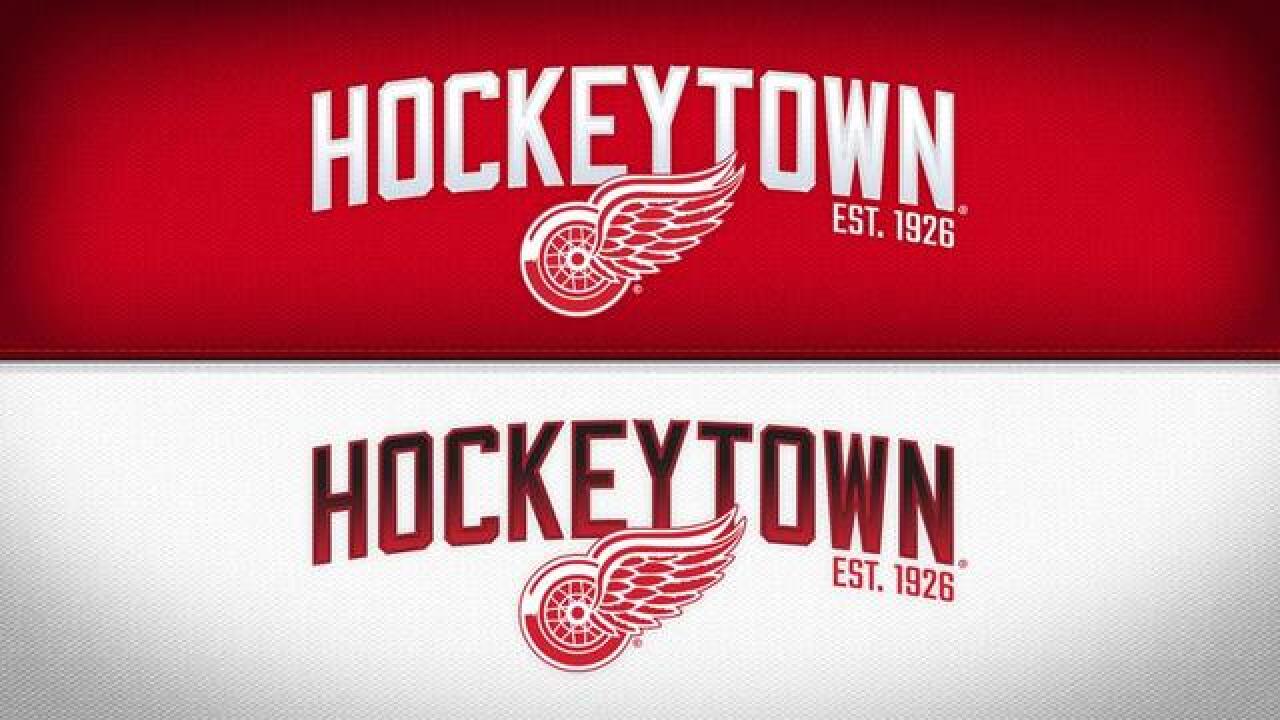 The Detroit Red Wings unveiled a new "Hockeytown" logo to fans on Wednesday morning that will match the designs of the team's jerseys.

The new logo will be featured in the arena, on TV, on Red Wings merchandise and on the team's social media and digital platforms.

Designed by Olympia Entertainment's creative team with SMZ Advertising in Troy, the logo was selected after research from fans and Red Wings season ticket holders.

It features either white text or a faded black-to-red text of "Hockeytown" on a red or white background, with the Winged Wheel beneath and "EST. 1926" underneath.

Unlike previous years, the "Hockeytown" logo will not appear at center ice at Little Caesars Arena. The Winged Sheel will stand alone at center ice.

On top of the new "Hockeytown" logo, the team also announced new initiatives for games at Little Caesars Arena this season, which include: