Red Wings will once again have 4 alternate captains this year 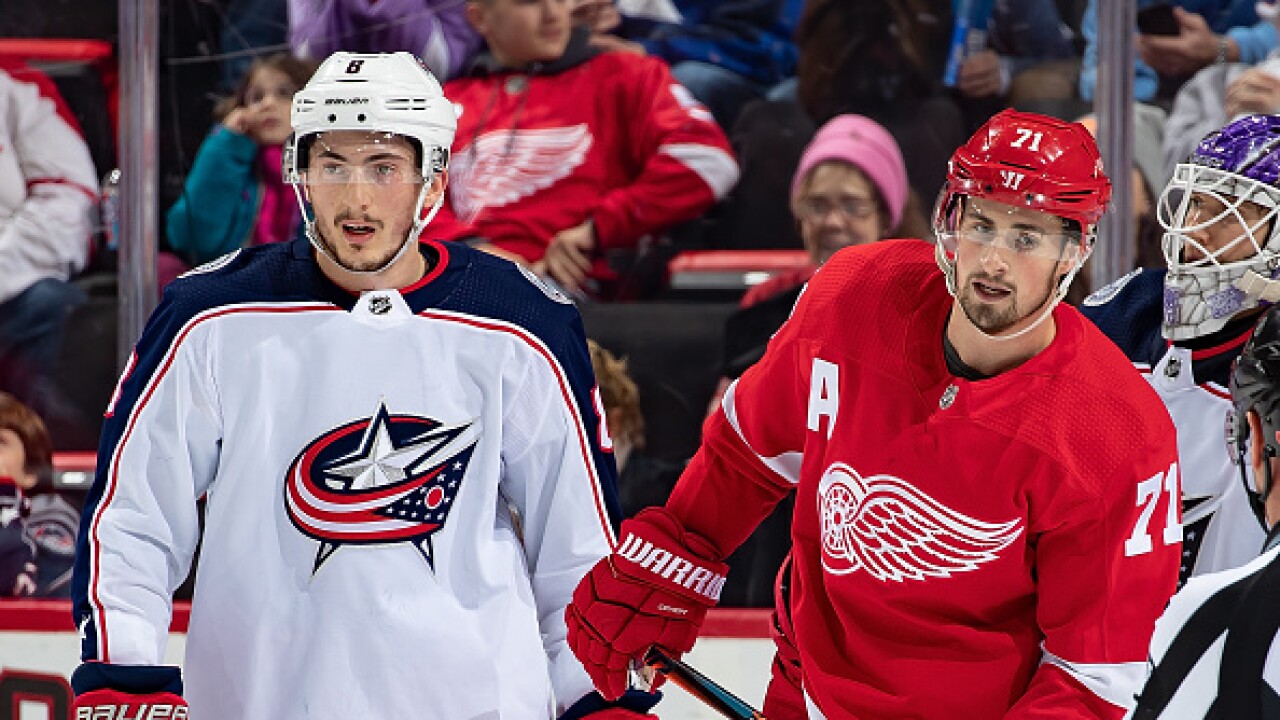 Dave Reginek/NHLI via Getty Images
DETROIT, MI - NOVEMBER 26: Dylan Larkin #71 of the Detroit Red Wings looks down the ice next to Zach Werenski #8 of the Columbus Blue Jackets during an NHL game at Little Caesars Arena on November 26, 2018 in Detroit, Michigan. The Blue Jackets defeated the Wings 7-5. (Photo by Dave Reginek/NHLI via Getty Images)

(WXYZ) — This will be the second year the Detroit Red Wings will not have a player wearing the "C" on his sweater. Head Coach Jeff Blashill announced at ahead of training camp on Thursday that the team will once again have four alternate captains.

Dylan Larkin, Justin Adbelkader, Frans Nielsen and Luke Glendening will all wear the "A" this season. Glendening is the only player who didn't wear it last season, and takes over for Niklas Kronwall who announced he was retiring earlier this month.

According to the team, Blashill and General Manager Steve Yzerman said they should wait to name a captain until Yzerman gets to know the team better. Both Yzerman and Blashill said they have the opportunity to change their mind.

Last year, Larkin wore the "A" during the team's home games while Nielsen was the alternate at away games. It's not clear if that will be the case again this year. Nielsen had previously been the alternate captain for the New York Islanders before signing with Detroit in 2016.

Glendening is a Michigan native, growing up in Grand Rapids, before attending the University of Michigan and signing with the Grand Rapids Griffins before moving up to the REd Wings. He has been with Detroit since the 2013 season.