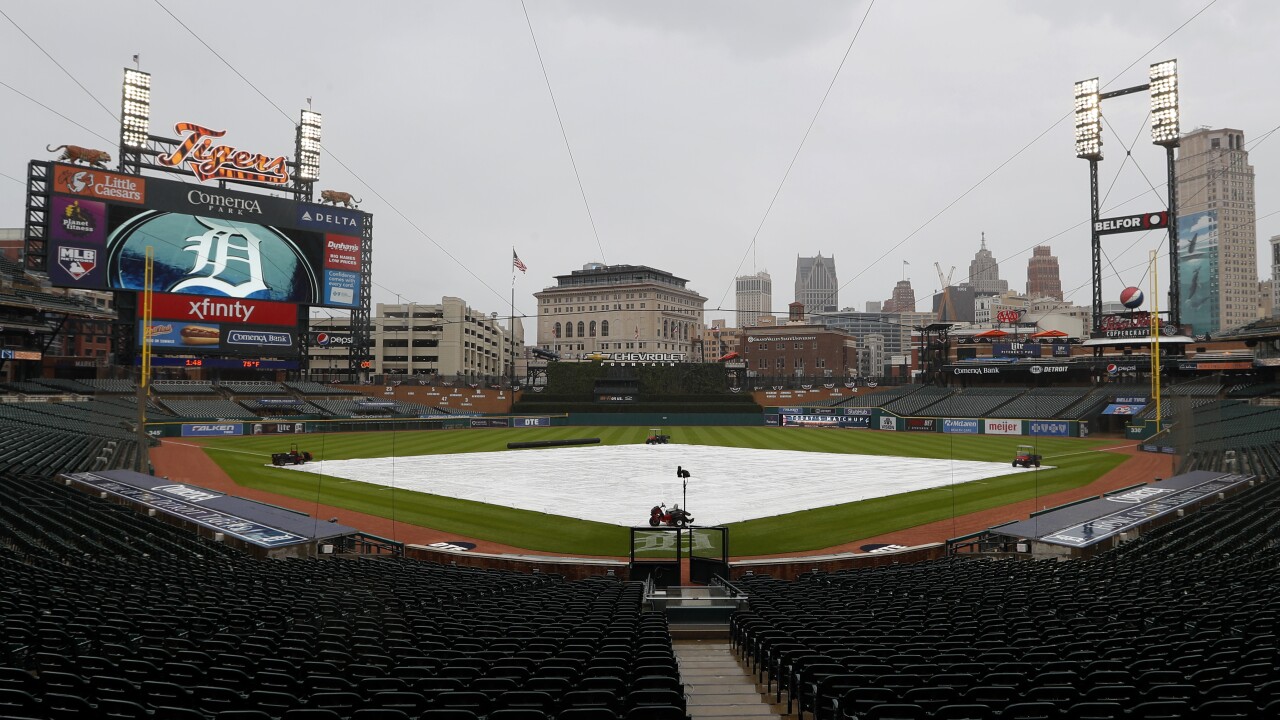 (Copyright 2020 The Associated Press. All rights reserved. This material may not be published, broadcast, rewritten or redistributed.)
Paul Sancya/AP
Rain falls on Comerica Park during a weather delay for a baseball game between the Cincinnati Reds and Detroit Tigers in Detroit, Saturday, Aug. 1, 2020. (AP Photo/Paul Sancya)

Shortened doubleheaders are about to make their Major League Baseball debut. At least that’s the plan. In this most unpredictable and unusual of seasons, perhaps we shouldn’t take anything for granted.

The Detroit Tigers are set to host the Cincinnati Reds in a pair of seven-inning games -- a day after the teams were rained out at Comerica Park, more showers are in the forecast.

This will be the first doubleheader since MLB approved condensing twinbills to seven innings each this season. Baseball could see an unusually high number of doubleheaders due to positive coronavirus tests causing postponements, plus rainouts.