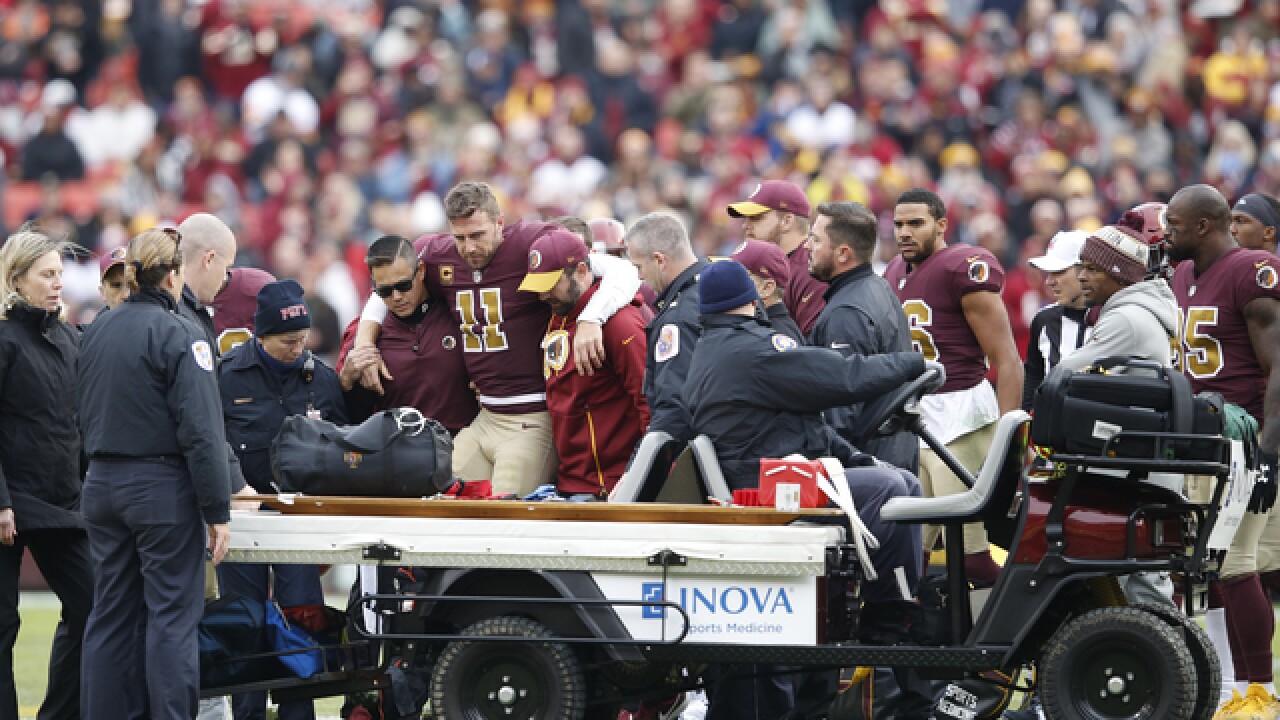 Copyright Getty Images
Joe Robbins
<p>LANDOVER, MD - NOVEMBER 18: Alex Smith #11 of the Washington Redskins is helped off the field after being sacked and injured by Kareem Jackson #25 of the Houston Texans in the third quarter of the game at FedExField on November 18, 2018 in Landover, Maryland. (Photo by Joe Robbins/Getty Images)</p>

(AP) -- Thirty-three years to the day after the Redskins lost quarterback Joe Theismann to a broken leg, Alex Smith's season ended on an eerily similar injury in Washington's 23-21 loss to the Houston Texans on Sunday.

Smith broke his right tibia and fibula on a sack by Kareem Jackson midway through the third quarter and will require surgery. The veteran quarterback's leg turned the wrong way, much the way Theismann's did when he was sacked by Lawrence Taylor on a Monday night game in 1985. Theismann's injury ended his career.

"I know it was very painful for him and heartbreaking for a lot of people," Redskins coach Jay Gruden said. "He's a great guy and hard worker and one of the key leaders on this football team. These things happen in pro football, unfortunately. Just hate to see them happen with a guy like Alex."

Theismann attended the game and said he turned away after Smith went down.