Report: Tigers zero in on Kirk Gibson, Jack Morris as TV analysts in 2019 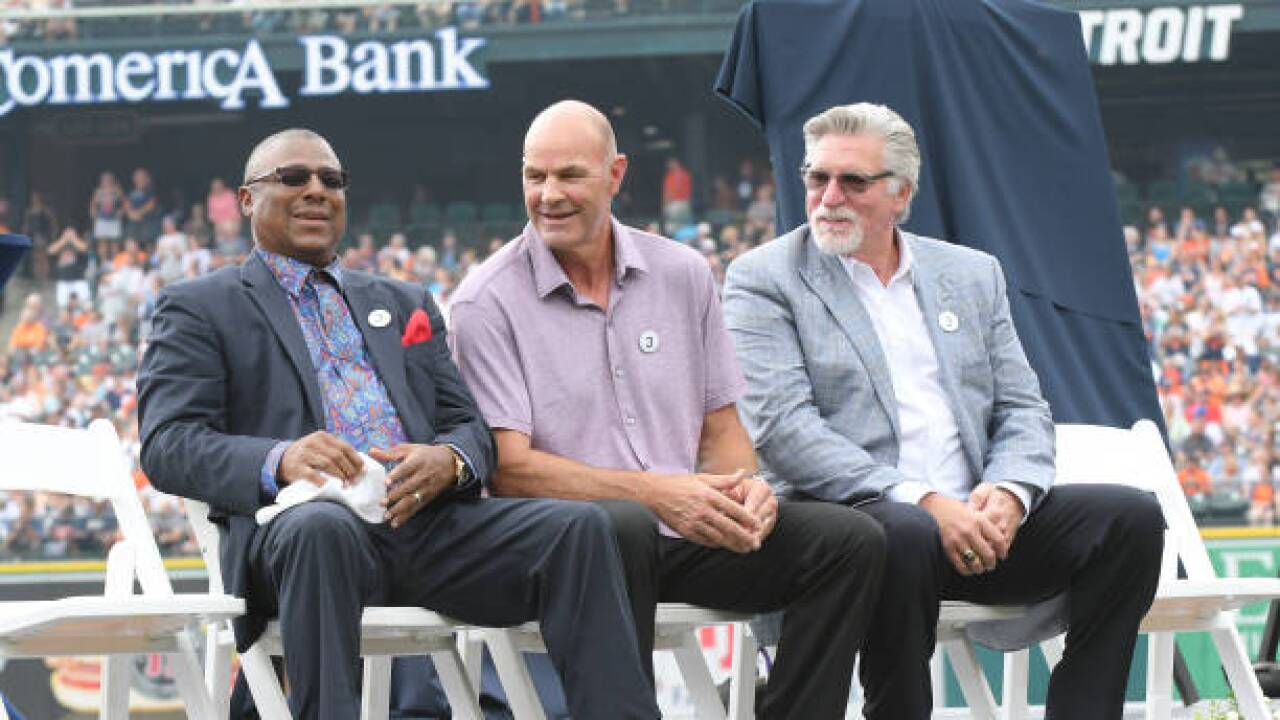 Mark Cunningham/MLB Photos via Getty Images
DETROIT, MI - AUGUST 26: Former Detroit Tigers teammates (L-R) Lou Whitaker, Kirk Gibson and Jack Morris sit together for a pre-game ceremony prior to the game between the Detroit Tigers and the Chicago White Sox at Comerica Park on August 26, 2018 in Detroit, Michigan. The White Sox defeated the Tigers 7-2. (Photo by Mark Cunningham/MLB Photos via Getty Images)

DETROIT (WXYZ) -- The Detroit TIgers are working out terms with Kirk Gibson and Jack Morris to serve as TV analysts on FOX Sports Detroit for the 2019 season, according to a report from Lynn Henning of The Detroit News.

Gibson, a Tigers TV analyst from 1998-2002, returned to FOX Sports Detroit in 2015, splitting time with Morris and Rod Allen.

The Tigers announced in October that Allen and play-by-play broadcaster Mario Impemba would not return for 2019.

According to Henning's report, a decision still has yet to be made on who will replace Impemba in the play-by-play role, but that one is expected by the end of January.