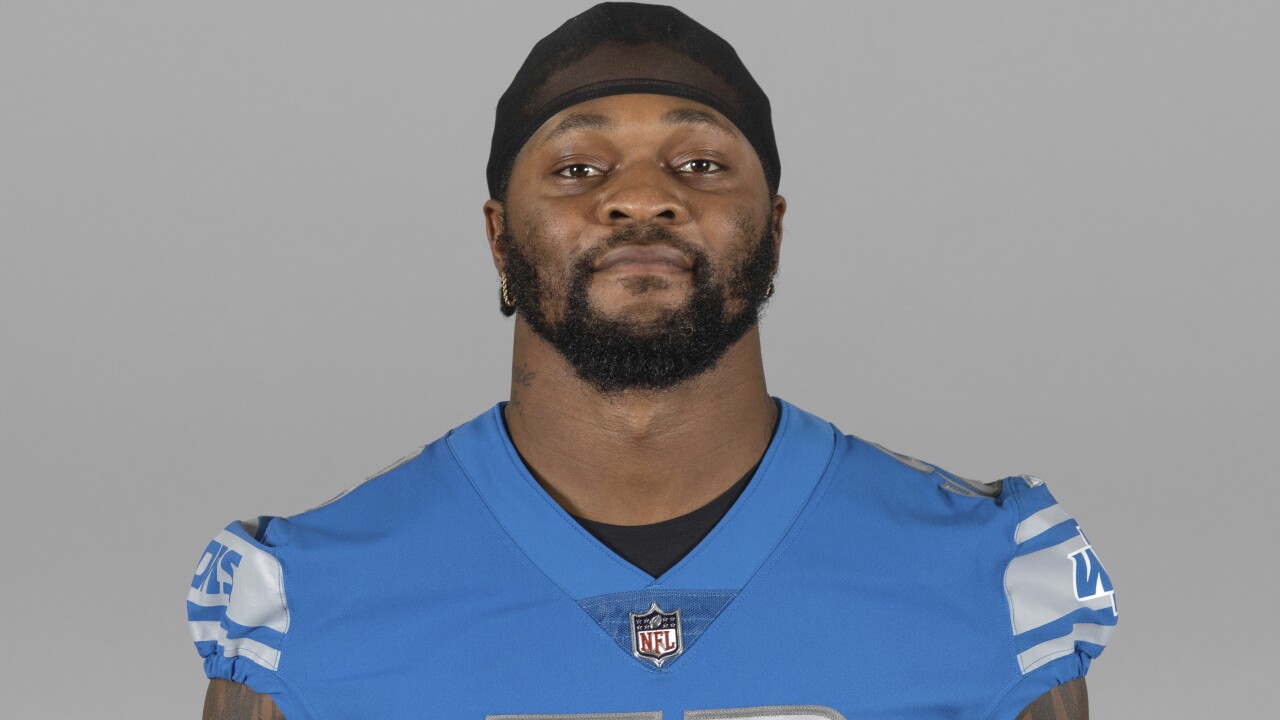 (Copyright 2020 The Associated Press. All rights reserved. This material may not be published, broadcast, rewritten or redistributed.)
AP
This is a 2020 photo of Jamie Collins Sr. of the Detroit Lions NFL football team. This image reflects the Detroit Lions active roster as of Saturday, Aug. 1, 2020 when this image was taken. (AP Photo)

(WXYZ) -- Detroit Lions linebacker Jamie Collins will not face a suspension after making contact with an official in Sunday's loss to Chicago, according to a report from NFL Network's Tom Pelissero.

Collins was ejected Sunday after pushing the crown of his helmet into the official after the end of a play.

Lions head coach Matt Patricia told reporters Monday he had spoken to Collins and the rest of the team about the situation.

"I think the bottom line is there’s rules in place for a reason, and it’s to protect everyone that’s out on the field, including the officials, and everybody knows that," Patricia said. "Whether it’s an honest mistake or not, you just can’t do that and that’s the bottom line. Jamie – he understands that; he knows that."

The 2020 NFL Rulebook (section 12-3-1-e) addresses player contact with officials as follows:
Unnecessary physical contact with a game official. Under no circumstance is a player allowed to shove, push, or strike an official in an offensive, disrespectful, or unsportsmanlike manner. The player shall be disqualified from the game, and any such action must be reported to the Commissioner.

Collins could still face a fine from the league.