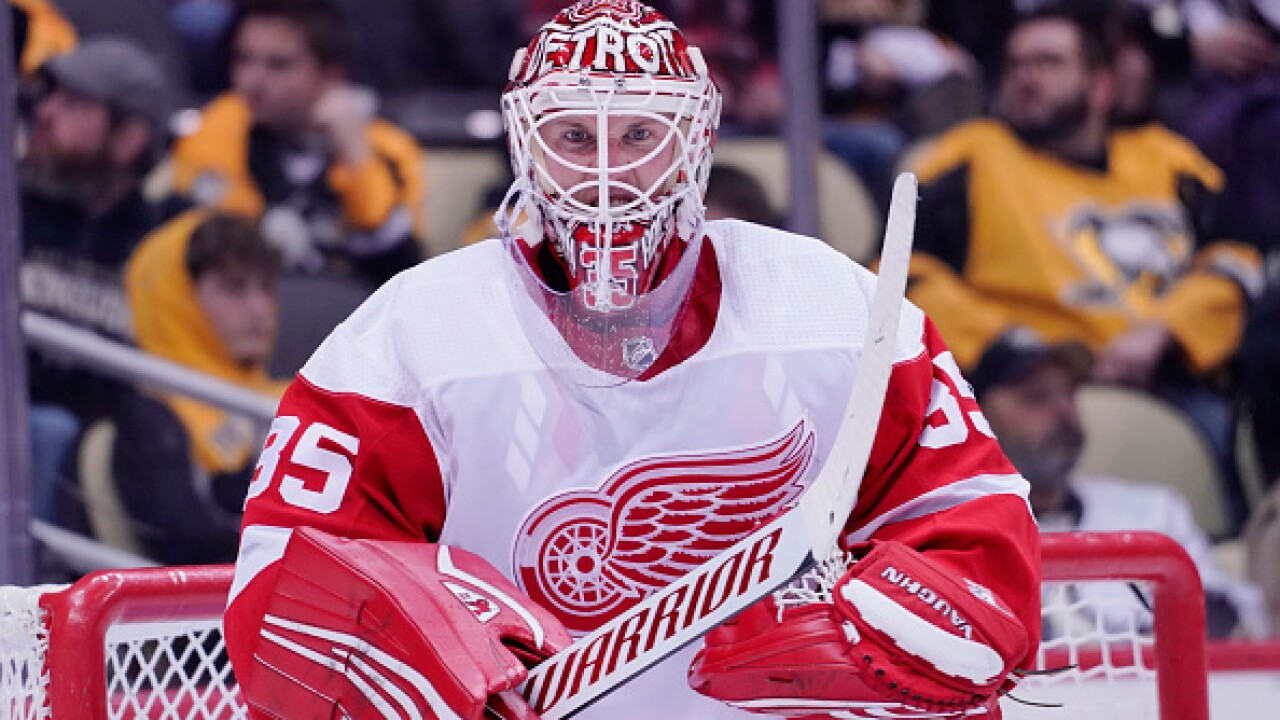 (WXYZ) — Jimmy Howard's name was in rumors at the trade deadline.

Ultimately, he remained with the Red Wings. Now, he'll be returning next season, too.

The Red Wings are set to announce a one-year extension with Howard, according to Helene St. James of the Detroit Free Press, Dan Rosen of NHL.com, and Kevin Weekes of NHL Network.

Howard was Detroit's representative at the All-Star Game this season. He has a .907 save percentage and 3.07 goals against average and is 18-20-5 in 47 games, including 45 starts, this season.