Rivals St. Clair, Marine City rooting for each other as each roll on in playoffs 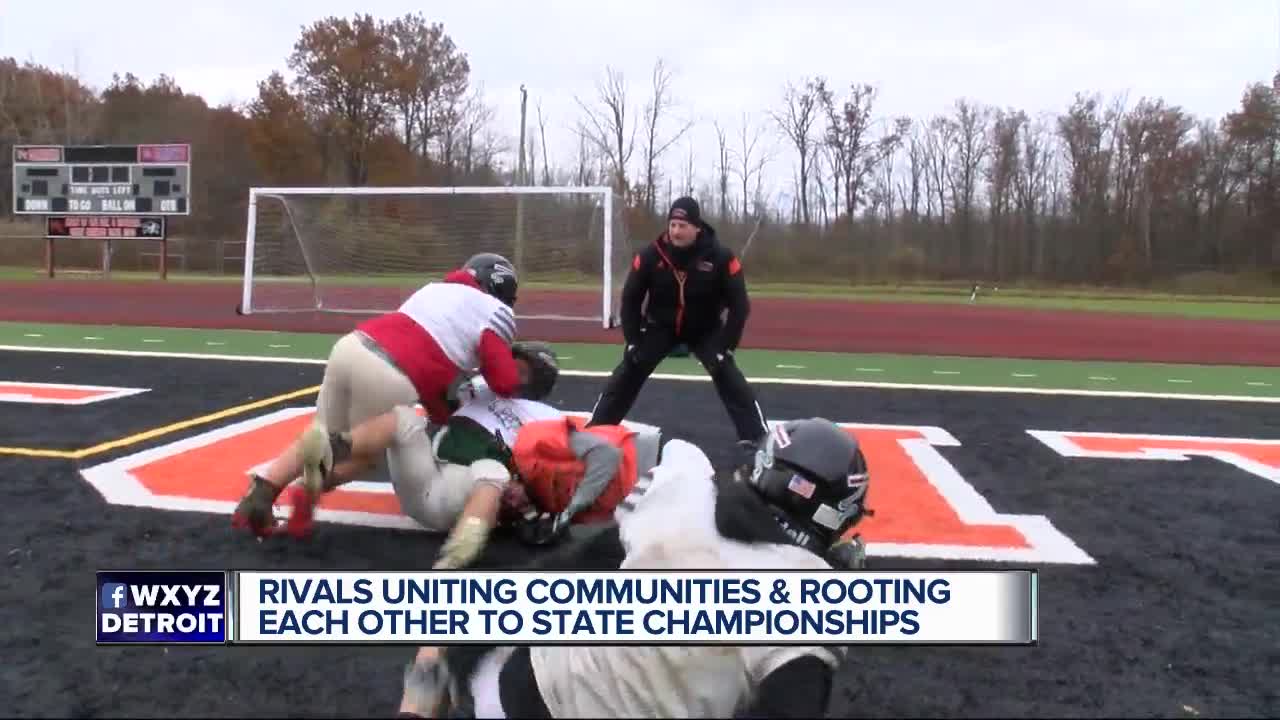 Rivals St. Clair, Marine City rooting for each other as each roll on in playoffs. Justin Rose reports. 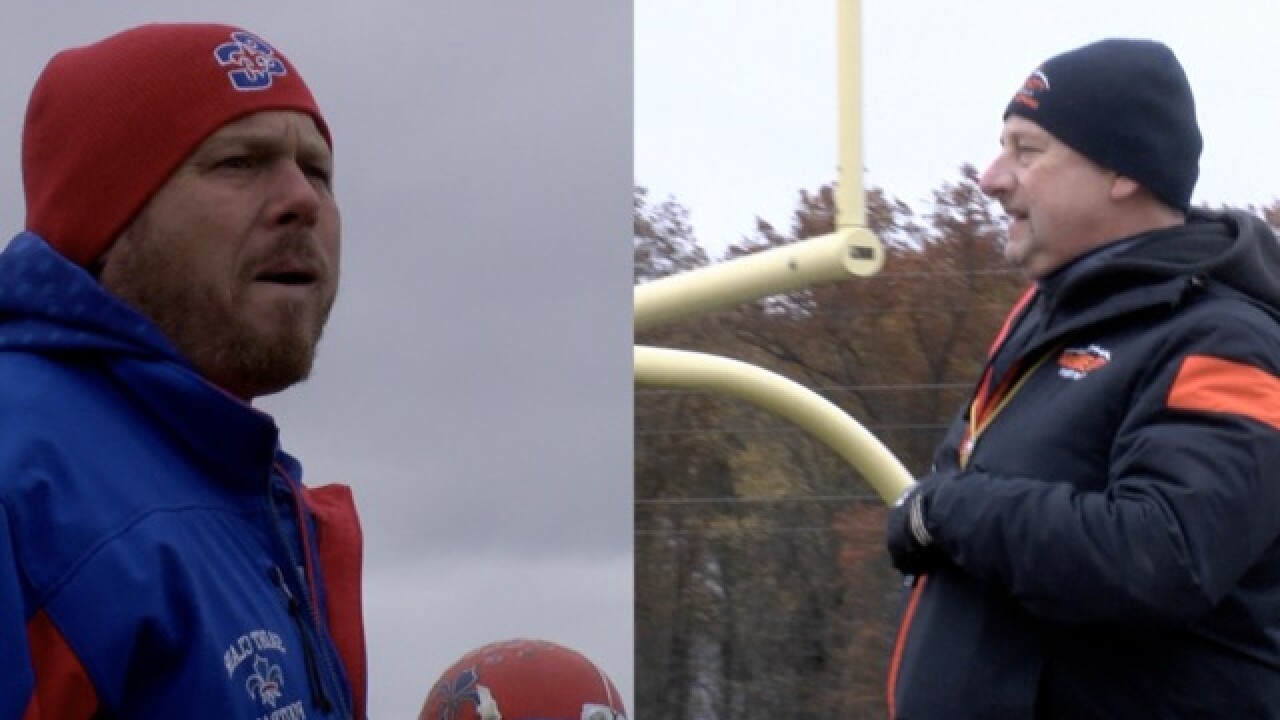 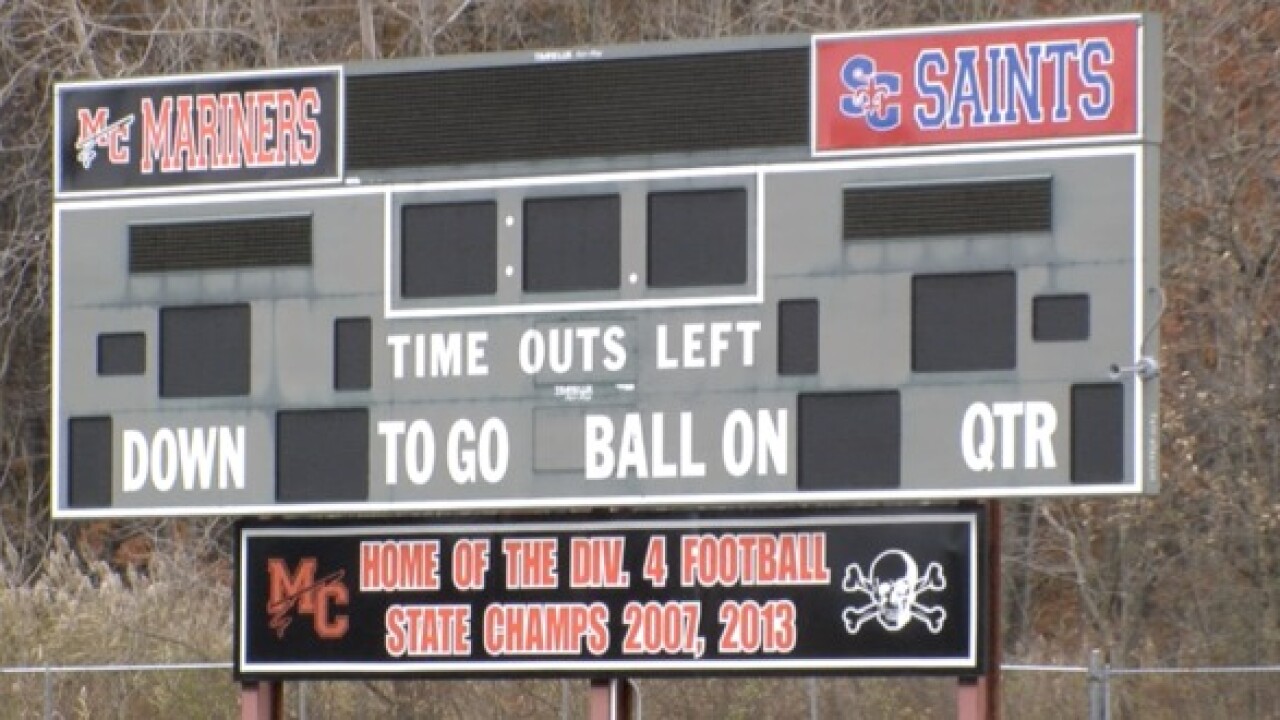 St. Clair and Marine City are familiar foes on the football field.

For most of history, Marine City has had the upper hand in the rivalry.

This season, St. Clair was the winner of the annual game.

But as each team prepares for their regional final game this Friday, two schools, under the same school district, are showing support for one another instead of rooting against each other.

"When it's all said and done, we're in the same school district, we want each other to do well, when we go against each other, it's a different story, no friends on the field," Marine City's Jack Kretzschmar said.

"We know a lot of kids from Marine City, we're good friends with them, you root for them when you're not playing them, so we're hoping for the best for them, we hope they keep winning and we keep winning," St. Clair's Joe Phillips added.

The winners will move on to the state semifinals, both teams made it this far in 2013.