Robinson Cano hit by pitch, has fracture on right hand 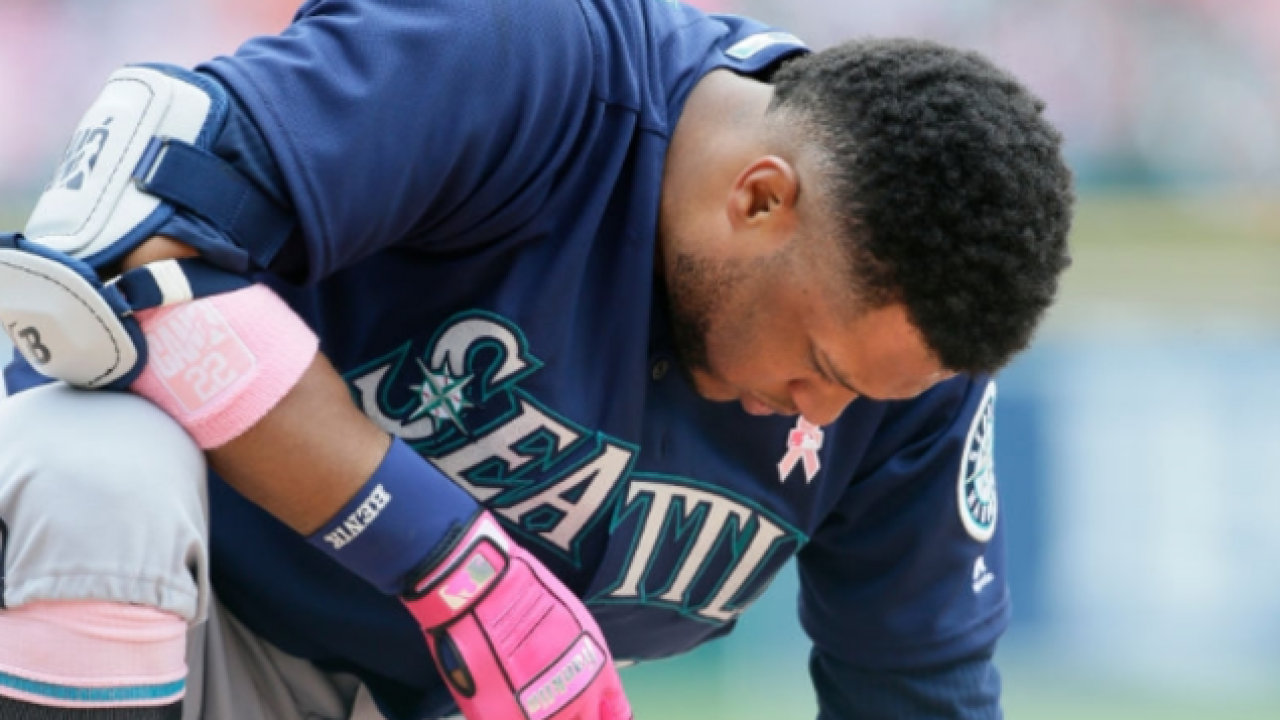 Copyright Getty Images
Duane Burleson
<p>DETROIT, MI - MAY 12: Robinson Cano #22 of the Seattle Mariners kneels on the field after getting hit on the right hand by a pitch from Blaine Hardy of the Detroit Tigers during the third inning at Comerica Park on May 13, 2018 in Detroit, Michigan. Cano had to leave the game. (Photo by Duane Burleson/Getty Images)</p>

DETROIT (AP) -- Robinson Cano left Seattle's game at Detroit in the third inning Sunday with a broken right hand after being hit by a pitch.

Cano was struck by a pitch from left-hander Blaine Hardy, then went to the dugout while being replaced by a pinch runner.

The 35-year-old Cano is hitting .287 with four home runs and 23 RBIs this season. He hit a three-run homer in Seattle's win Saturday night.

The Mariners came into Sunday's game with a 22-16 record, and Cano is one of the team's biggest stars. He hit 39 home runs in 2016, although that number dipped to 23 a season ago.