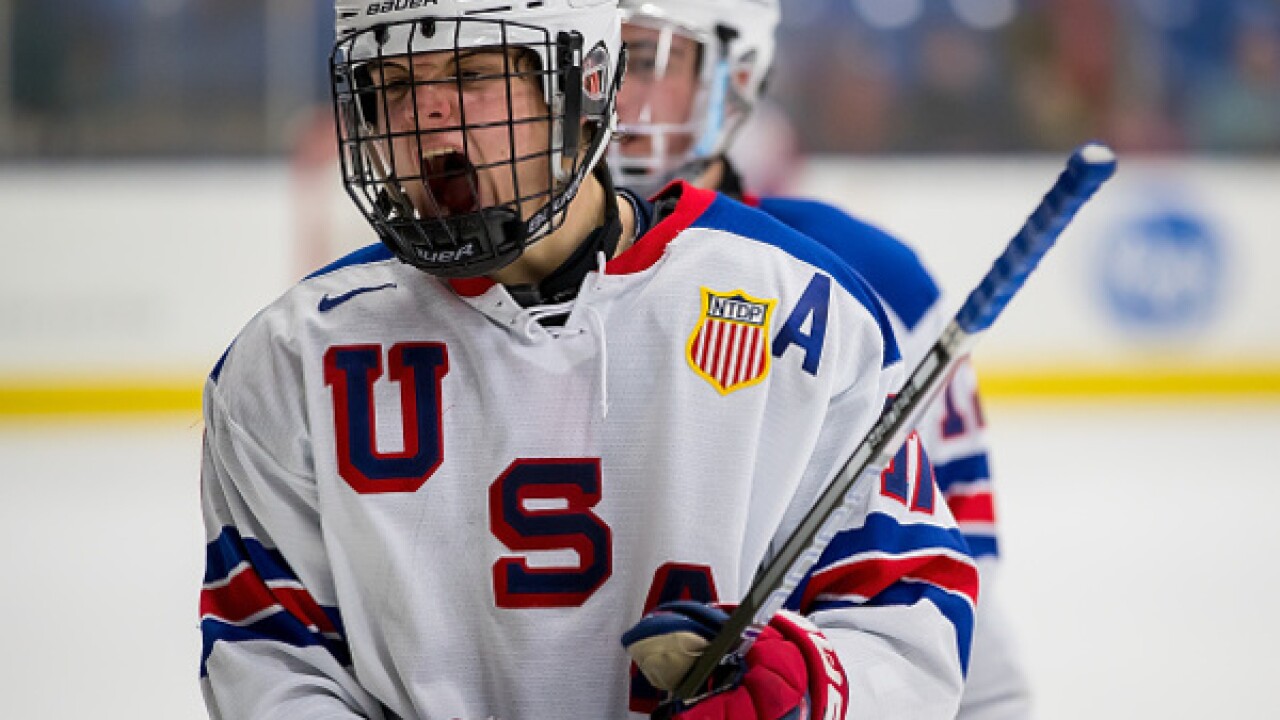 Jonathan Gruden was born in Rochester Hills and grew up playing for Little Caesars and HoneyBaked. His dad, John, played in the NHL and is currently a coach in the OHL.

His hockey background and early, dazzling highlights helped him earn a spot with USA Hockey's National Team Development Program in Plymouth, which houses the best young hockey players in the country.

It takes a lot to make Team USA in any sport, at any level. Gruden has separated himself in his quest to reach the NHL by becoming a team-first guy.

"It's plenty of fun going to school with your teammates, going to class, and then going to the rink," Gruden told WXYZ in an interview at USA Hockey Arena.

This June, he'll join a big group of his teammates who will hear teams call their names at the NHL Draft.

"You just have to put individual stuff aside, and focus on the team goal. Once we do that, the individual success will then come," he said.

Gruden registered 28 goals and 32 assists in the 2017-18 season with the USNTDP U-18 team. He's a top-45 skater in North American rankings. His leadership earned him a role as an alternate captain with the USA program.

"Michigan produces a lot of great players, so being a part of that is really cool, and then being on Team USA, it's awesome," he said.

Gruden  didn’t enjoy hockey the first time he got on the ice when he was just two years old. His dad played 92 games in the NHL, and is guiding the Hamilton Bulldogs to the Memorial Cup after withstanding a strange ownership situation as head coach of the Flint Firebirds. He didn’t force his son to love the game, and that patient parenting helped develop one of the top talents in the country.