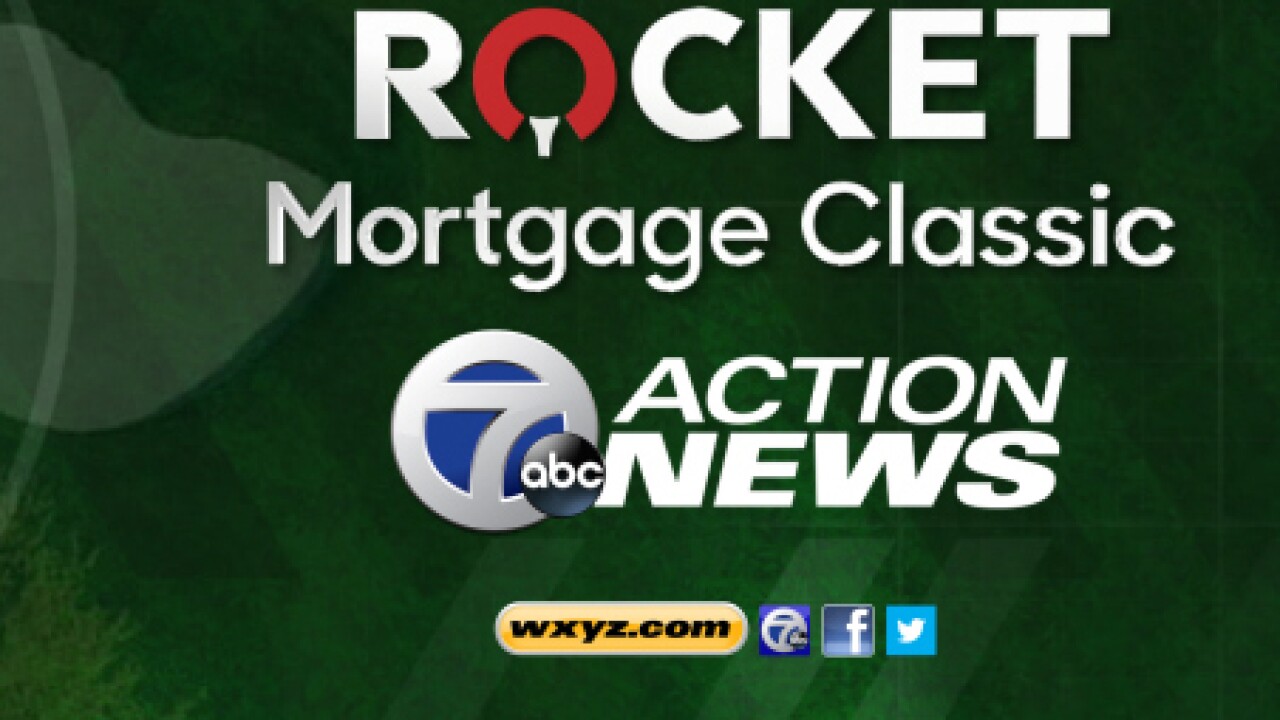 WXYZ — “We want to be the social event of the year that does social good,” Vice President and Tournament Director Rob Croll said.

When it comes to fan engagement as a closed event, you can understand the challenges. Last year, swarms of people took to the grounds at Detroit Golf Club to take in everything that the first year tournament could offer. This year, the tournament directors have shifted their focus digitally, to keep building the momentum of the first year of the Rocket Mortgage Classic.

Golf broadcaster Mike Tirico will host virtual tee times, where fans can watch interviews between Tirico and the golfers on Wednesday.

Harold Varner III will be participating in an online Q&A with kids as well. These events will be broadcast to give an inside the ropes feel to the event, but the major focus isn’t so much the golf, as good as it will be, but on the impact this tournament is trying to build upon each year.

“Everybody thinks it’s about a golf tournament, but at the end of the day, it’s not. The most important things of the tournament checklist and our title sponsor, Rocket Mortgage, and more than that the PGA Tour, is giving back to the community and the impact that this tournament is able to make on the community,” Croll added.

Something that was a massive hit last year was the merchandise, hats, polo's, pullovers, you name it, they sold it out. This year, they’ve revamped the products available, and even though you won’t be able to buy them in person, all of the proceeds go to the Rocket Giving Fund, which is dispersed to the participating charities.

“RocketMortgageClassic.com, you can go there, there’s a bunch of new apparel, new items, everything from men’s and women’s and there’s new stuff with new designs and that’s the key, golfers love to have the new gear,” Croll said.

Follow the tournaments social channels all week for more.