Rocket Mortgage Classic moving to the end of May in 2020 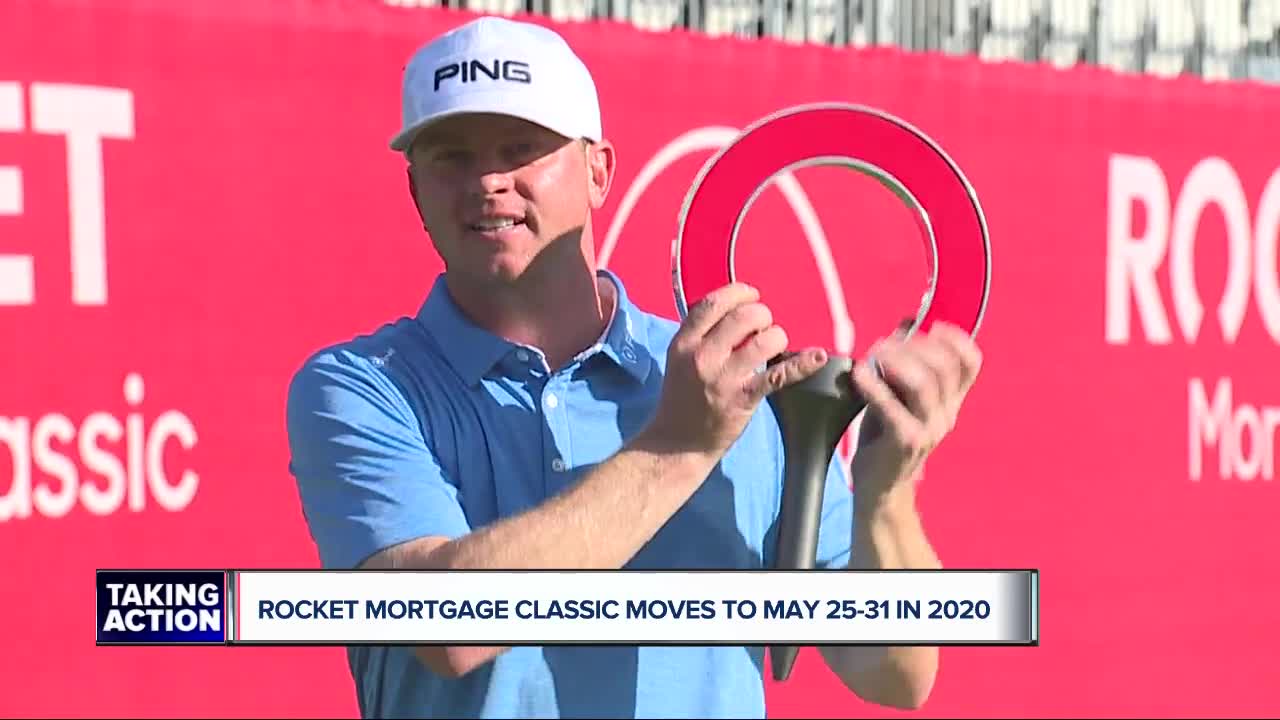 After a massively successful first year at the end of June, the Rocket Mortgage Classic will reportedly move to the end of May, the weekend after Memorial Day, in the 2019-20 PGA Tour schedule, expected to be released on Monday. 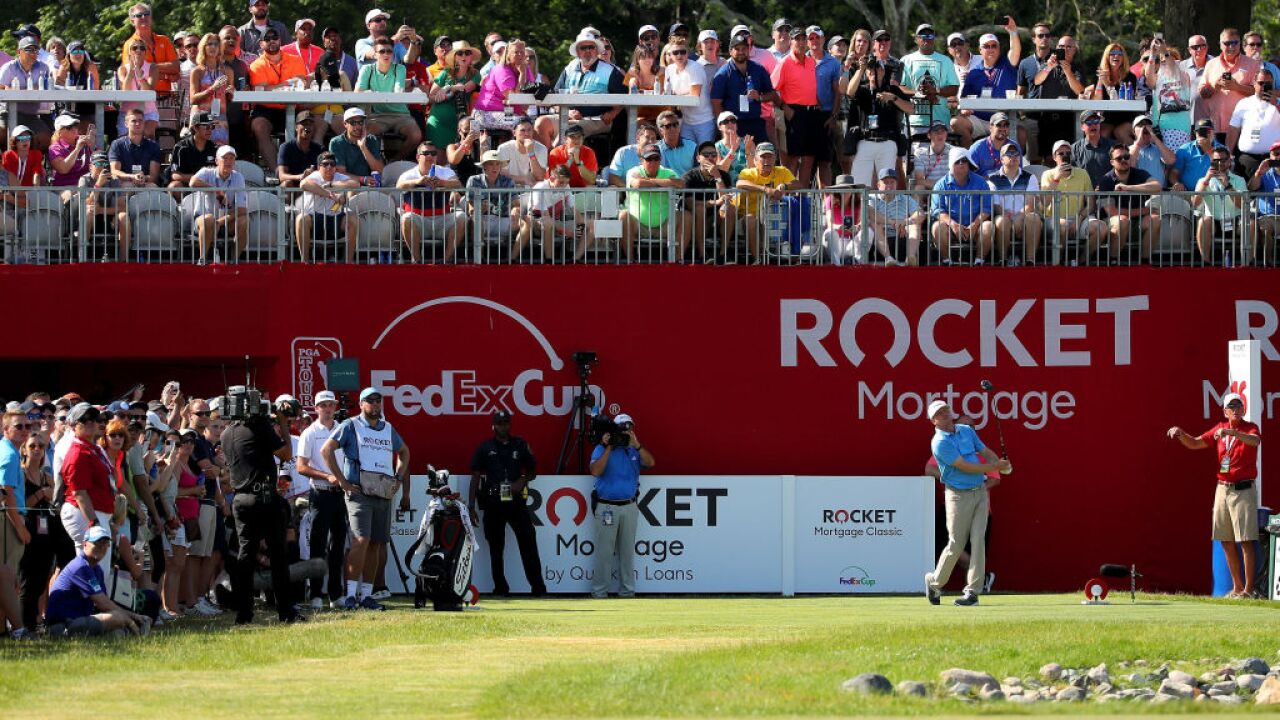 DETROIT (WXYZ) — After a massively successful first year at the end of June, the Rocket Mortgage Classic will move to the end of May, the tournament and PGA Tour announced on Monday morning.

The tournament called the change one of the most notable in the schedule, which also included two new tournaments and and the return of two other tournaments, expanding the schedule to 49 and including a break for the 2020 Summer Olympics in Tokyo.

With the new date, the Classic will be in a good spot to land an even better field, two weeks after the PGA Championship and three weeks before the U.S. Open. It's also the week before Jack Nicklaus' Memorial Tournament in Dublin, Ohio, just outside of Columbus.

“We couldn’t be more excited about the dates the PGA TOUR has provided us, and we are looking forward to holding to another phenomenal tournament in 2020. Not only will the Rocket Mortgage Classic be a great way to kick off summer in Detroit immediately after the Memorial Day holiday, but we will once again have our tournament fall between two major championships - the PGA Championship and U.S. Open," Tournament Director Jason Langwell said in a statement. "We are confident that the Rocket Mortgage Classic will be an attractive option for many of the world’s top players, and allow us to recruit another exceptional field, just as we did for our inaugural tournament.

The inaugural event featured a great lineup with several major winners including Dustin Johnson, Gary Woodland, Bubba Watson, and one of the most popular players on tour, Rickie Fowler.

Nate Lashley won the Classic, and it was his first-ever PGA Tour win and dominated the entire field throughout the week.

The tournament will also run concurrently with the Chevrolet Detroit Grand Prix on Belle Isle, which runs May 29-31.

"Both of these events bring a tremendous benefit to our city and to Southeast Michigan, from the annual economic boost to our region to showing the world all that Detroit has to offer through the highest levels of both motorsports and golf competition. That weekend then transitions into the North American International Auto Show beginning the following week, so Detroit will be a special place to be and it will be a terrific opportunity for our city to shine," Grand Prix Chairman Bud Denker said in a release. "Rocket Mortgage has been a great partner with the Grand Prix over the years and we look forward to working together with the Rocket Mortgage Classic in the coming months to make this one of the biggest weekends in Detroit sports history."