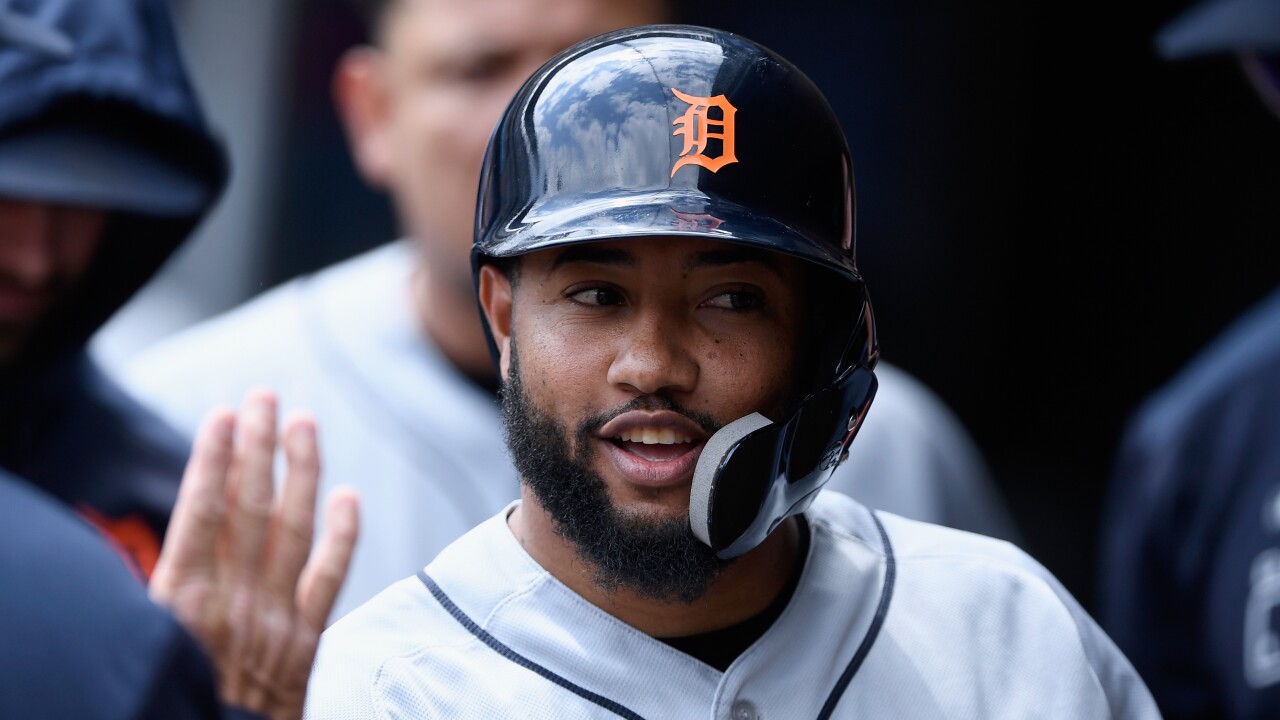 MINNEAPOLIS (AP) -- Maybe it was the shoes for Ronny Rodriguez.

The Detroit Tigers shortstop had an option of wearing gray or orange shoes for the first game of a doubleheader against Minnesota. He chose the former, and now his teammates might have to follow suit.

Rodriguez hit a pair of solo homers, and John Hicks hit a tiebreaking homer in the ninth inning as the Tigers beat the Twins 5-3 in Saturday's opener.

"Before the game, I asked him, `Where's the orange shoes?"' Tigers bench coach Steve Liddle said. "He goes, `Oh, papi, the gray ones are hot,' and he wasn't lying. So, I think everyone's going to be wearing gray shoes for the night game."

Brandon Dixon also homered for the Tigers, who beat the AL Central-leading Twins for the first time this season and snapped Minnesota's four-game winning streak.

The Twins tied it 3-3 in the eighth when C.J. Cron homered off Joe Jimenez (2-1) before Hicks connected on the first pitch from reliever Trevor Hildenberger (2-2). Detroit added an insurance run on Christin Stewart's RBI single to right.

Rodriguez's solo shots came in the second and fourth innings, including a career-long 454-foot blast to left-center. It was the first multi-homer game of his career. His five homers are tops on the Tigers.

"I don't look for homers," Rodriguez said. "I just have a good contact, put the bat down and run the bases."

Shane Greene pitched a scoreless ninth to earn his AL-leading 14th save.

Spencer Turnbull allowed two runs in 5 2/3 innings for Detroit. He departed after Jason Castro's homer, which followed a successful challenge that backfired for Detroit. Castro took first base, appearing to be hit by a pitch from Turnbull. The Tigers challenged the call, and it was ruled the ball hit Castro's bat. He returned to the batter's box and launched his fifth homer of the season.

Michael Pineda allowed three runs in six-plus innings, departing after allowing a pair of singles to open the seventh. He gave up both of Rodriguez's homers and did not issue a walk for the second time in eight starts this season.

Twins manager Rocco Baldelli was encouraged by the start from Pineda, who continues to work his way back after missing last season following Tommy John surgery.

Tigers manager Ron Gardenhire, the former Minnesota skipper, was ejected in the bottom of the third by home plate umpire Hunter Wendelstedt for arguing balls and strikes, drawing cheers from Twins fans. It was the 79th ejection of Gardenhire's career.

The doubleheader was scheduled to make up a game that was postponed on April 12 because of blizzard-like conditions. Rain fell briefly during the opener. It was enough to send fans scurrying for cover, but the game was not delayed.

Detroit added LHP Gregory Soto from Double-A Erie as the 26th man for the doubleheader. Minnesota placed Martin Perez on the paternity list and recalled RHP Kohl Stewart from Triple-A Rochester to start the second game. The Twins added RHP Tyler Duffey as the 26th man.

Tigers: Detroit reinstated LHP Blaine Hardy from the 10-day injured list. He had been on the IL since April 22 with a left forearm strain. To make room on the 25-man roster, the Tigers optioned RHP Eduardo Jimenez to Triple-A Toledo.

Twins: Baldelli wasn't too worried about infielder Marwin Gonzalez, who suffered a facial contusion Friday during a collision with Detroit first baseman Niko Goodrum. Gonzalez sat out the opener but was expected to play the nightcap.

Tigers: Soto was set to make his major league debut in the second game.

Twins: Stewart was set for his second start of the year with Minnesota.