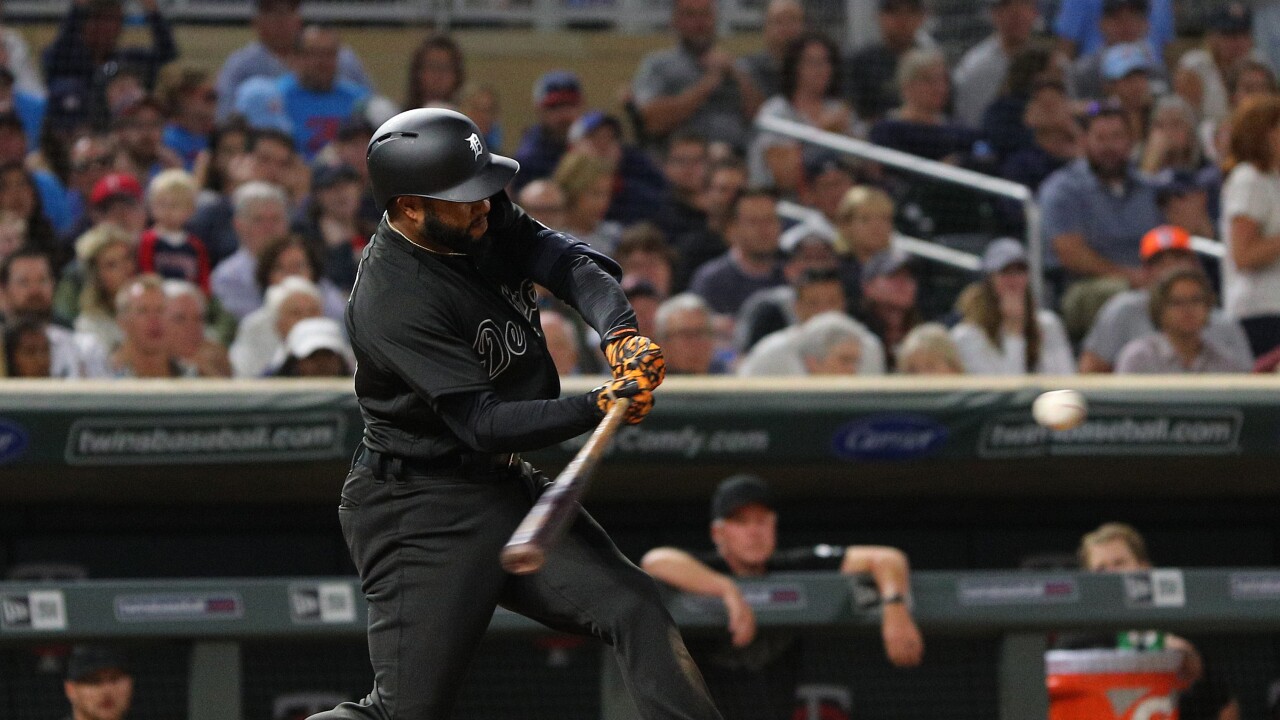 MINNEAPOLIS (AP) -- Ronny Rodriguez had three hits, including a grand slam, and Drew VerHagen struck out 11 in a career-high six innings as the Detroit Tigers beat the AL Central-leading Minnesota Twins 9-6 on Friday night.

Rodriguez's first career grand slam capped a five-run sixth inning off All-Star Jose Berrios. The drive helped the Tigers, with the worst record in the league, cut Minnesota's lead to 2 1/2 games over Cleveland.

Miguel Sano and Jake Cave each homered twice for Minnesota, which has recently lost three of four at Target Field to distant division opponents Chicago and Detroit.

Berrios (10-7) allowed five runs on 10 hits in 5 1/3 innings. It's the second-most hits he's allowed in a game this season and he's given up at least five earned runs in two of his past four starts after having one such game in the first four months.

In four August starts, Berrios has an 8.43 ERA and the Twins have lost three of the games.

VerHagen (4-2) got another chance in the Tigers' beleaguered rotation and had the best outing of his career. He allowed three runs in six innings -- his previous high for strikeouts was five against the White Sox on Aug. 6.

Down 5-3, the Twins loaded the bases in the seventh against Jose Cisnero. But Buck Farmer entered and got Jorge Polanco to pop out in foul territory to end the inning.

Berrios got out of trouble early against Detroit, which owns the league's worst offense in total runs and batting average. But the Tigers' didn't let Berrios off the hook in the sixth.

Castro and Lugo each had three hits. Rodriguez is hitting .323 with three home runs and six RBIs in eight games since being recalled from Triple-A Toledo.

Tigers: 2B Niko Goodrum left the game in the fourth inning with left groin tightness. Goodrum returned Thursday after missing four games with a groin injury. ... INF Jeimer Candelario was reinstated from the injured list on Friday after recovering from a left thumb injury. He was optioned to Triple-A where he was on a rehab assignment.

Twins: OF Byron Buxton is nearing a return from a left shoulder subluxation after going through a round of full baseball activities before the game. Manager Rocco Baldelli said Buxton will go on a rehab assignment "soon." ... OF Eddie Rosario was out of the lineup after leaving the previous game with a hamstring injury. Baldelli said an MRI was "clean" and Rosario said he was doing better.

Tigers: RHP Edwin Jackson (3-6, 8.46 ERA) will make his fourth start for Detroit on Saturday evening. Jackson has a 3.86 ERA for the Tigers this season after losing his last start at Houston when he allowed five runs in five innings.