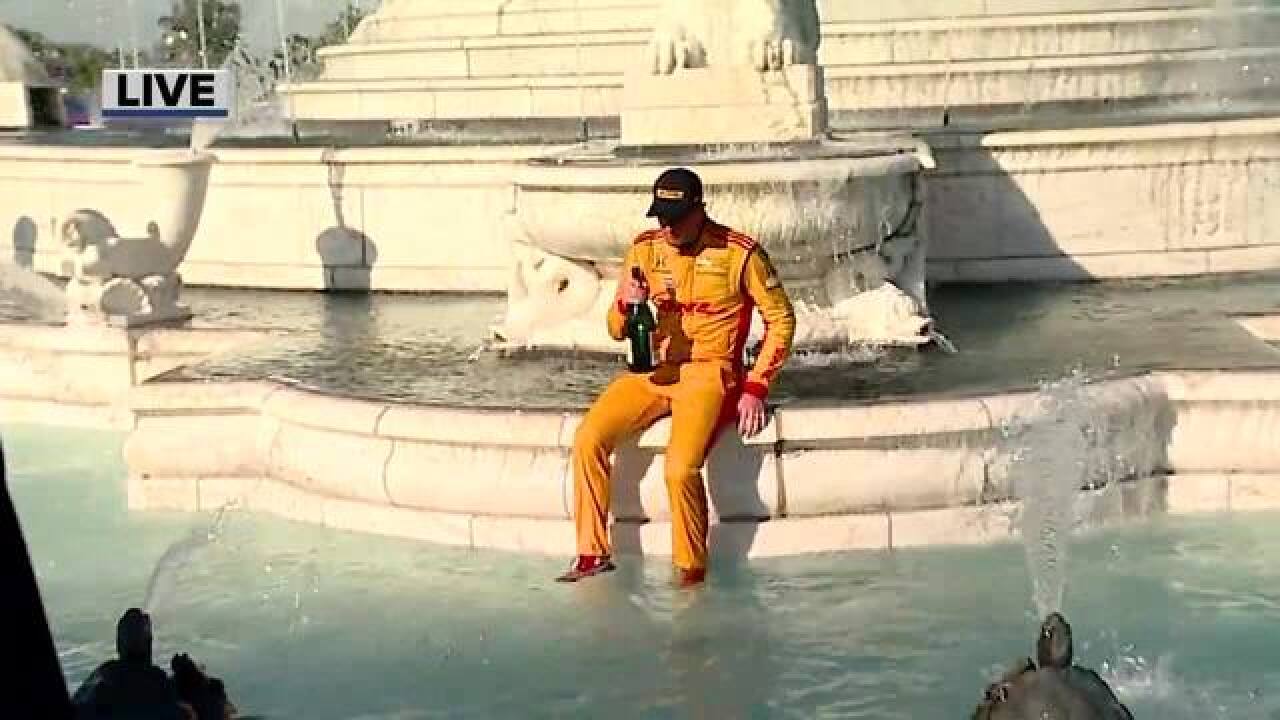 DETROIT — After his first IndyCar victory since 2015, Ryan Hunter-Reay could look back on some of the most frustrating moments of the drought.

“If you look at the past Indy 500s in ‘17 and ‘16, ones I think we could have won — both of those. Led the most laps in one of them, didn’t finish the race,” he said. “Catching James Hinchcliffe at Long Beach in the last five laps or whatever it was. The electrical system shuts down. Leading in 2016 at Pocono and the same electrical problem shuts the car down.”

Hunter-Reay can finally put all that behind him after he prevailed at Belle Isle on Sunday, taking over the lead when teammate Alexander Rossi slid off the track at a turn with about seven laps to go. It was Hunter-Reay’s 17th career IndyCar victory but his first since Pocono in 2015.

Rossi, the pole winner, was struggling to hold off Hunter-Reay before the mishap at a right turn on lap 64 of 70. From there, it was smooth sailing for Hunter-Reay on the 2.35-mile street course. He finished more than 11 seconds ahead of second-place Will Power.

“There was just no way anyone was going to beat him,” Power said. “We just seemed to struggle a little bit on full tanks and cold tires, but very happy with the result. You know, I feel like with what we had, that’s the most that we could have got out of that race.”

Ed Jones finished third, followed by Scott Dixon. Rossi fell to 12th and dropped out of the series points lead.

“Our car was quick. We led a lot of the race,” Rossi said. “I don’t have an answer for you, unfortunately.”

Rossi and Hunter-Reay both drive for Andretti Autosport.

Power, this year’s Indianapolis 500 champion, returned to the top of the season standings. He’d fallen from first to third after Saturday’s race, in which Dixon outlasted Hunter-Reay for the win.

The second half of Belle Isle’s IndyCar doubleheader was Sunday. It was delayed over a half-hour because the pace car crashed during a pace lap. There was another caution right after the start when Spencer Pigot spun. After that, the race was caution free the rest of the way.

Rossi hit the brake before a turn and his front left tire appeared to fail him , and his car went straight toward a runoff area.

“Alex has done a great job, no doubt a future series champion,” Hunter-Reay said. “My job is to make sure it’s not this year.”

WHO’S HOT: It was another big day for Honda, which had the top six finishers Saturday. Power was the only Chevrolet in the top six Sunday.

WHO’S NOT: Josef Newgarden slid into a tire barrier in qualifying and finished 15th in Sunday’s race. That came on the heels of a ninth-place showing Saturday.

PACE CAR WRECK: Mark Reuss, an executive for General Motors, was driving the pace car when it crashed. Mark Sandy, a manager with IndyCar, was a passenger. There were no serious injuries.

“I think that’s a testament to the Corvette ZR1. I know that thing is 750 horsepower,” Hunter-Reay said. “I’ve driven one before, and you do not want to jump on the gas in that thing, and for sure it’s a fast car. ... It’s something that can happen and the race hadn’t started. No big deal.”

UP NEXT: The series heads to Texas Motor Speedway for a race this coming Saturday.