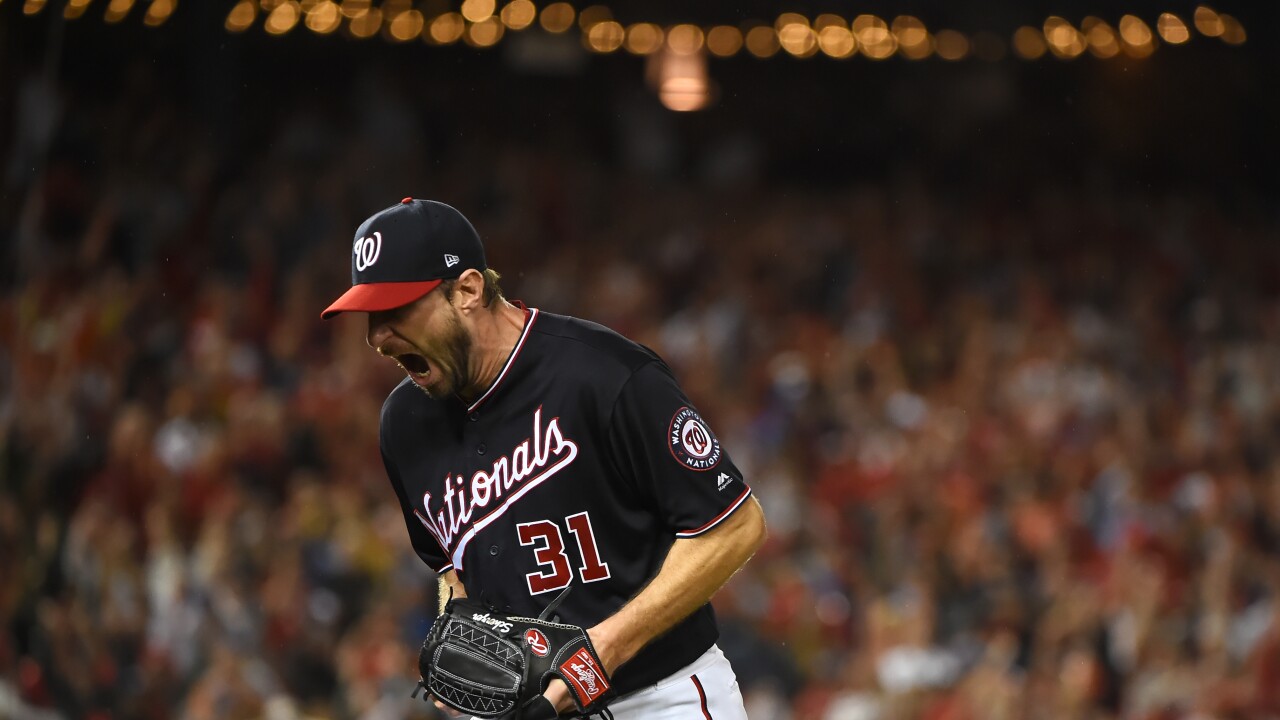 Will Newton/Getty Images
WASHINGTON, DC - OCTOBER 07: Max Scherzer #31 of the Washington Nationals celebrates as he walks back to the dug out after the last out with bases loaded in the seventh inning of game four of the National League Division Series against the Los Angeles Dodgers at Nationals Park on October 07, 2019 in Washington, DC. (Photo by Will Newton/Getty Images)

Scowling and muttering to himself in his third appearance of this postseason, Scherzer allowed one run and four hits while striking out nine. Most importantly for Washington, he and the Nats prevented LA from closing out the NLDS after taking a 2-1 lead into Game 4.

Game 5 will be Wednesday in Los Angeles, with Stephen Strasburg set to start for the Nationals against Walker Buehler.

The 35-year-old Zimmerman showed what he still can do at the plate by taking a 97 mph pitch, the second thrown by reliever Pedro Baez, and turning it into a high-arching parabola that descended onto the green batter's eye in straightaway center field for a three-run shot that made it 5-1.

That was after Julio Urias, the third Los Angeles pitcher and the one charged with the loss, began the fifth by serving up a hard liner by Trea Turner, who finished with three hits. Anthony Rendon delivered a run-scoring single that made it 2-1, one of his three RBIs.