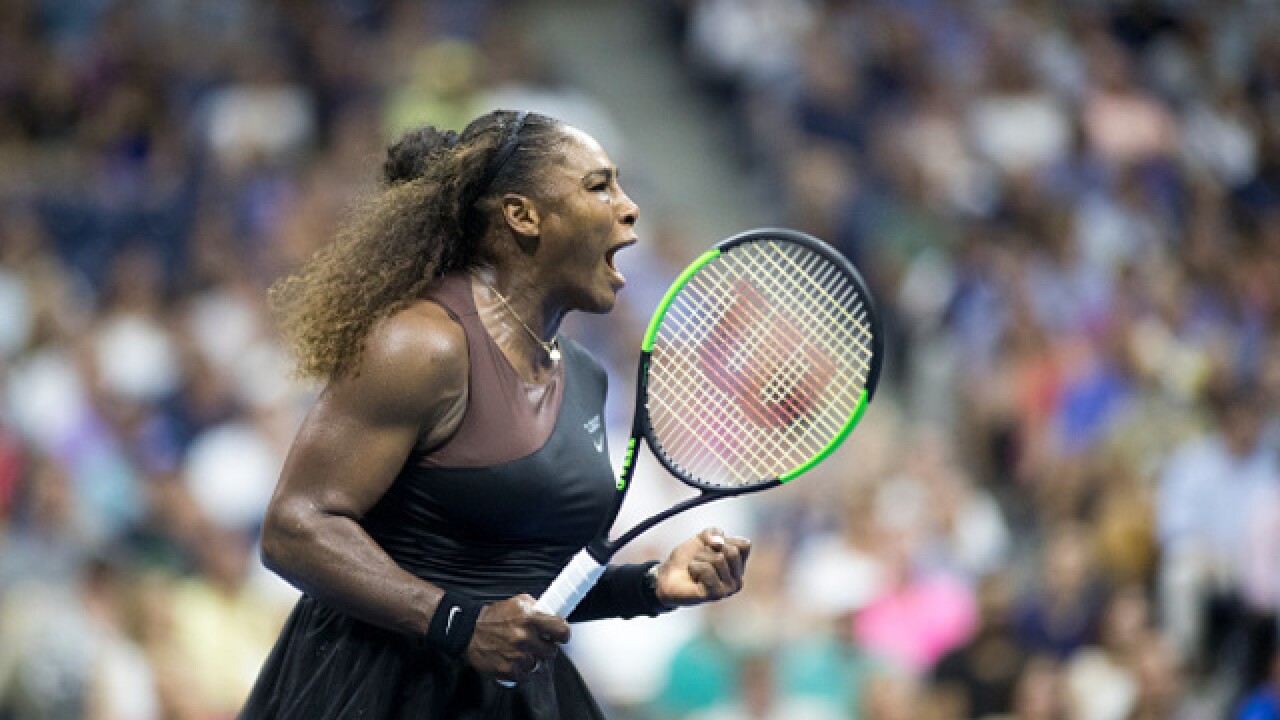 She was facing the last player she lost to at Flushing Meadows, and perhaps that was the problem. After just 20 minutes Tuesday night, Williams was in danger of trailing by two service breaks. Not much later, the outcome was no longer in doubt, because the 23-time Grand Slam champion suddenly was in complete control.

Williams put aside some early shakiness and an early deficit, turning things around with an eight-game run en route to a 6-4, 6-3 victory over No. 8 seed Karolina Pliskova for a spot in the semifinals.

Pliskova is a big server and hitter in her own right, someone who briefly spent time at No. 1 in the WTA rankings and was the runner-up at the U.S. Open in 2016, when she beat Williams in the semifinals. The 36-year-old American did not compete in New York a year ago, because she gave birth to her daughter during the tournament.

Go back to 2015, and that was another semifinal departure for Williams, whose bid for a calendar-year Grand Slam was shockingly ended by Roberta Vinci.

"Well, I want to just be able to get past the semis here. It's been a few, couple, rough semis for me," Williams said. "But regardless, this has been a great road."

Stephens, who said she had been dealing with a sinus infection, rued all of her wasted opportunities, most notably the seven break points she failed to convert in the first set. She sure didn't attempt to hide her frustration, either, repeatedly gesturing toward or speaking in the direction of her coach, Kamau Murray, up in the stands.

When someone urged her to raise her level in the second set, Stephens replied, "I'm trying!"

"When you don't play big points well, the match can get away from you," Stephens said. "I think that's what happened today. I didn't convert."

Sevastova, who retired in 2013 because of injuries and returned nearly two years later, advanced to her first Slam semifinal.

Especially considering that the next step will come against Williams, who's heading into her 36th semi at a major, 12th at Flushing Meadows.

It did take Williams a little while to get going as she pursues a seventh U.S. Open title.

That sluggish start came in the heat and humidity that hampered John Isner in his quarterfinal loss to Juan Martin del Potro on Tuesday afternoon, and Roger Federer in his fourth-round exit against John Millman a night earlier.

With her older sister, Venus - the woman she beat in the third round - in her guest box, Williams looked tight. Her timing was off. She put a backhand into the net to get broken to 2-1 at the outset. Then, down 3-1, she faced three break points; if Pliskova won any, she would have led 4-1. But Pliskova did not manage to put any of Williams' serves in play on those key points.

Soon after that, Williams went from trailing 4-2 to not only taking the first set but also leading 4-0 in the second.