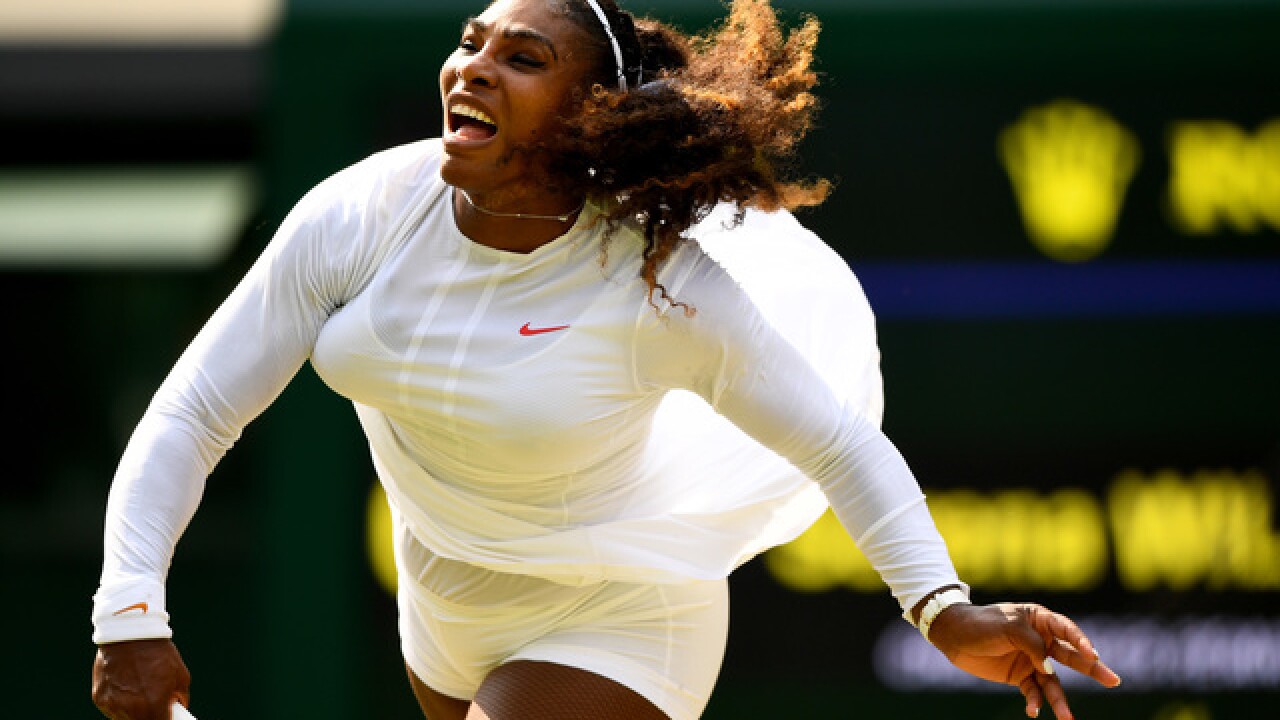 LONDON (AP) — Not one top-10 seed has made the women’s quarterfinals at Wimbledon. Serena Williams will be there, though, after she moved a step closer to an eighth title at the All England Club.

Williams reached her 13th Wimbledon quarterfinal by beating Russian qualifier Evgeniya Rodina 6-4, 6-2 on Monday, and never looked likely to join the parade of favorites who have been eliminated.

No. 7 Karolina Pliskova became the last of the top-10 seeds to be knocked out, losing to Kiki Bertens of the Netherlands.

Since seeds were introduced in the 1920s, it’s the first time none of the top-10 have reached the women’s quarterfinals at Wimbledon. It’s also a first for any Grand Slam tournament in the 50-year professional era.

Williams is seeded 25th after returning from having a baby, but is looking like her usual dominant self on the grass courts. In a matchup of the only two mothers remaining in the draw, she jumped into a 3-0 lead in both sets and wrapped up the win in 62 minutes.

Rodina, who upset 10th-seeded Madison Keys in the previous round, broke back for 3-2 in the second set but was broken to love straight away.

“It was tougher than the scoreline,” Williams said. “I knew we were both moms, and I’m not sure how often that’s happened, if ever. So it’s really cool. You can be a mom, you can still play tennis and you can still be great.”

In the men’s tournament, Roger Federer advanced to a record-extending 16th Wimbledon quarterfinal with a 6-0, 7-5, 6-4 victory over Adrian Mannarino of France.

The eight-time champion lost just five points in a 16-minute first set but faced break points for the first time in this year’s tournament, saving all four. Federer has now won 32 consecutive sets at Wimbledon to move within one straight-sets victory of breaking his previous longest streak at the All England Club, when he won 34 in a row between the third round in 2005 and the final in 2006.

Bertens hit seven aces and saved eight of the 10 break points she faced to win 6-3, 7-6 (2) against Pliskova and complete the latest upset in the women’s draw. She beat the ninth-seeded Venus Williams in the third round after coming from a break down in the third set.

Ostapenko reached the last eight for the second straight year with a 7-6 (4), 6-0 victory over Aliaksandra Sasnovich, while Cibulkova beat Hsieh Su-Wei 6-4, 6-1.