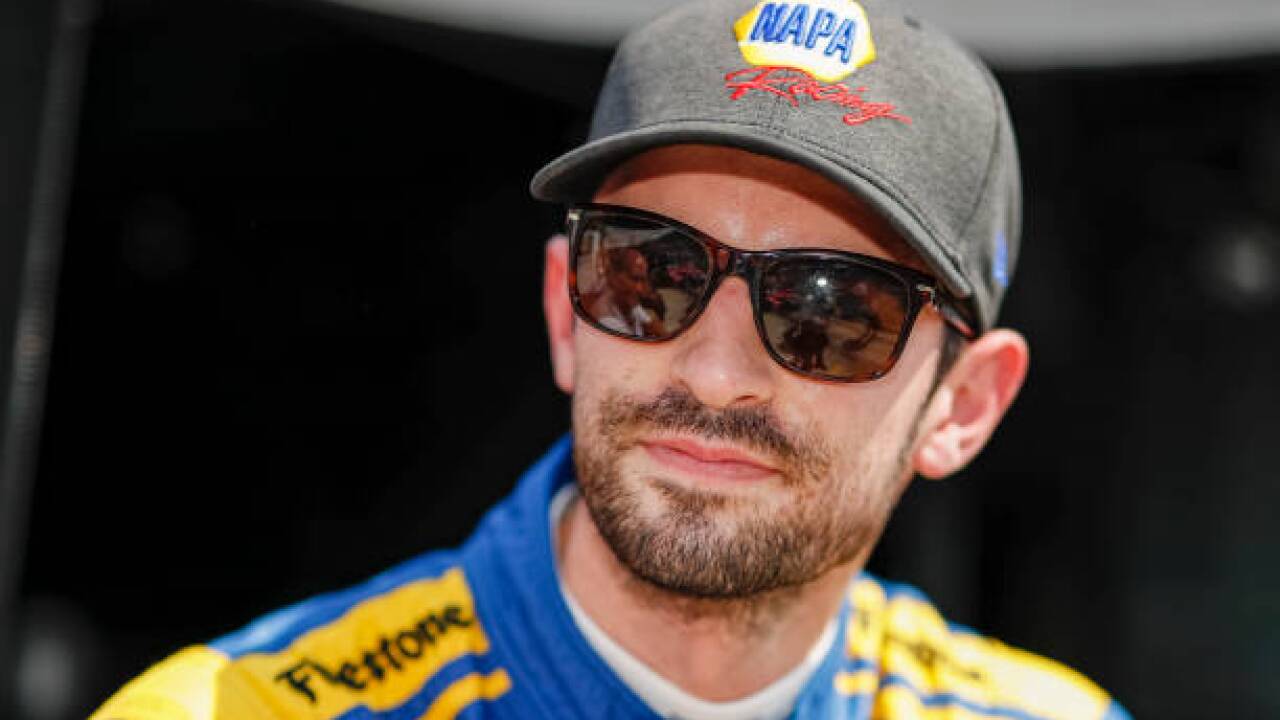 Spectators on Belle Isle were advised to exit the stands and seek shelter about 90 minutes before the scheduled 3:50 p.m. ET start of the race.

The National Weather Service issued a severe thunderstorm warning that was to end just minutes before the expected start in Motor City.

Alexander Rossi looks like he may be the driver to beat at the Detroit Grand Prix.

Rossi started first when he went on to win four of the six races in his career. He earned the pole for of two races scheduled on Belle Isle. Severe weather in the area might push back the mid-afternoon start of the race.

Rossi hopes his next run in the Motor City goes better than his last one on the 2.35-mile road course on the banks of the Detroit River.

He had the pole in the second of two races last year and led 46 of 63 laps. But locked up his brakes late in the race when under pressure from Ryan Hunter-Reay. Rossi ended up overshooting a turn and puncturing a tire, requiring a pit stop, and finished 12th.

The Andretti Autosport driver had a second-place finish at the Indianapolis 500, coming up just short to Simon Pagenaud of Team Penske.