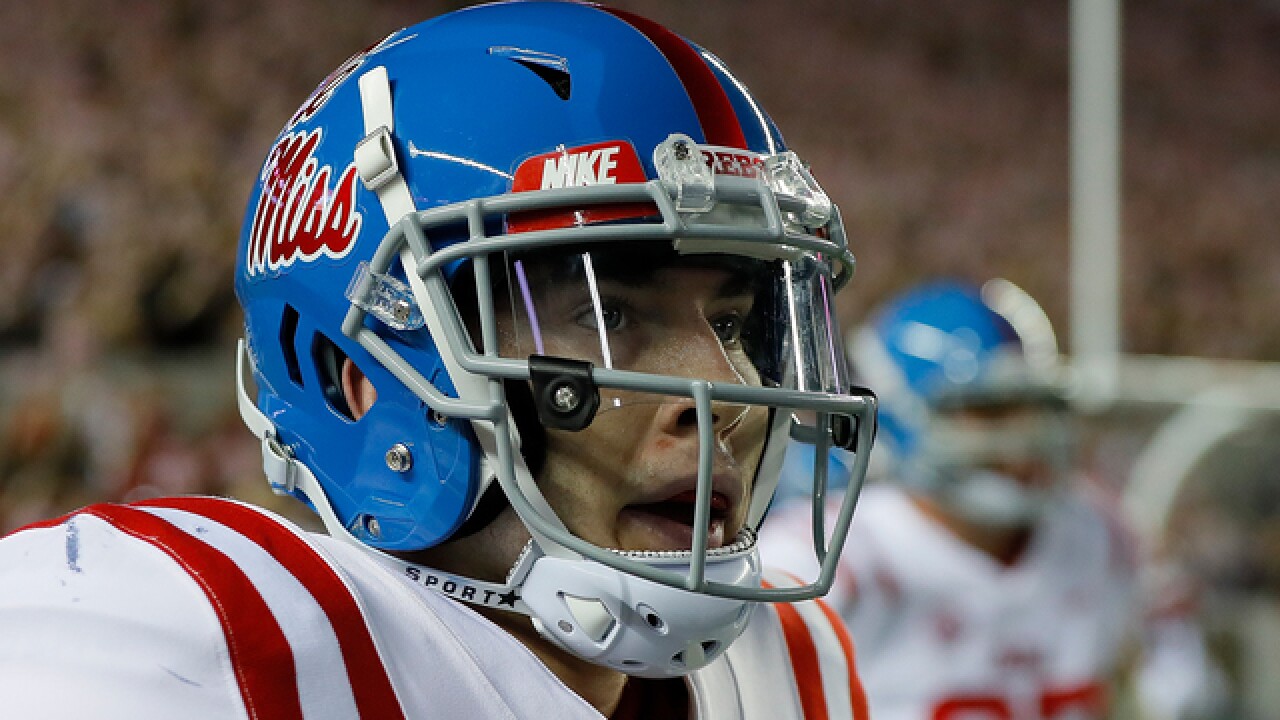 Shea Patterson waited a long time to see if he'd be eligible to play for Michigan.

He won't have to wait long to see the field once the Wolverines begin their season.

Jim Harbaugh announced Patterson as the team's starting quarterback at Notre Dame during a luncheon on Monday. Harbaugh told a group of supporters at the M Club of Ann Arbor luncheon, Michigan Football spokesman Dave Ablauf confirmed to WXYZ.

He had earlier said Patterson was simply one of four quarterbacks competing to take the first snap, along with Brandon Peters, Dylan McCaffrey and Joe Milton.

Most expected the decision to start the experienced Patterson, who appealed to the NCAA to play this season after transferring from Mississippi. He threw for 3,000-plus yards with 23 touchdowns and 12 interceptions over 10 starts at Ole Miss.