Shea Patterson saw 'opportunity of a lifetime' at Michigan 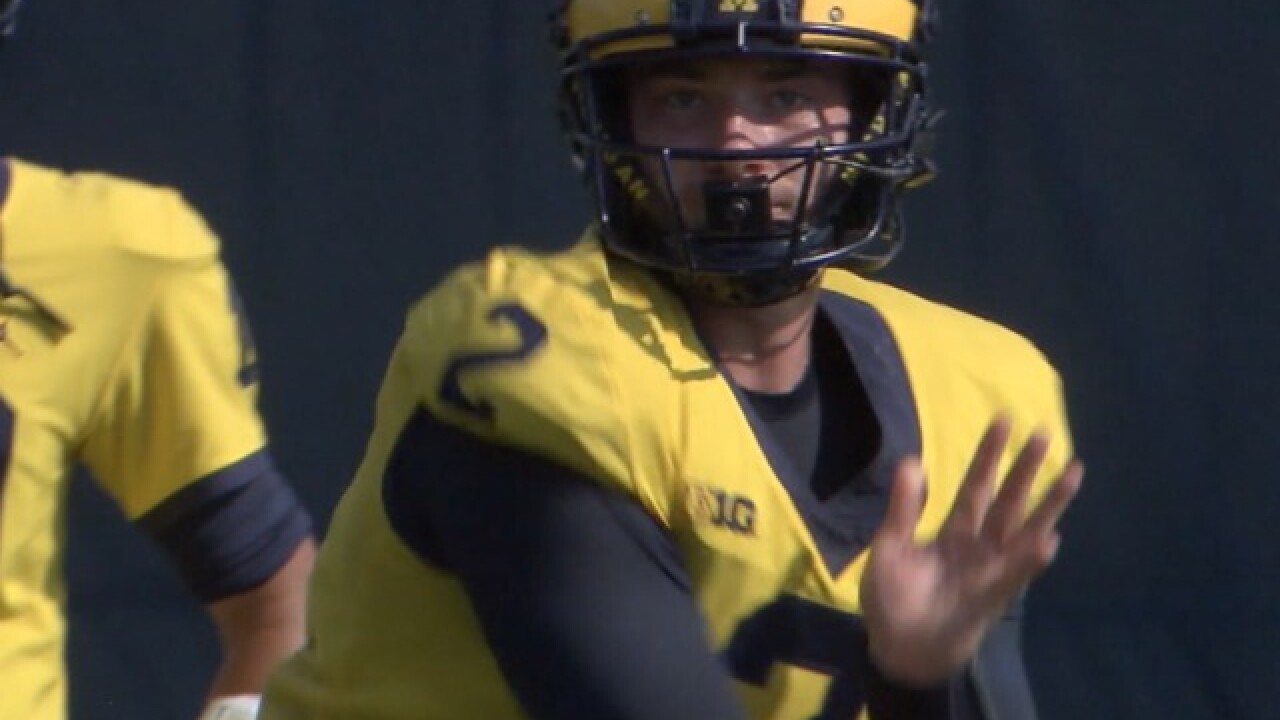 ANN ARBOR, Mich. (AP) — Michigan's offense is expected to be different with Shea Patterson at quarterback, taking advantage of his mobility and ability to throw on the move.

Patterson, though, was not interested in sharing too much about how the 14th-ranked Wolverines will look when they have the ball Sept. 1 at No. 12 Notre Dame.

"It's going to be a little bit of everything," he said Thursday night, speaking to reporters for the first time since being named starting quarterback.

He smiled after saying he's adjusting well to the team's new scheme.

Patterson appealed to the NCAA to play this year after transferring from Mississippi. His status was in limbo until finding out his appeal was successful nearly four months ago while he and the Wolverines were in Paris.

"My mindset was just to attack every day like I was going to play," he recalled. "But when I finally found out in Paris, that was an amazing feeling."

The Wolverines were pretty fired up about the news, too, because they have not had a potential star quarterback the previous three years under Harbaugh.

Patterson threw for 3,000-plus yards with 23 touchdowns and 12 interceptions over 10 starts in two years at Ole Miss.

He has become comfortable at Michigan after enduring weather he hasn't lived in since growing up in Ohio.

"It's been amazing, just making that transition over to Michigan from Ole Miss," said Patterson, who attended high schools in Florida, Louisiana and Texas. "It was really cold in the winter. That was the biggest adjustment. I'm lucky to have met a lot of good friends on this team, guys have welcomed me since Day 1."