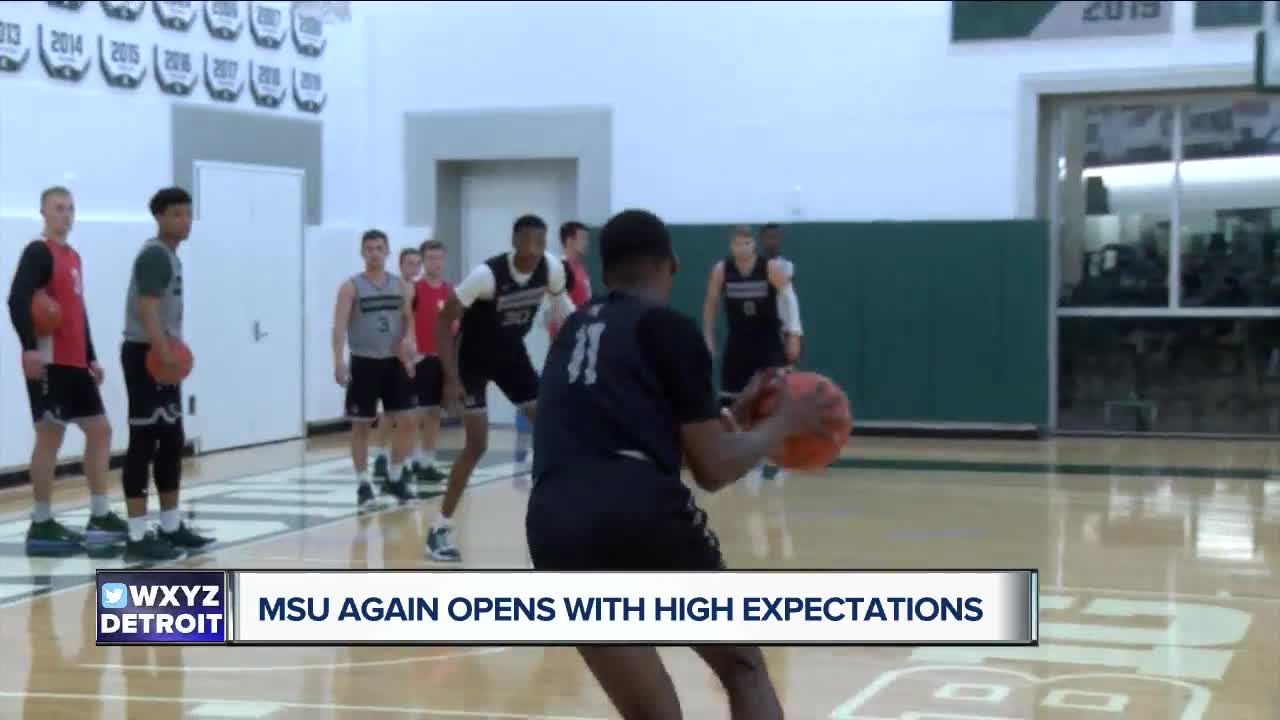 He relishes that his team was able to get there, but knows all to well that returning to college basketball's promise land is all but easy to do.

However this season, many more people will expect the Spartans to get there, and win it all.

The Spartans are the odds-on favorites to cut the nets down in Atlanta, and enter the season with the #1 ranking, something that Tom Izzo has done before, with less than stellar results.

"I'm just going to keep it honest, I like it, we're not North Carolina of 2009, but there hasn't been many teams that went number one in the beginning to number one at the end, our schedule is so good that if we're feeling the pressure it'll get knocked out of us quick," Izzo said.

There's plenty of reason for the Spartans to be placed so high, they return All-American Cassius Winston, two starters in Aaron Henry and Xavier Tillman, and will get shooting guard Josh Langford back from injury.

Not to mention Gabe Brown, Kyle Ahrens, Marcus Bingham and three freshman who might start on lesser-talented teams in Mark 'Rocket' Watts, Malik Hall and Julius Marble, who will fight for their opportunities to crack the rotation.

"We got a good basketball team, it could be a great basketball team, but we've got some great unknowns, I got a bunch of guys who have been through the wars, that have won a lot of games, that have been in some really, really big games, and have a mission of what they want to accomplish, my job will be, don't worry about our losses in October and November, try to get better every day, so that we're peaking at the right time, but it's not easy to do," Izzo added.

The Spartans kick off their season at Madison Square Garden against the Kentucky Wildcats in the Champions Classic on November 5th.