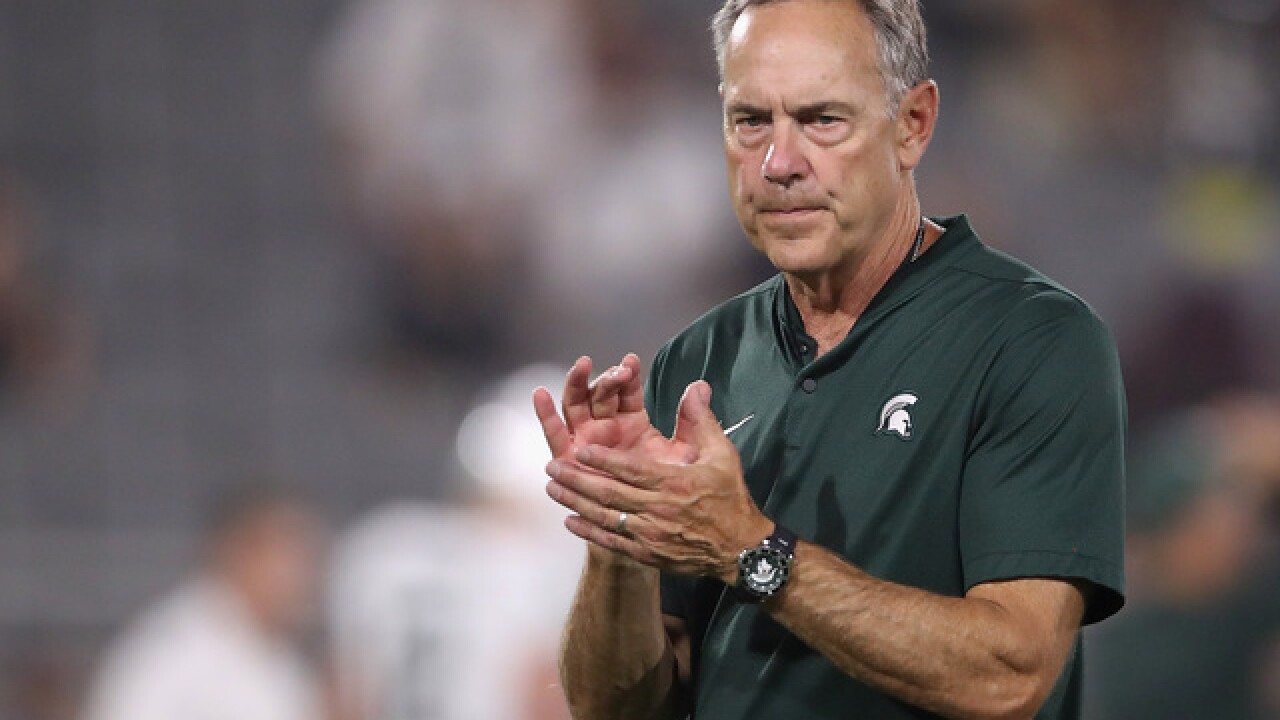 Here's what to watch in the Big Ten this week:

The Buckeyes (8-1, 5-1, No. 10 CFP) aren't hitting on all cylinders but they remain in the thick of the Big Ten East race. This, and next week's trip to Maryland, are the last hurdles before their showdown with Michigan at home on Nov. 24. The Spartans (6-3, 4-2, No. 18 CFP) are playing for a best possible bowl bid and should be plenty motivated to wreck things for Ohio State after the Buckeyes hammered them 48-3 last year.

The Wildcats (5-4, 5-1) will be West champs if they win two of their last three, and this is the toughest one. It all comes down to Thorson, who is the Big Ten's third-leading passer after coming back from an ACL tear. Northwestern must keep Thorson upright. Iowa (6-3, 3-3) has two of the conference's top sack men in A.J. Epenesa and Anthony Nelson.

Ohio State had its best rushing performance since the opener, going for 229 yards on 40 carries against Nebraska. The Buckeyes' opponent this week, Michigan State, ranks first nationally in rushing defense. The Spartans allow 71.4 yards per game and held its last two opponents to season lows on the ground. ... The 55 points against Minnesota were Illinois' most in a regulation Big Ten game since scoring 55 against Indiana in 2008. ... Nebraska's Devine Ozigbo needs 204 yards to become the school's first 1,000-yard rusher since Ameer Abdullah in 2014. ... Maryland is the only FBS team with two kickoff return touchdowns of over 95 yards (Ty Johnson vs. Michigan and Javon Leake vs. Illinois). ... Indiana S Jonathan Crawford has started all 47 games in his career, and his nine career interceptions rank eighth nationally and is tied for first in the Big Ten among active players. Michigan's eight-game win streak is its longest since the 2016 opened nine in a row before finishing 10-3.

QB Alex Hornibrook of Wisconsin (6-3, 4-2) sustained his second concussion in three games against Rutgers last week and is questionable. Conditions don't seem right for a Wisconsin win here. But this isn't a vintage Penn State team, and it's a mystery how the Nittany Lions (6-3, 3-3, No. 20 CFP) will respond after getting demoralized in a 42-7 loss at Michigan.

Motivation won't be a problem against Nebraska (2-7, 1-5). The graduate transfer began his college career in Lincoln, leaving after two seasons to look for playing time. He found it after stops at a junior college, Virginia Tech and now Illinois (4-5, 2-4). The 6-foot-4, 225-pound Bush is coming off his best game. He ran for 127 yards and two touchdowns and completed 18 of 25 passes for 216 yards and two TDs in a 24-point win over Minnesota.