Spartans' re-tooled offense to face No. 8 Badgers' No. 1 defense 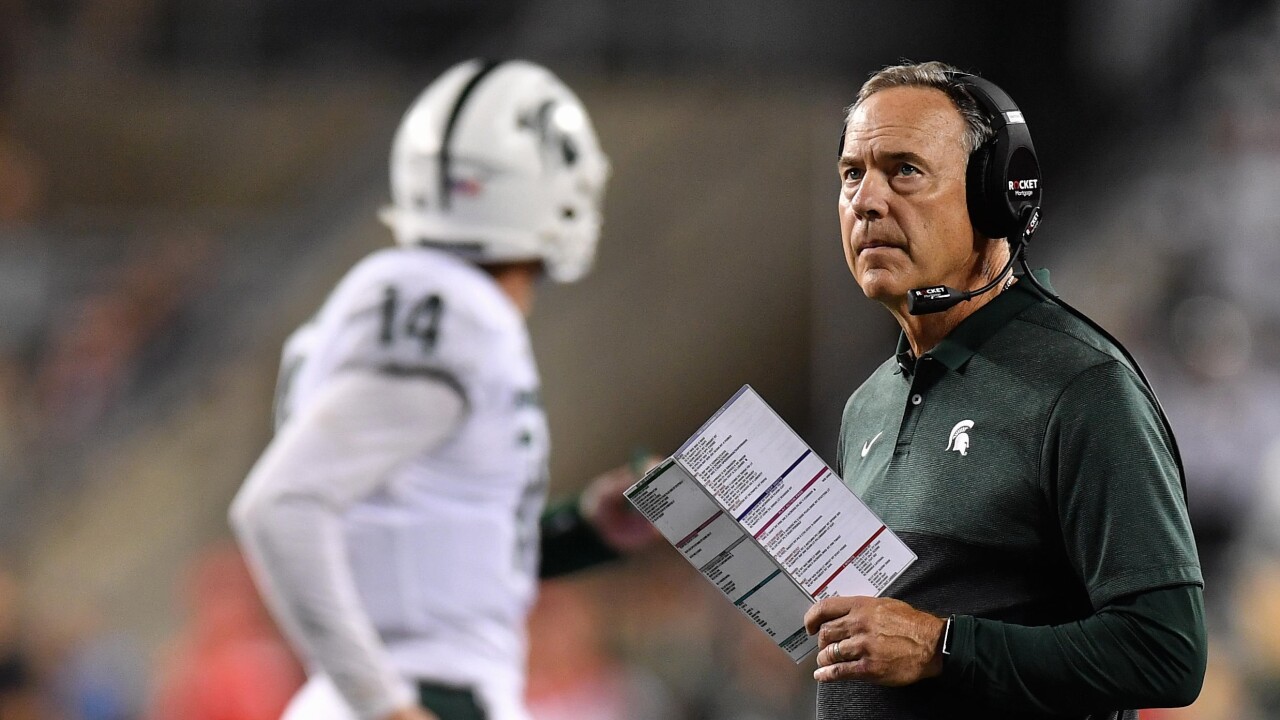 MADISON, Wis. (AP) -- Mark Dantonio made some changes on the offensive side of the ball during the offseason.

"I think they operate very well together," Dantonio said of the Badgers defenders. "They are very well tied together. You can tell it's team defense. They have a lot of guys making a lot of plays and they are bringing people from every direction at times."

Wisconsin leads the FBS in total defense (178.6 yards per game), scoring defense (5.8 points per game), passing defense (131.0 ypg) and third-down defense (.159) while ranking second in rushing defense (47.6 ypg). Senior linebacker Zack Baun had three sacks for the Badgers last week in a win against Kent State to bring his season total to six, which ties for sixth most in the FBS.

Wisconsin has 21 sacks in five games this season, two more the total in 13 games last year. It is the first time the Badgers have three shutouts since 1937.

"We haven't even reached our goals yet," senior linebacker Chris Orr said. "We haven't played the perfect game yet. That's what the main goal is. We kind of don't talk about more than just one week during the season, so right now we're just focused on whatever we can do to demolish any plans that Michigan State's offense has. That's all we're talking about."

"He attacks the ball, strong," Wisconsin cornerback Faion Hicks said. "He's not really a blazer, but he uses his routes -- good route-runner -- to get open. Strong hands. But other than that, though, I don't think it's too much of a worry."

The Spartans have relied heavily on senior quarterback Brian Lewerke, who is averaging more than 35 passing attempts per game. Lewerke has completed 124 of 212 passes (.585) for a Big Ten-leading 1,543 yards, 11 touchdowns and two interceptions.

Wisconsin is 33-5 at Camp Randall Stadium since the start of the 2014 season. Only Clemson (37-1), Alabama (37-1) and Ohio State (36-3) have higher home winning percentages during that span. The Badgers last played the Spartans at Camp Randall in 2012. Michigan State won 16-13 in overtime.

SPARTY VS. THE BEST

Despite the Ohio State loss last week, Michigan State has consistently produced wins against highly ranked teams under Dantonio. The Spartans are 10-8 in its last 18 games against teams ranked in The Associated Press top 10 , including a 9-8 record since 2013. The Spartans have won 14 of their last 25 games played against Top 25 opponents.