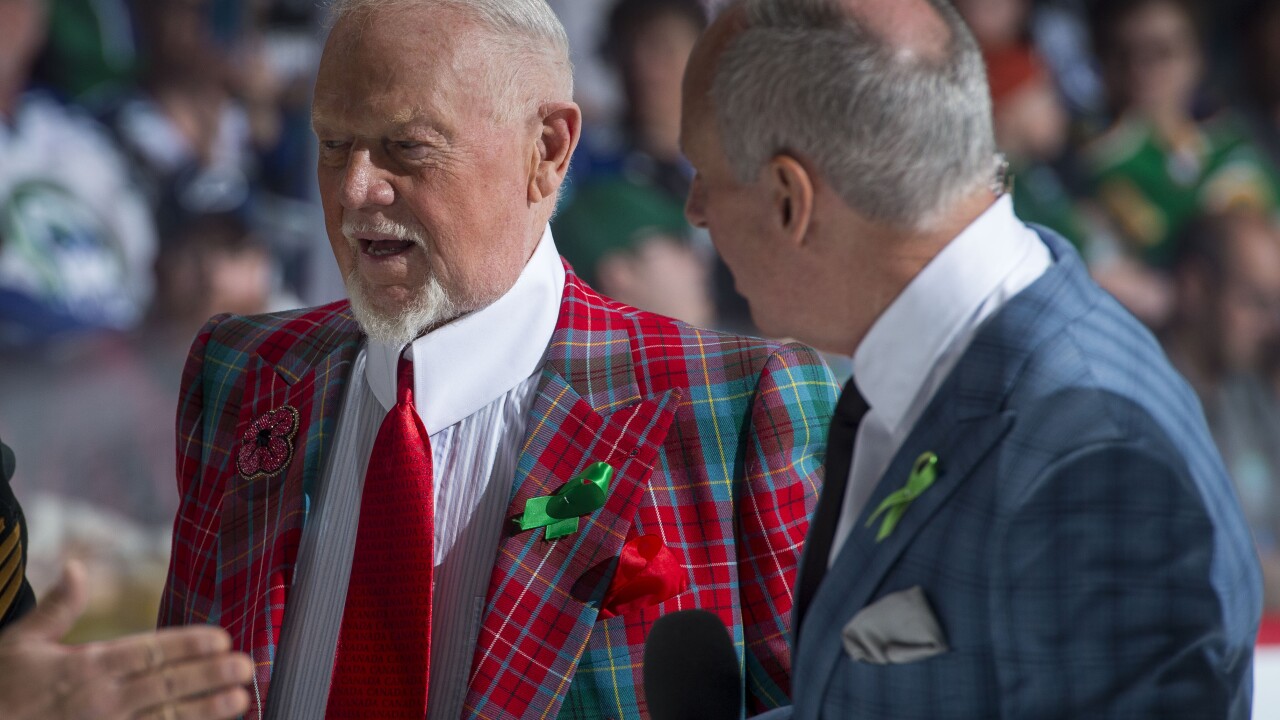 The 85-year-old Cherry, who has been criticized in the past for his outspoken conservative politics, seemed to single out new immigrants in Toronto and Mississauga, Ontario, where he lives, for not honoring Canada's veterans and dead soldiers. He said he didn't see immigrants wearing poppies to honor the country's fallen on Remembrance Day, which will be observed on Monday.

"You people ... you love our way of life, you love our milk and honey, at least you can pay a couple bucks for a poppy or something like that," Cherry said on Saturday night's "Coach's Corner" segment, broadcast on Sportsnet.

"Don's discriminatory comments are offensive and they do not represent our values and what we stand for as a network," Yabsley said. "We have spoken with Don about the severity of this issue and we sincerely apologize for these divisive remarks."

Cherry did not immediately respond to a request for comment from the Canadian Press.

The NHL issued a statement critical of Cherry's remarks.

"Hockey is at its best when it brings people together," the league statement said. "The comments made last night were offensive and contrary to the values we believe in."

"We're proud of diverse cultural heritage and we'll always stand up for it," she said on Twitter. "New immigrants enrich our country for the better. We're all Canadians and wear our poppies proudly."