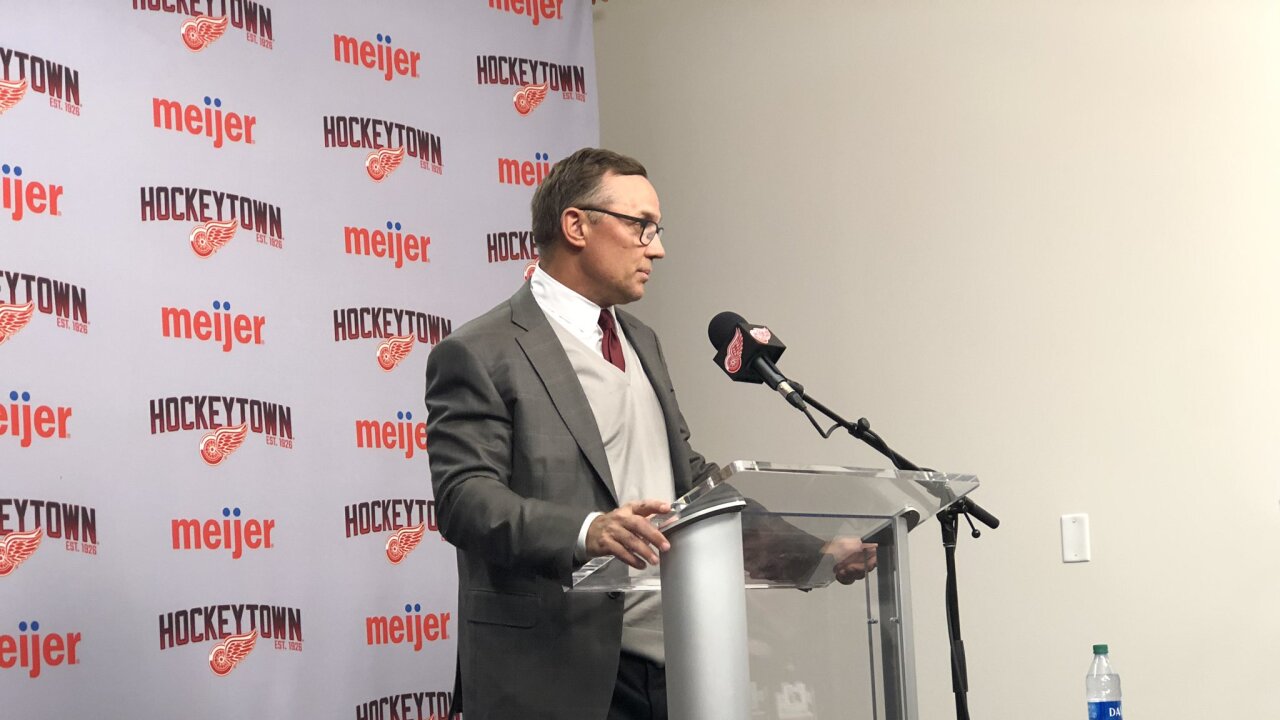 DETROIT — Steve Yzerman said at training camp he wanted to get to know the Red Wings players on his roster before he made a decision about naming a new captain.

He has a timeline now to name one.

Asked on Monday if he planned to name a new captain before the 2020-21 season, Yzerman had a short answer.

Steve Yzerman said the Red Wings plan to name a captain before next season. pic.twitter.com/RAarLIWnll

Yzerman has been the Red Wings general manager since April. Dylan Larkin seems the most likely option to wear the 'C' last worn by Henrik Zetterberg, and by Yzerman for 19 seasons.